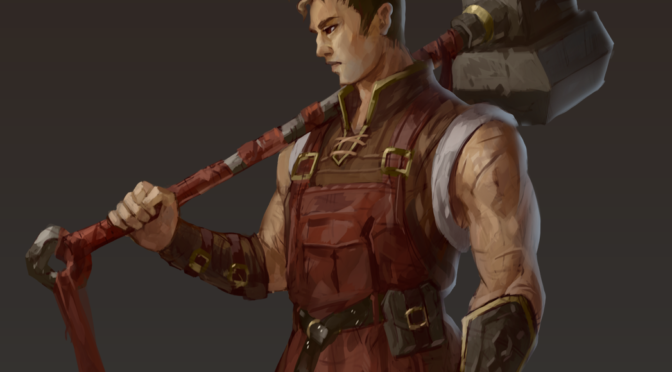 Hey there folks.  Though it has only been a few weeks since we’ve had some awesome Hozure work to show off, it feels like ages to me. We’ve got another cool bit of character art to get into though, and this one finishes up our Bindings of Fate “trinity”.

Christopher Linus is an interesting character.  In the books, he’s the kind of character who sits right alongside Kaos and Steel Tip as heroes who’ve lost it all and come up from nothing.  As it turns out though, Christopher’s life wasn’t all that great to begin with. 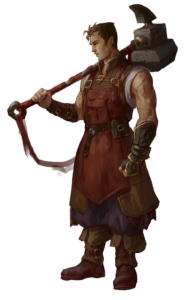 In an as yet unreleased encyclopedia entry for Christopher, we discover that his parents were essentially cultists, though not perhaps as bad as some in fantasy are portrayed.  Our hammer-wielding hero had his share of ups and downs long before Juramentado made a mess of his hometown. 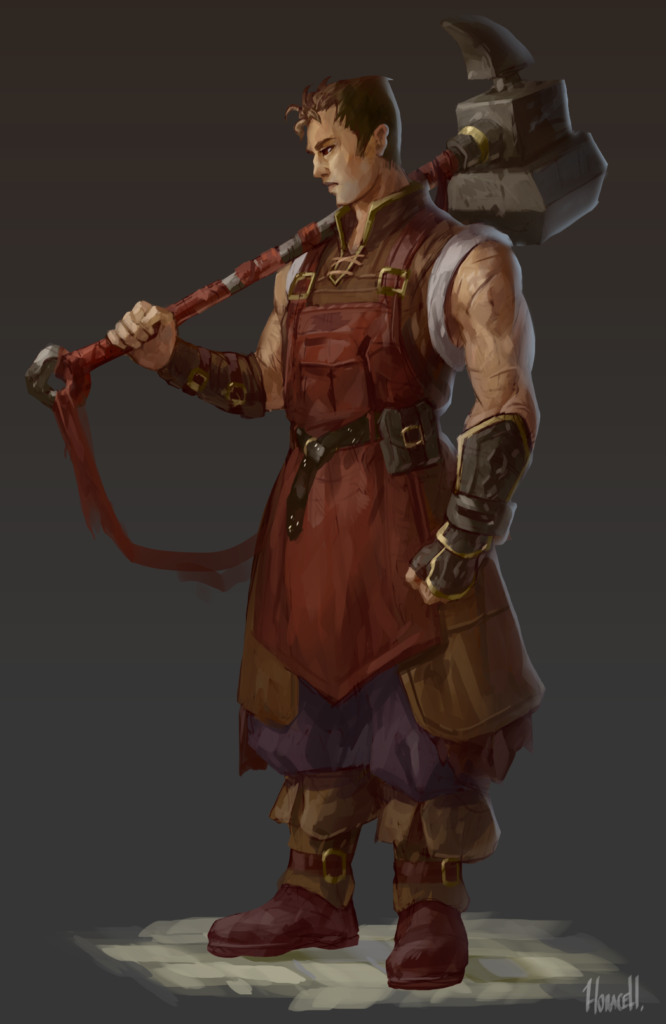 Christopher still bears the scars of his past, but only some of them are visible.  Thanks so much to Hozure for doing such an incredible job.  Our figure artist is wrapped through 2016, but you can expect to see more from him early in the new year.