Howdy folks.  It’s been a few weeks since we showed off one of our new “baby” characters, and we still have two left!  Well, scratch that.  There’s just one more after today.  Rather than get all sad about another of these sets coming to an end, let’s celebrate another awesome piece by Cristiano Reina. 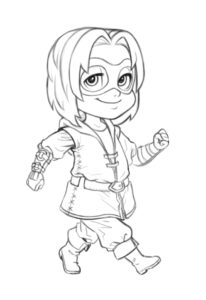 We’ll start off with the sketch of Kelvin.  Now a lot of people who have seen the Reinforcements box art will notice that it’s an older Kelvin who we featured, and he didn’t have the green domino mask.  So why give him one here?  Well, when Kelvin was younger, he wore the green mask as “The Emerald Adder” – and sure, there’s no reason why he should have had it with him if he was babified, but hey… I’m having fun with this so it works! 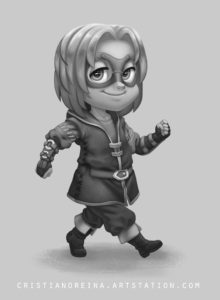 Then let’s look at the next step, a black and white version.  You should totally check out Cristiano’s artstation site at the bottom there too. 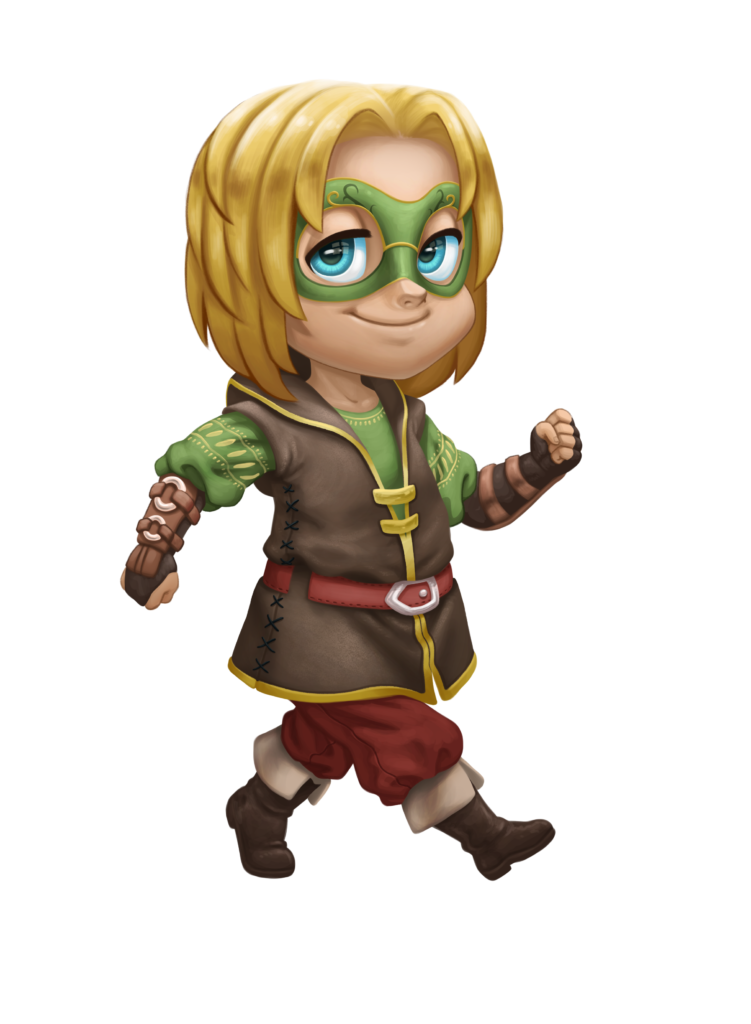 Here you can see all the green you’d expect, mixed with a fair amount of brown that really works for the character.  Some day I’ll get a version of this where he has his green cloak, but the cloak itself won’t have shrunk, haha. 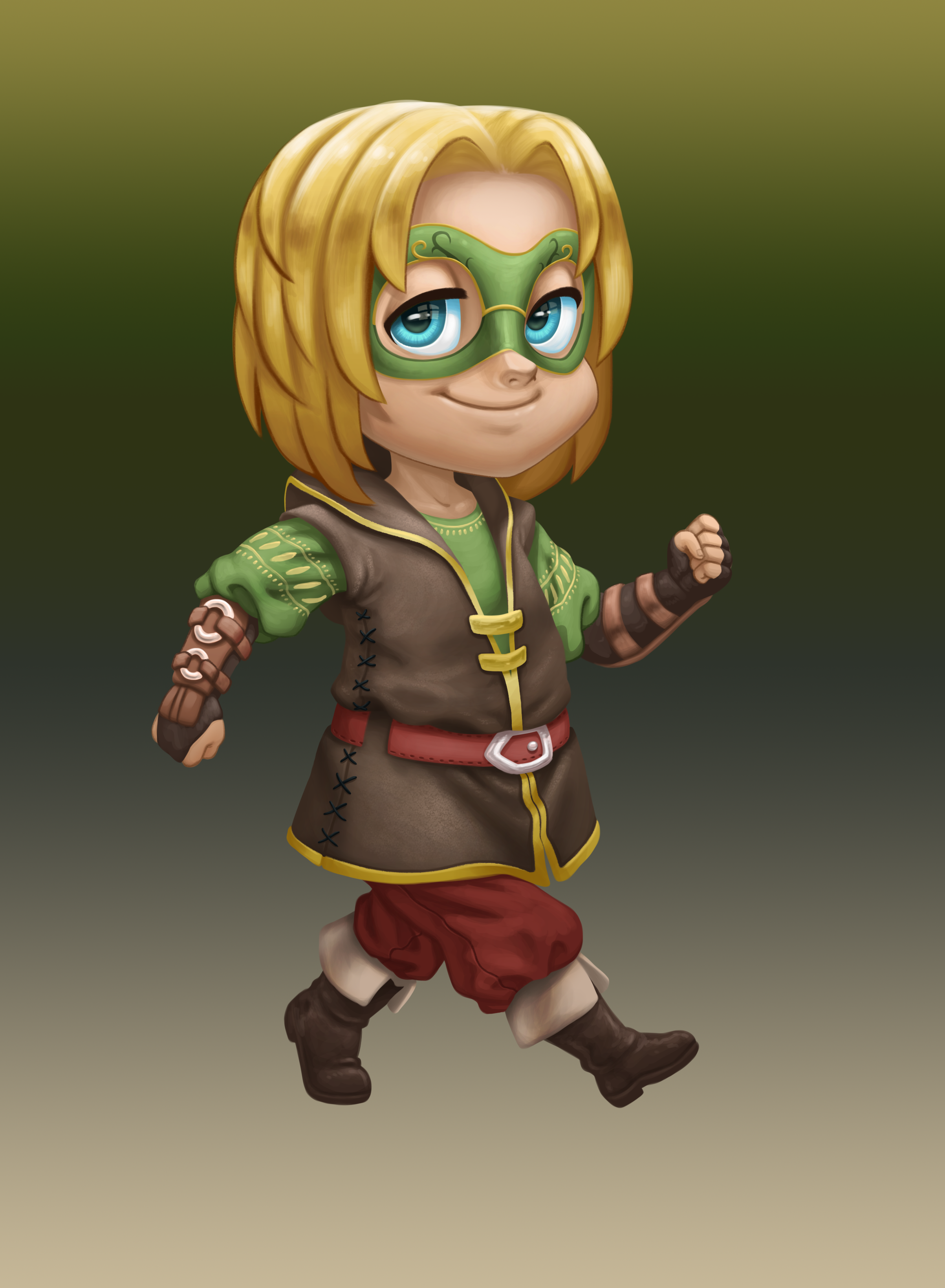 And here we have the full version with a nice background that’s reminiscent of his adventurer card from the Reinforcements pack.  Cristiano did a lovely job with this one.  Just don’t forget—we have one last piece of the set to show off!  Stay tuned in a few weeks and we’ll be back!