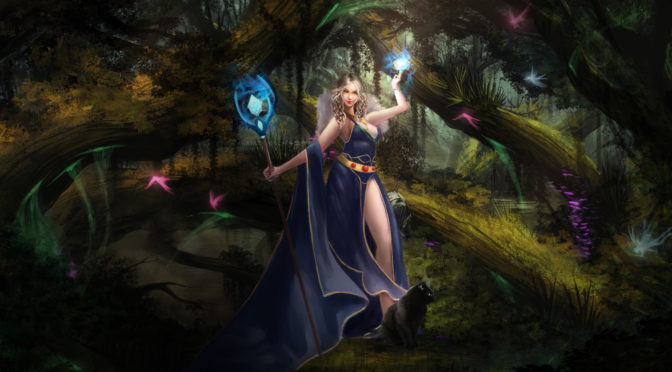 Well he we are again folks!  And on a brilliant August Wednesday, where we’ll now be showing off art for the foreseeable future. We’re doing this to also give Tellest another day on the market featuring our own content now that we’re about ready to drop some bigger news on a more consistent basis.  Art Wednesdays will be joined by short story Mondays and a smorgasbord of Tellest related content on Fridays, whether that’s a promotion for one of our books, a sneak peek at a new project, or some other pretty cool feature.

That’s something to think about as Friday rolls around a little closer, but for now, let’s focus on this instead: a new art piece from a new artist! 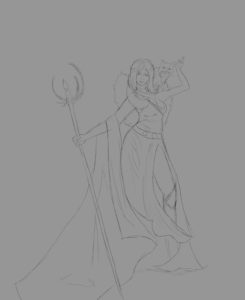 That right there is a nice sketch from Jackie Wei, an artist that we tested out a while back.  She’s tackling Adelia again, because you can never have too much art featuring Miss Kreegan, right? 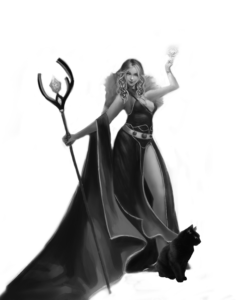 That sketch evolved into a really cool, flowing gown, though you can see the rest of the outfit fits right in with Adelia’s more popular threads.  Oh, and look… there’s even a feline companion! 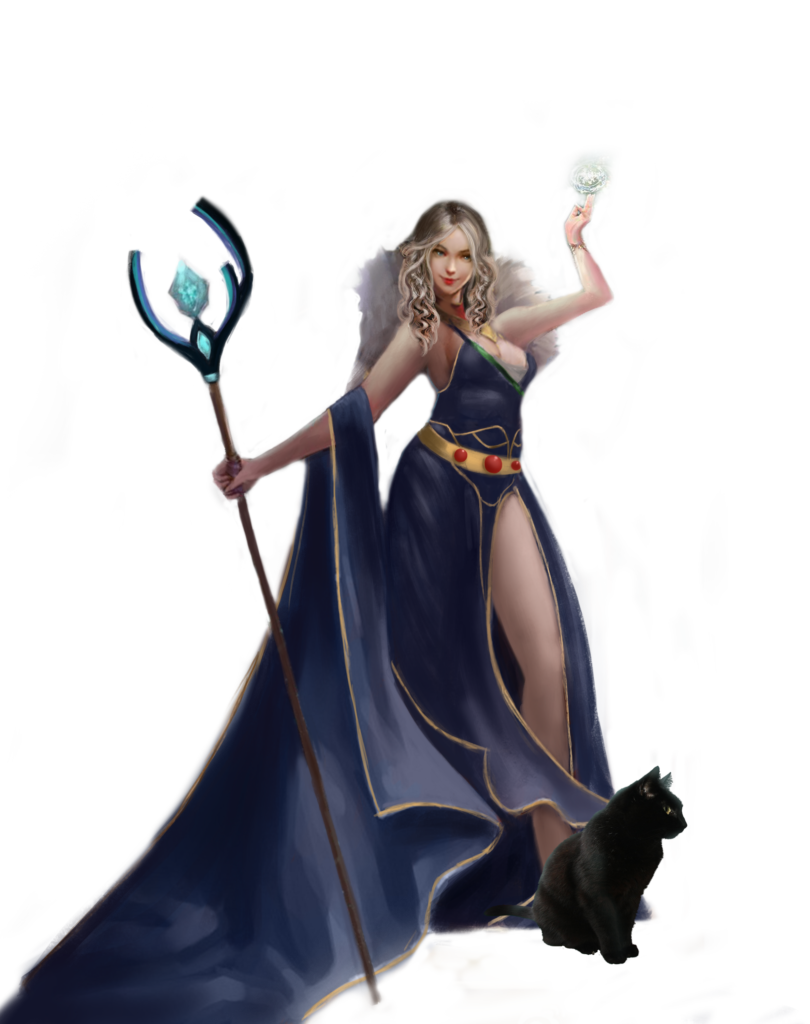 Once you add a dab of color, it pops even more.  We invited Jackie to take some inspiration from some of our other art, and throw Adelia into Folly’s Glen if she wanted to. 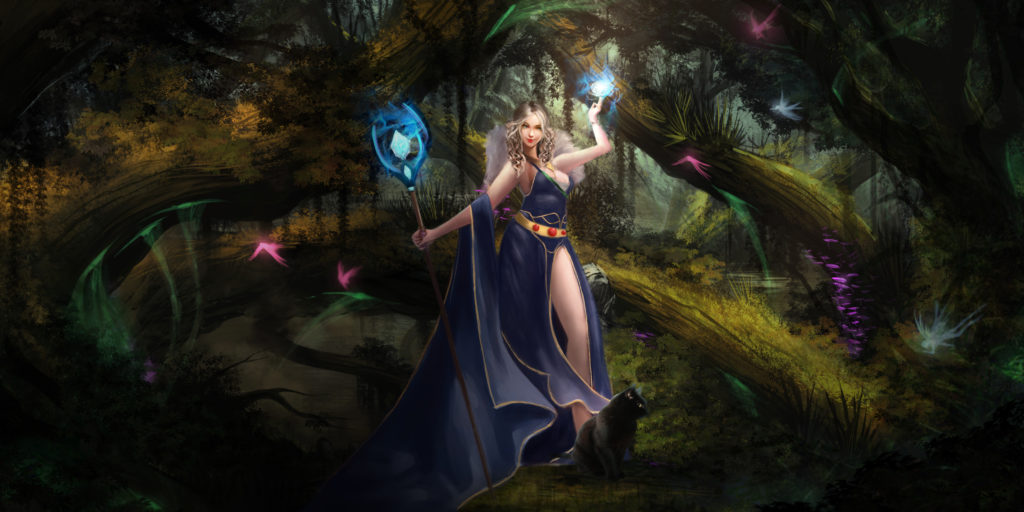 And that is just what Miss Wei did.  She utilized Dena Helmi’s concept art of Folly’s Glen, and dumped Adelia right into it.  Who’da thought, right?  In this last bit, you can see that Jackie added some magic to the appearance as well.

That’s it for now, but stay ready for next Wednesday when we return with more great art from one of our tried and true artists.

And make sure to come back here on Friday, when we’re announcing an awesome deal leading up to an awesome event later this month!