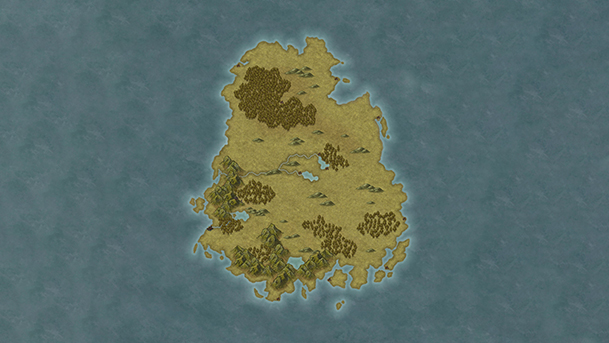 ‘Ello there, travelers!  Once more, it is time to look at another of the Tellest continents, and see how yet another place in the world that we haven’t quite been able to spend as much time in as we have with, say, Draconis.  We’ll just scratch the surface here today, as we look at the continent of Tarson.

We’ll start by looking at the three kingdoms that have the most influence on the continent (whereas you’ll see a lot of unclaimed land in the northeast).  In the yellow, you have Karnath, ruled over by a man named Jaxom.  Interestingly, in the previous timeline, Jaxom had much more influence over the world, having essentially annexed parts of Saveon to serve his purposes.  He’s got no such luck here, unfortunately, as his primary goal is just stopping the infernal demons from spilling over into his kingdom.  Those demons are mostly coming from the kingdom represented in red, Eldea.  There are portals to another world there that have not been closed, no matter how hard Jaxom has tried, and no matter how many allies he’s called on or made throughout the years.  Unfortunately, it seems it is a battle of attrition that he cannot win, and he’s slowly preparing for the end.  Those in blue, however, the kingdom of Raskon, could care less about the demons—as long as Jaxom keeps up the fight.  They’d just as soon retreat to their mines, where a tremendous amount of valuable gemstones are found.  Of course, there are those who think that, if gems can still be found on the eastern side of the mountains, there must be many more worth risking on the western side.

Without those three kingdoms changing the color palette of the continent, this is how everything looks: 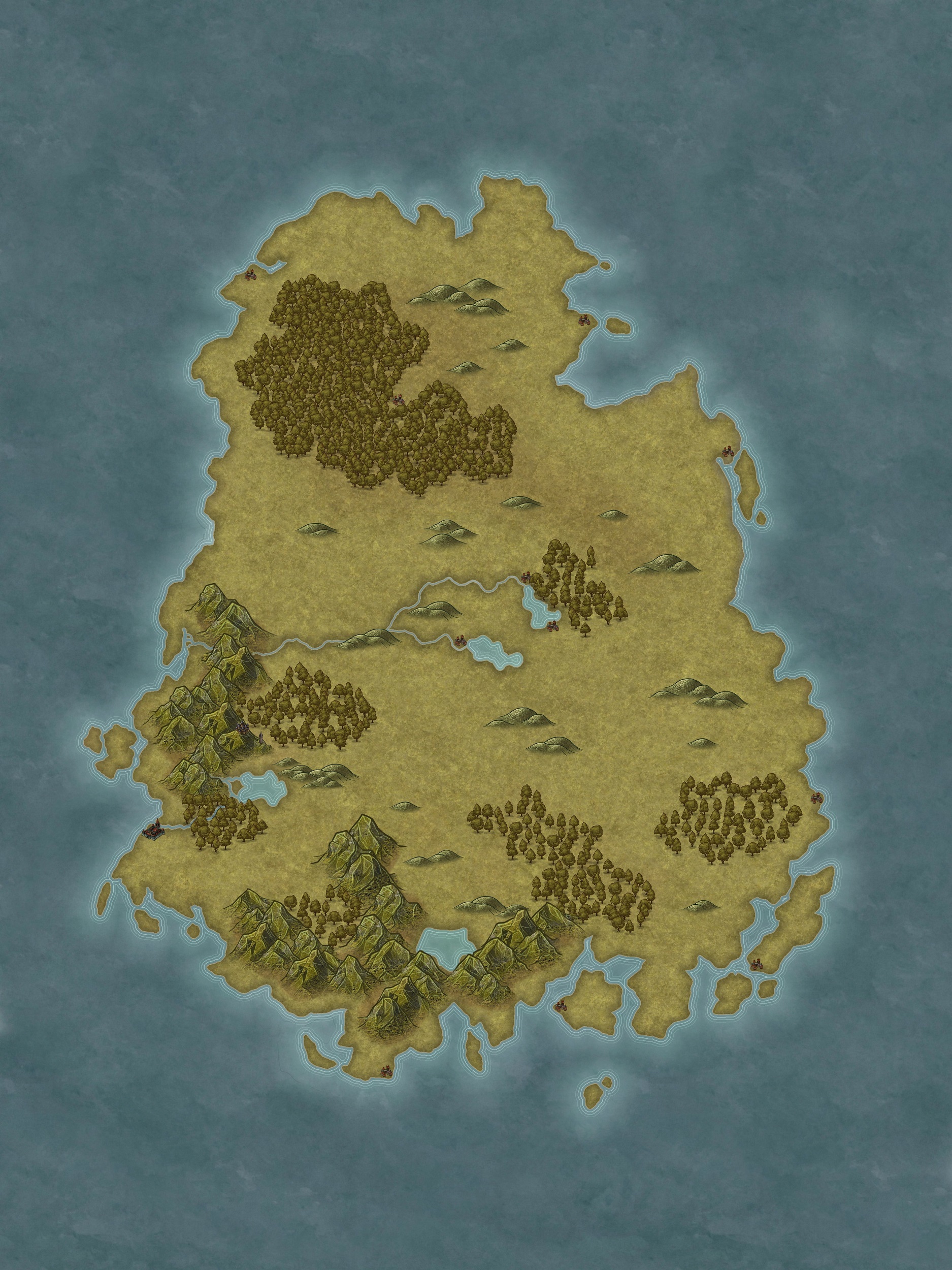 And then of course, we’re also going to show an ever so brief look at this part of the world if you were to pull the curtain back a bit.  We haven’t spent a considerable amount of time here yet, but we do know of Jaxom, and a few other hidden characters that we aren’t prepared to show off yet.  But, in addition, we know that one of our characters from Quantum Quest, Breggin Toll (not popular enough to make his way into the novelization though, I’m afraid) from Narwynne is part of the continent as well.  We show both of them on the “writer read” and “city” layers that you’ll see a quick look at below.

Tarson hasn’t seen much of a change to the map since I first completed it, but we do know that it is going to be a fairly considerable part of the series as we move forward.  It’s just a slow march before we figure that out a bit more.

Now that Tarson is done, we just have one more map for the year, which is coming up just at the end of December.  It’ll be here before you know it.