Greetings Tellest fans!  We’re excited, today, to show off some awesome art from our first big spinoff project, Quantum Quest.  Most of you likely know that we didn’t do so well at Kickstarter last November.  Well, we’re back on the crowdfunding site this month, asking for a much more reasonable amount of money.  We’re already successful in funding, and now we’re trying to get more funds in order to reach some stretch goals.

One of the things that you’ve seen, most likely, is the completed artwork that’s going on the Quantum Quest game box, and what we’ve used for our Kickstarter.  What you have not seen just yet is the steps we took to get there.  Let’s change that today! 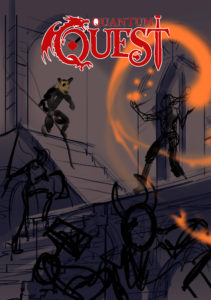 Internally, we knew which of our characters from the game set we wanted to feature on the cover the most.  We voted on our favorites, and went from there.  I wanted some cohesion between the Tellest books and the Tellest games, so I reached out to Leo to do banner art that would have felt a lot like a front book cover anyway.

Obviously we had already had the logo in place, thanks to Francois.  Leo also had the benefit of looking at the card art we already had, and the bunch of art we had in place for Alicia. 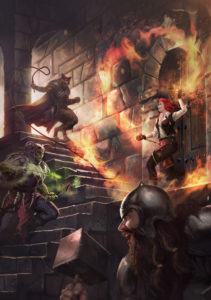 Here’s something curious, and I hope Leo doesn’t take any offense to me teasing him a little bit.  Every time he takes a character that has red hair, he always makes it bright, fluorescent red.  I wonder if there’s something getting lost in translation between us. 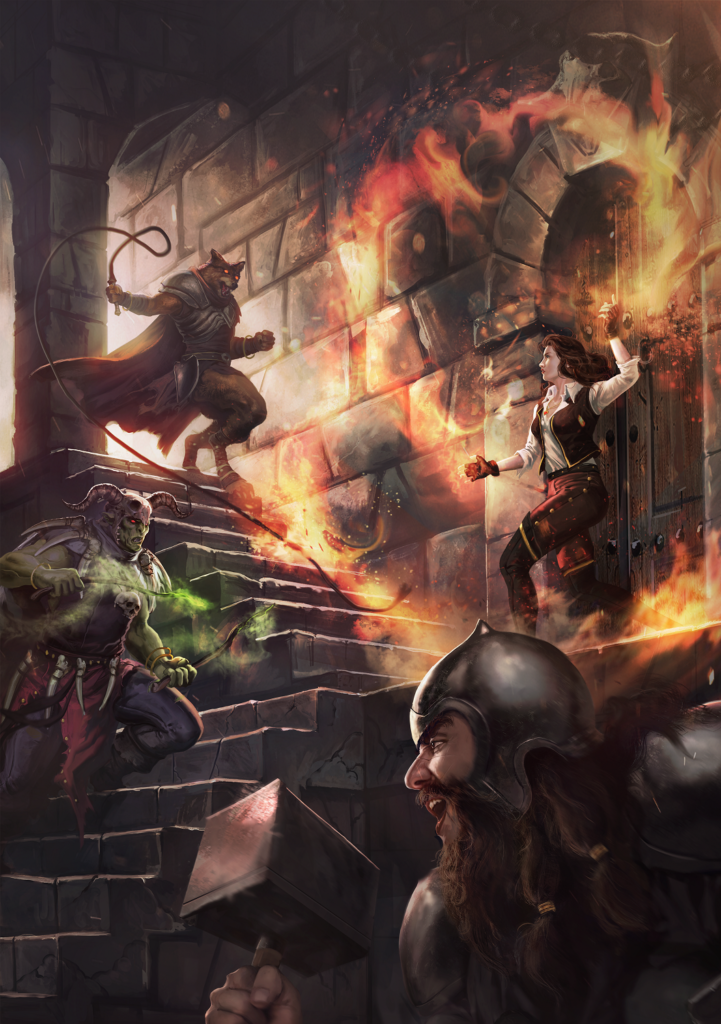 After tweaking the hair, we had our semifinal cover.  It was fantastic, and it remains one of my favorite works that Leo has done thus far.

And here’s your grand finale, with the logo and everything.  I hope you like what you’ve seen, and are eager to see where we go with an eventual expansion!

If you want to check out the game on Kickstarter, just click this link.  Hope you like what you see!