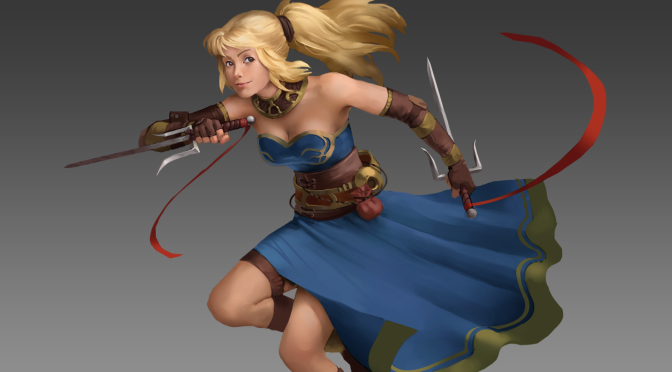 Well folks, it’s that time again.  As Darkness Falls is certainly getting some love lately, and we’re here to bring you another interpretation of someone you’ve seen once or twice before.

We last saw Zoe Hart in the style of John Becaro.  She had a distinctive look when compared to June Jenssen’s version of the character, but of course we’re always interested in other people’s take on the characters we create.

And so, today we give you Skence’s version, where you might see our second generation hero as a figurine. 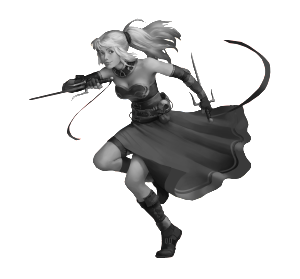 This is the first time that we’ve seen Zoe with both of her sais. She still has her playful demeanor, but there’s something a little more threatening about the way she handles herself with twin weapons. 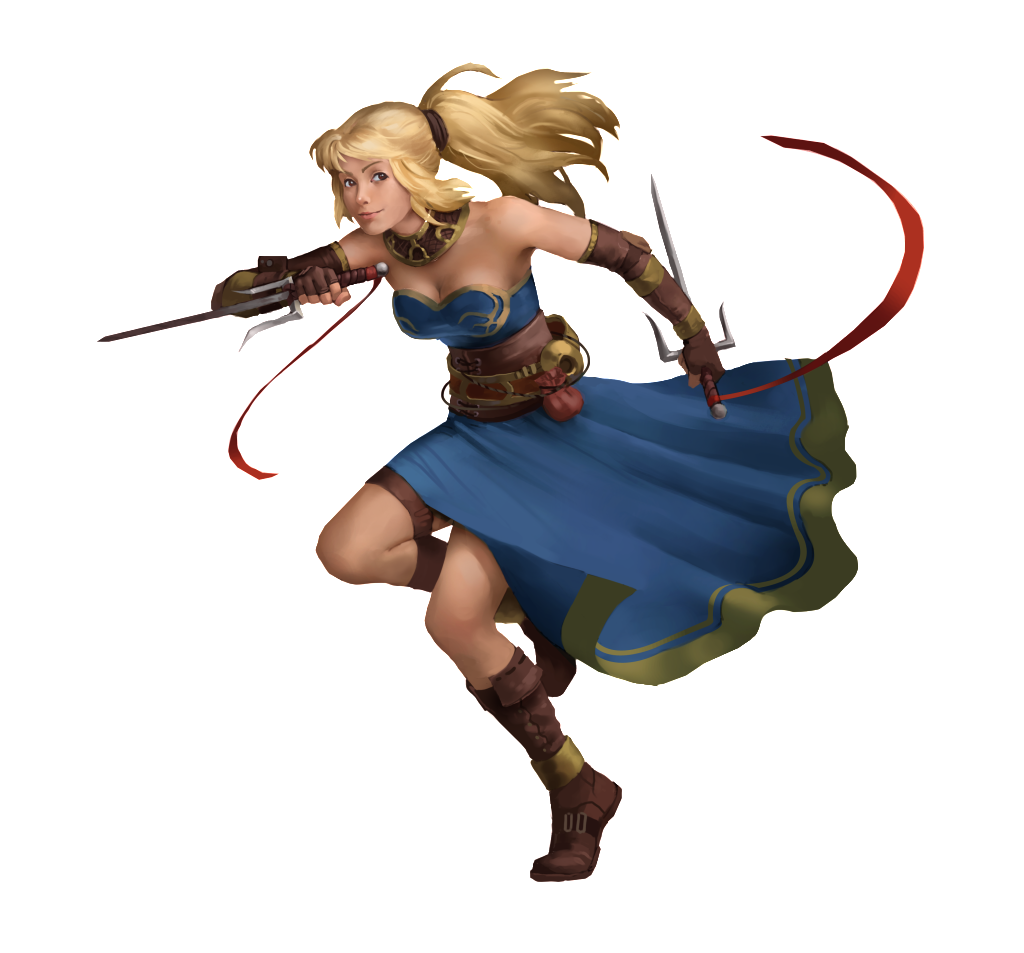 That smirk is definitely one of confidence.  Zoe comes from a family of heroes, so she has reason to believe she has what it takes.  First and foremost, her father is none other than the knight of virtue, Randall Hart.  Her adoptive uncle, Grant Scott, is another one of the fabled heroes.  And to round it all out, we also have her brother Garrett, who has his own courageous qualities. 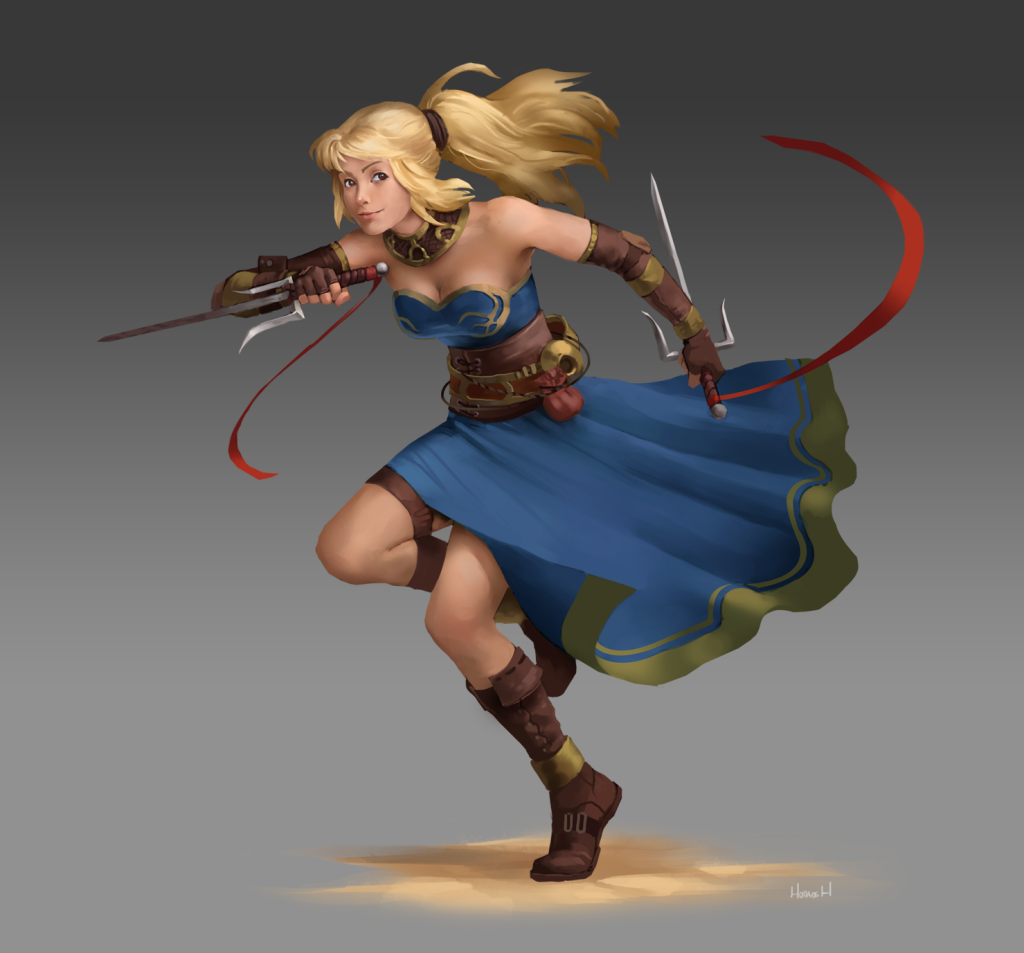 Zoe featured prominently in As Darkness Falls, but we only saw her a little bit in The Enemy Within.  There’s word around the water cooler, however, that it certainly wasn’t the last time we’ve seen her!

Stay tuned for more work from Skence, and more heroes from the world of Tellest.