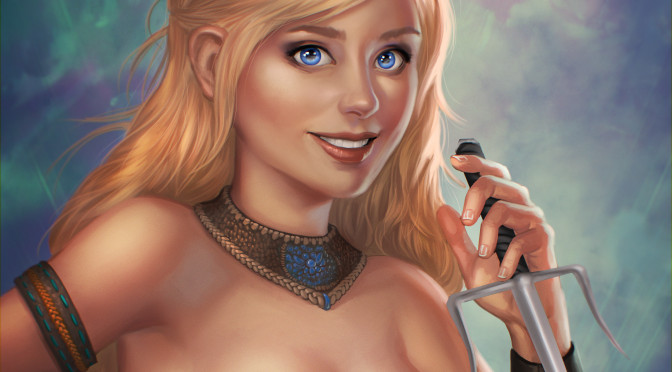 A couple weeks ago, we brought you one of our first art two-parters in a long time.  There was a lot of work that went into making Zoe Hart awesome, and we wanted to make sure June Jenssen was properly represented for her fine work.

Here’s where we left off:

Of course, a lot changed after that image.  June did an awesome job with the rest of the piece.  Let’s get to it!

We had some need to change certain colors on the character.  We conceptualized Zoe with a more turquoise or teal kind of hue – it made her a little more feminine, yet bold. 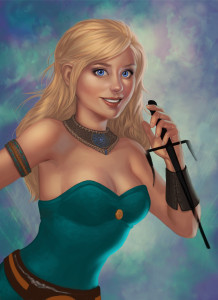 The second to last big change was heavy on shading.  June made Zoe look vibrant and energetic, and she really pops now. 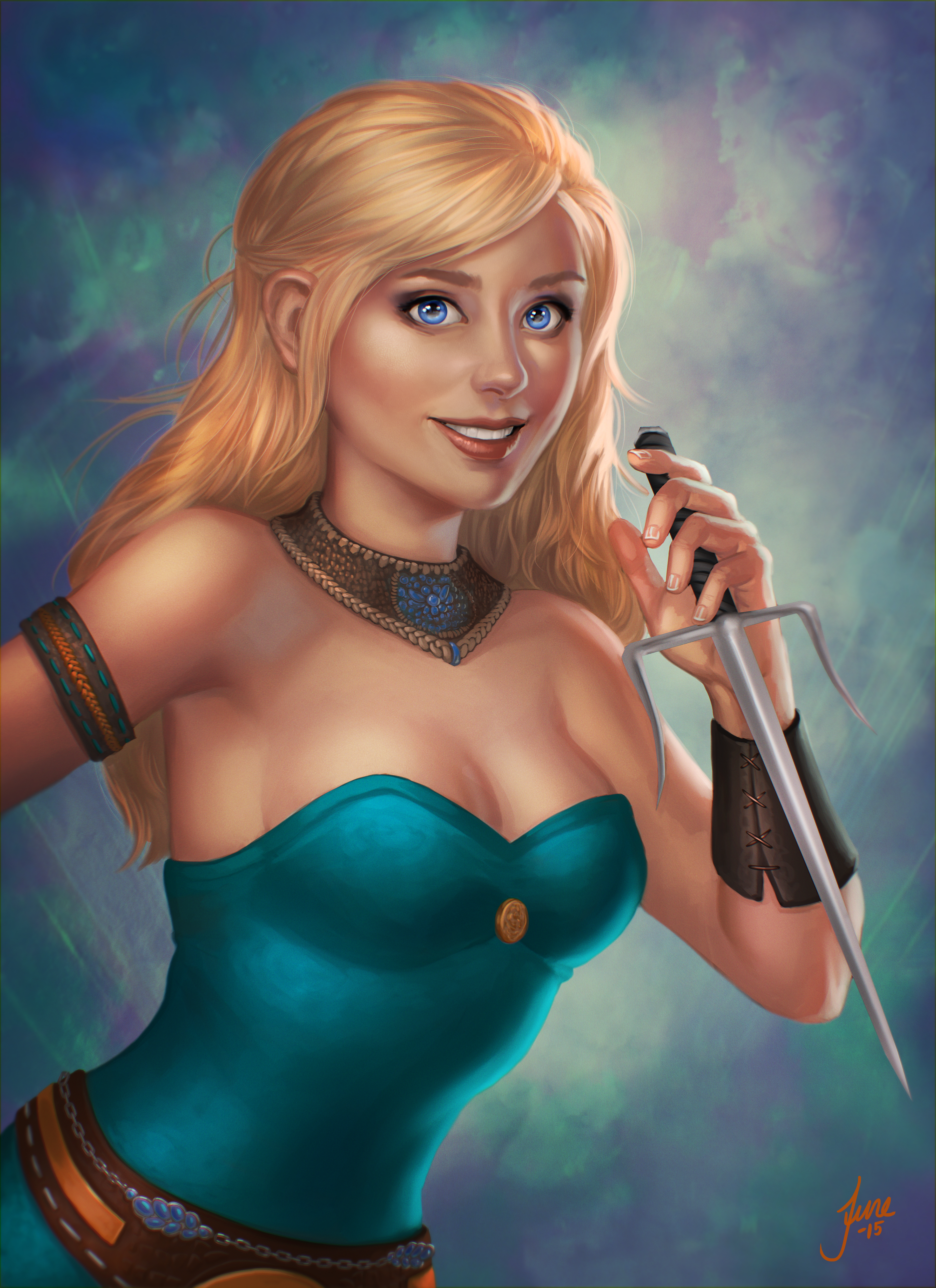 Still, as many changes as we went through, nothing could have prepared us for how awesome Zoe looked in her final iteration. June gave us this last piece, and we were floored.  It’s so good!

We’re excited to work with June again.  Cross your fingers that it’s sooner rather than later!