I pulled a sneaky on ya!

If you were around on Monday, you might have seen our gag about Bewere Bears: The Guardians of the Lumibug Forest.  Now, a lot of people who knew about little goof have been clamoring to make that real.  A parody of the Care Bears where the characters are tough as nails and ready to throw down?  I can see the appeal!

But, it’s important to know where we started from before we get out of control here.  We were lucky enough to have a chance to collaborate with Luigiix, who gave us some beautiful concepts that I then went and defaced all in the name of humor.  The original characters are so much cooler than my little edits.  Let’s take a look… 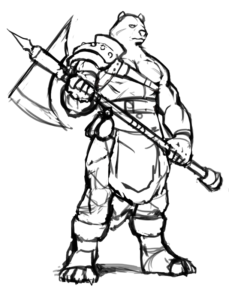 Luigi started us off with a sketch of the male werebear.  Even at the onset, we knew this guy was gonna be a big tough guy.  Look at the size of that axe! 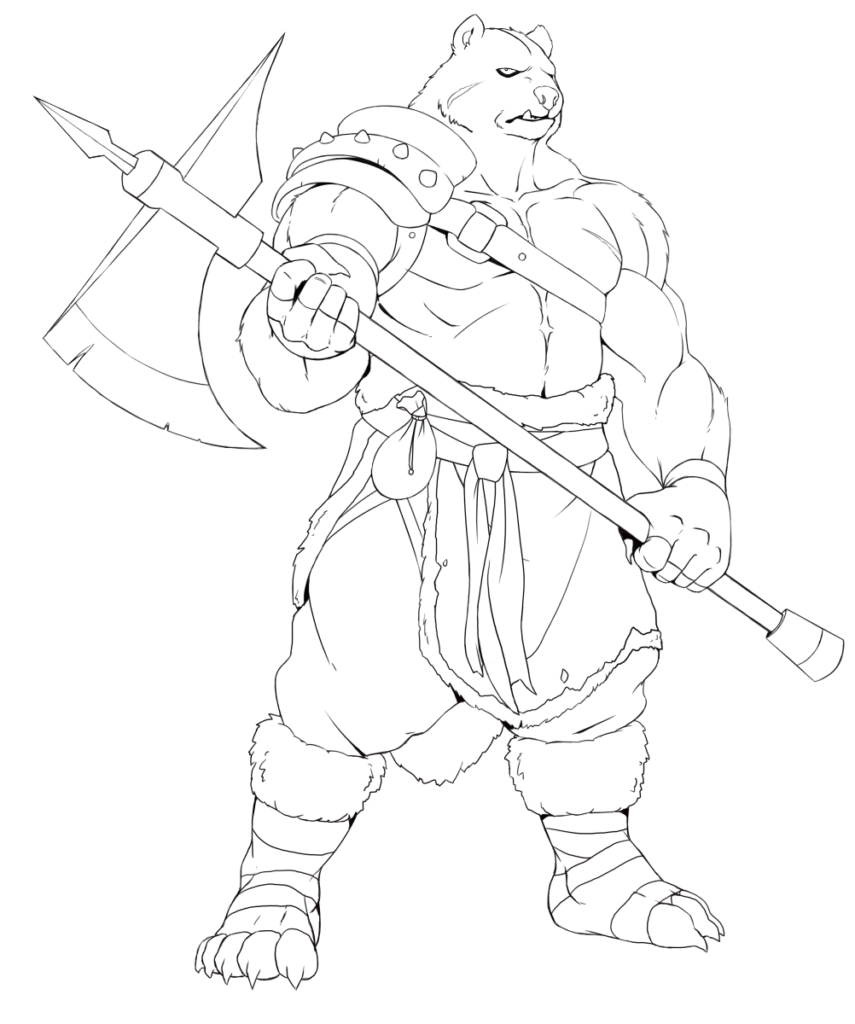 The lineart showed some more detail, including a few of the scratches this guy has had to endure in his time out in the wilderness.

By the time the piece was completed, I was pretty sure this guy could hold up against any of the other characters Luigi had done for us.  I feel like he could give the rhinotaur a run for his money!

Shifting over to the female werebear, I felt like they almost had a nordic vibe.  They seem sort of like vikings, don’t they?

I’m not sure why, but I think it’s the ponytail that helps me have that norse feel to them.  That or the two big axes she’s wielding! 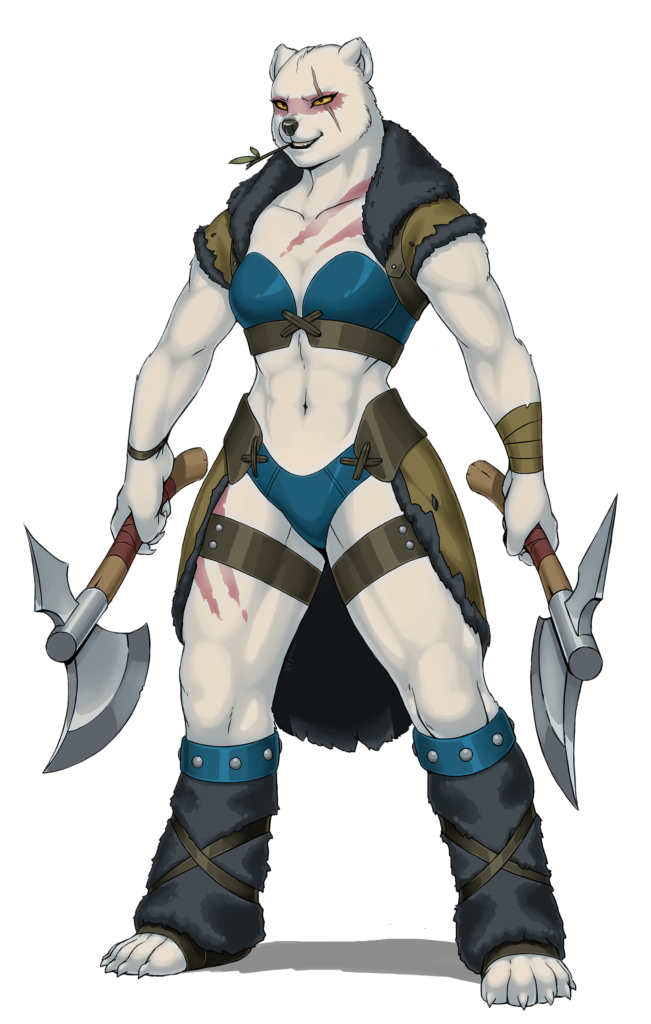 Here we can see she’s fully colored.  I love the smirk and the war paint.  This piece just really pops, doesn’t it? 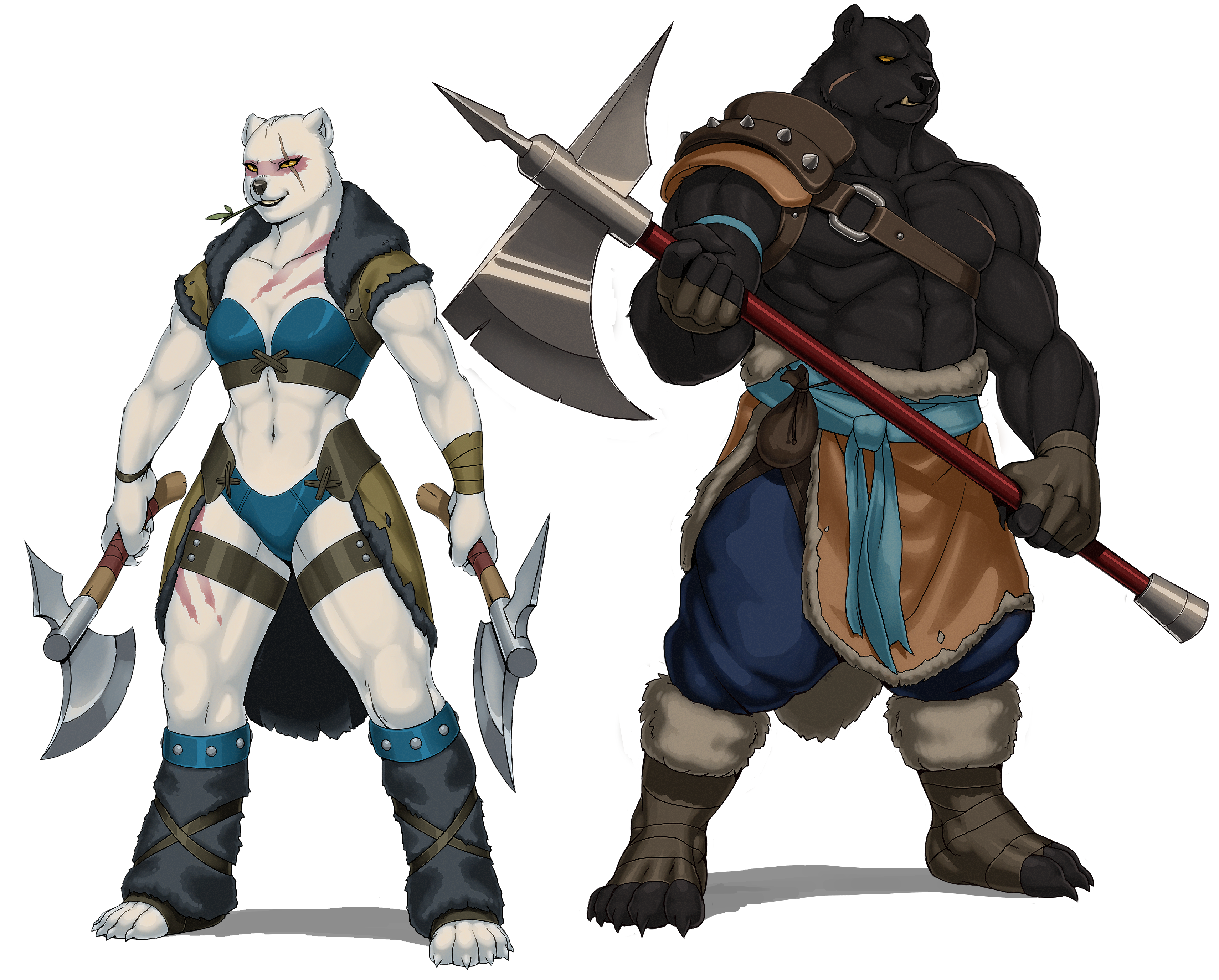 Finally, you have both of our formidable werebear emissaries.  I’m so impressed by Luigi’s work, and I’m excited for an opportunity to work with him again.

And hey, maybe with enough attention, we can make Bewere Bears a real thing.  Stay tuned for more info on that little parody project!