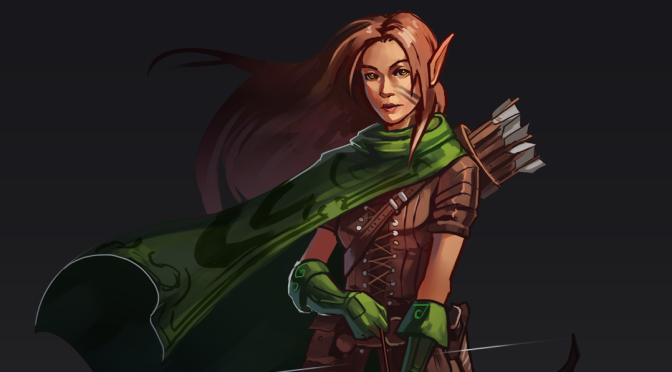 It feels like its been a while since we’ve had anything from Skence, so let’s remedy that today.  We had a running theme where we were having him work on figurines for our Tales of Tellest.  We already had our first two heroes depicted, but we actually chose to jump over Maximus (for a special reason that will be revealed at the end of August).  Today, we’re bringing you Skence’s look at Venathryn.

Skence was good enough to start us off with a few sketches of what he thought the finished character was going to look like. 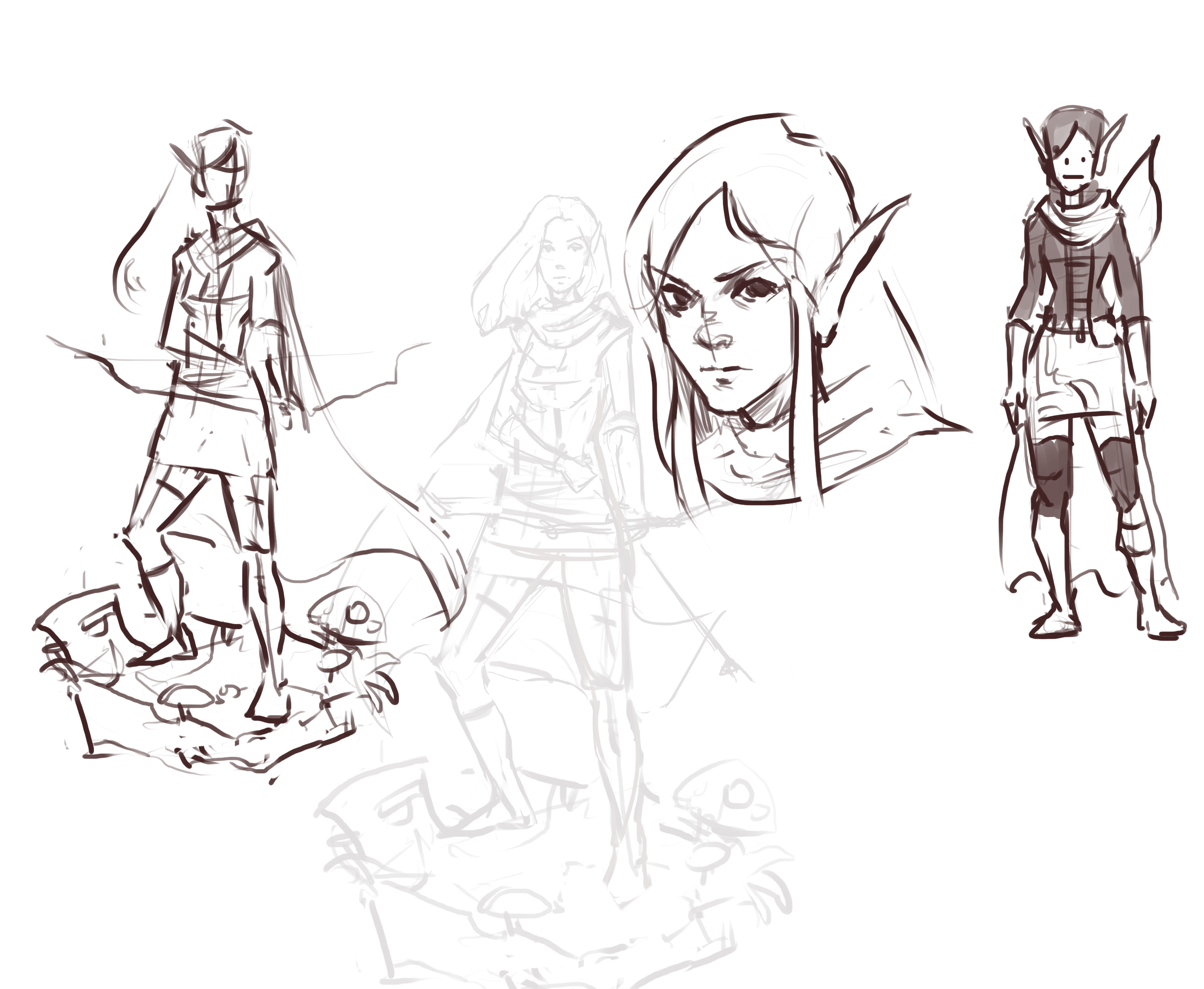 After that, it was onto the final piece. 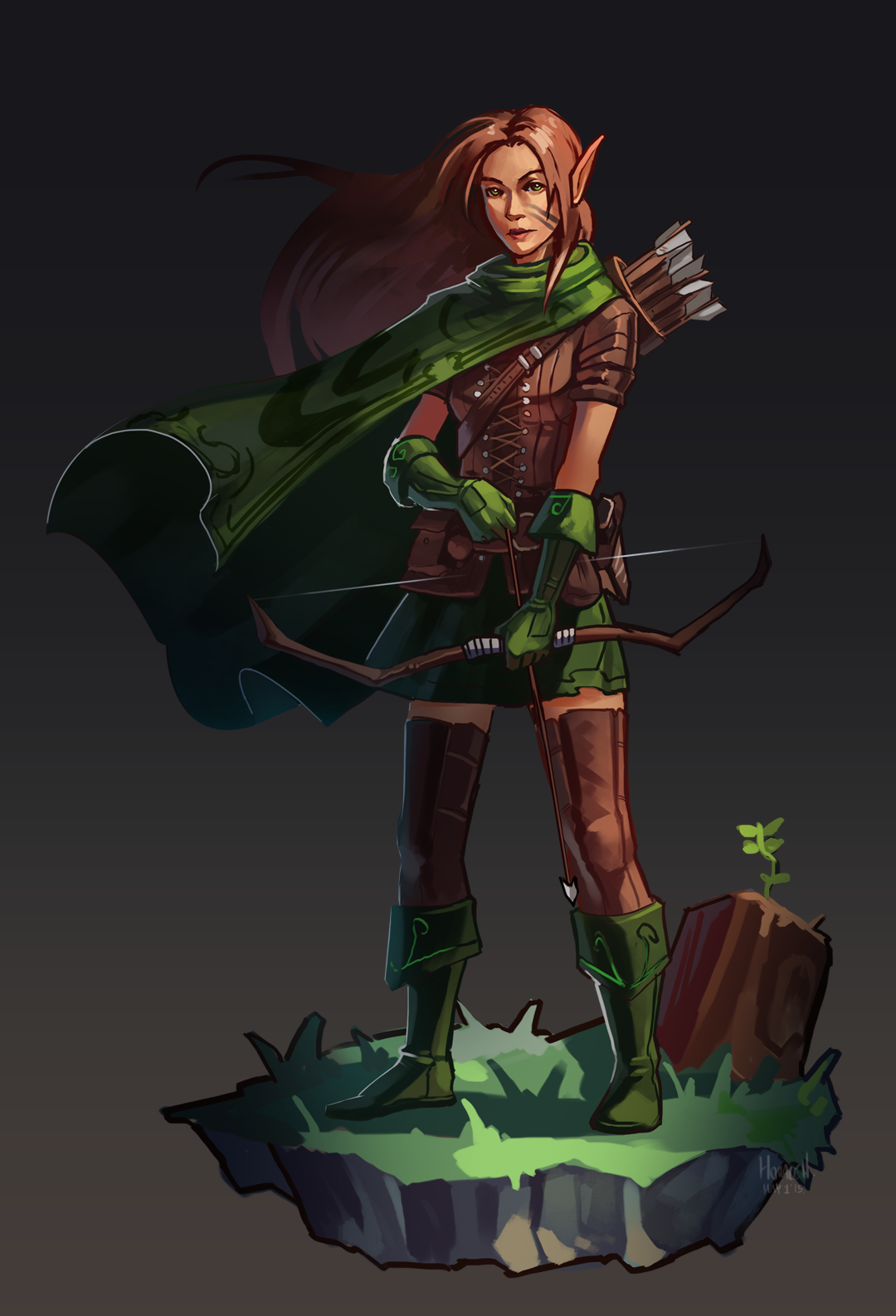 This is actually one of my favorite pieces for the elf hunter.  She looks stoic and powerful, but it still retains a lot of her femininity.  Very happy with how it turned out.

In a few weeks, we’ll come back with our look at Icarus, from the new story The Fall!