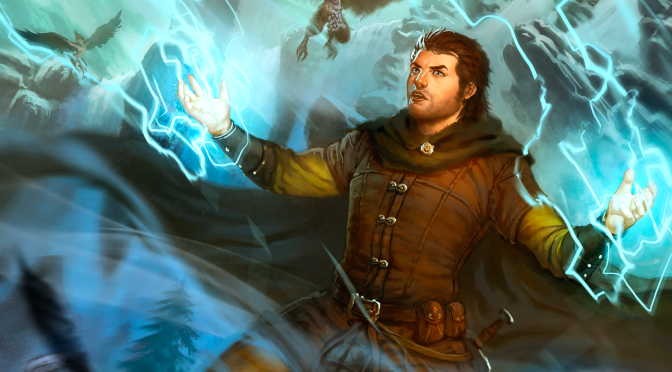 When Mageborn was being flaunted in front of people, it was during some very tense moments for me.  The Tellest Kickstarter at the beginning of this year was the first big push I’ve made for the series and the brand for quite some time.  I knew that I wanted to take the next step – I could always be a writer, and even one that faded into obscurity, but there was a need to try and do more.  More for Tellest, and more for the fantasy community.  That Kickstarter was a roaring success, and we had to race to put something together for the second book.

Mageborn was a very tame book, and so it had a very tame cover.  It was whimsical and colorful, beautiful for sure, but since the story doesn’t highlight a lot of action, we didn’t want to focus a lot of it in the cover.  Son of the Storm, the second book in the Tales of Tellest series, has a much grittier theme, and culminates in a lot of darker, colder tones.  On top of that, it focuses more on the alien races of Tellest rather than the magical veil that surrounds the world.

As with Mageborn, we had a terrific amount of options and wiggle room.  Here is a selection of sketches that we loved but set aside. 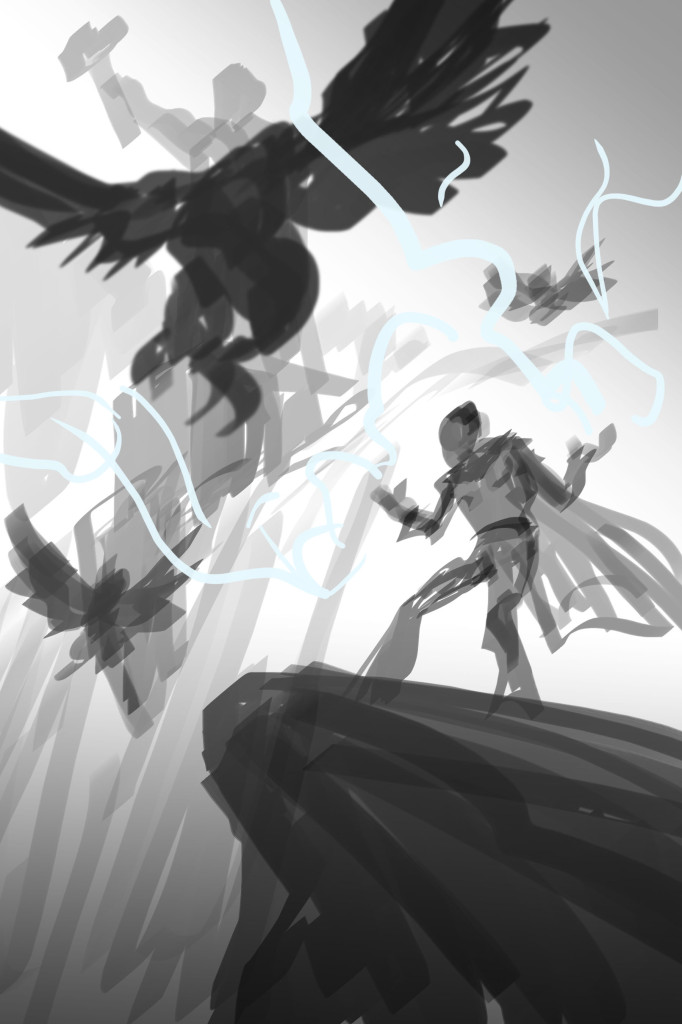 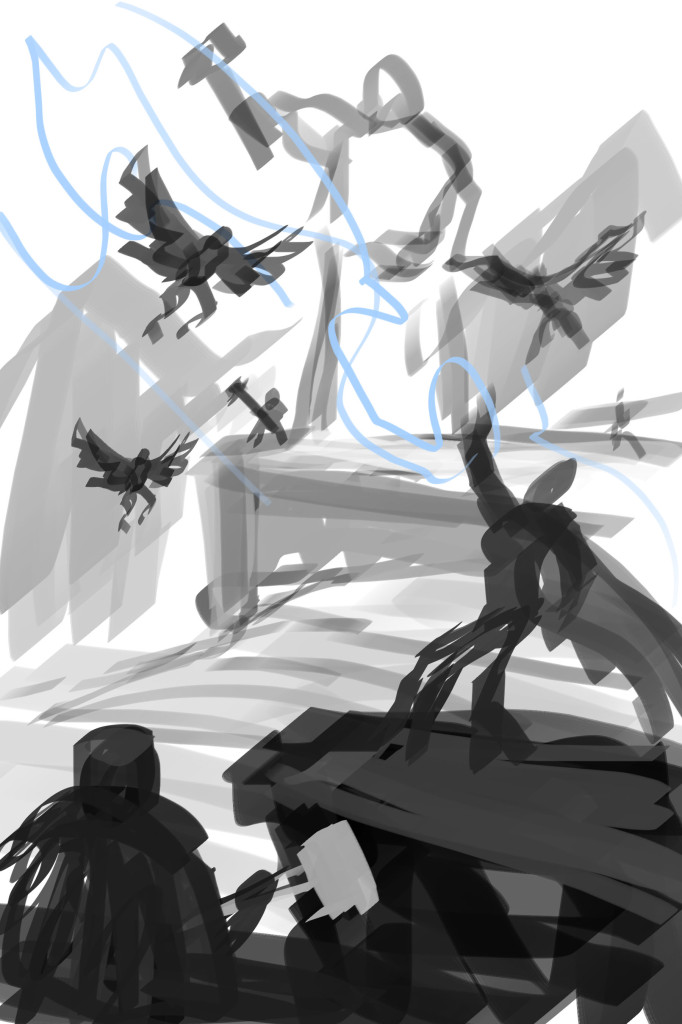 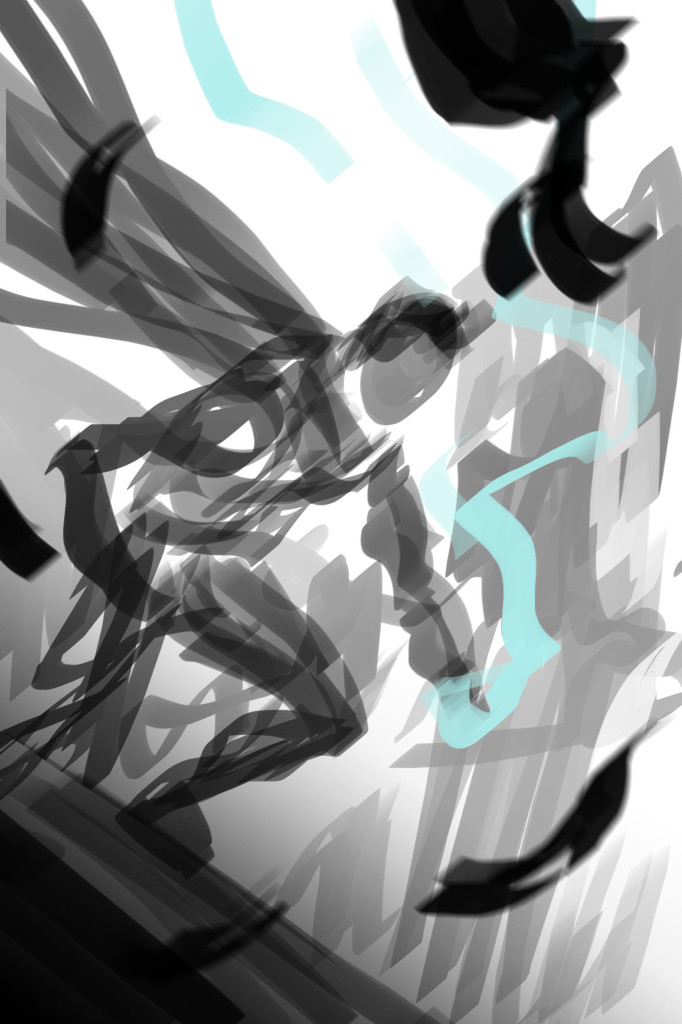 As you can see, they were all pretty fantastic.  There were a lot of choices to be made, but we finally came to a decision. 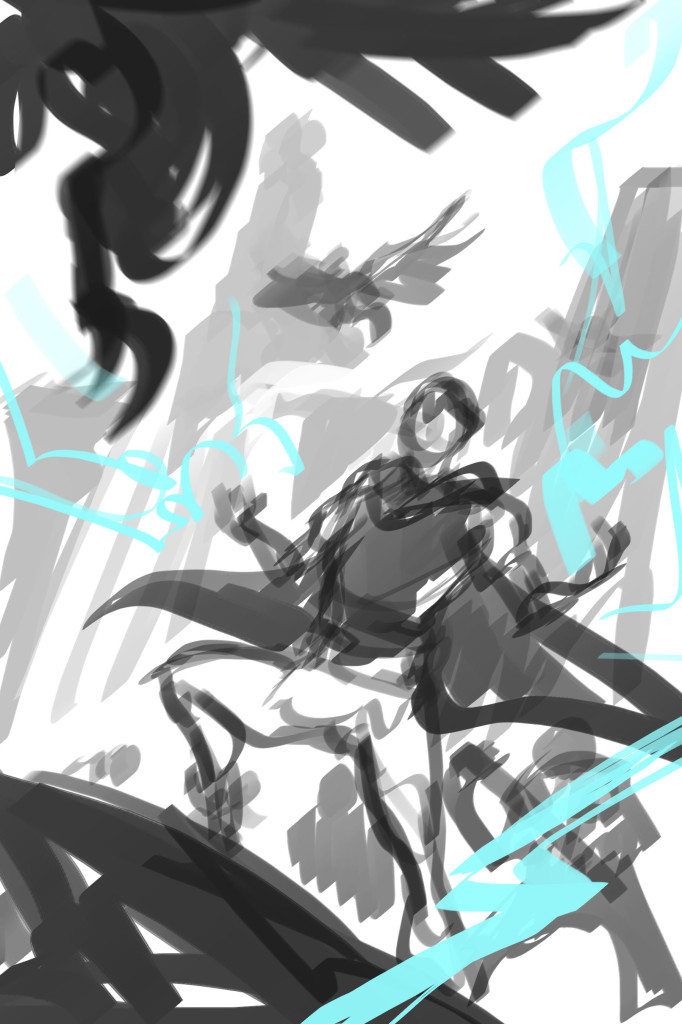 There was something about that selection that spoke to me more than anything else.  It had a brilliant focus, and we could bring more of the novella into the cover.  After some further sketches, we knew we were onto something great. 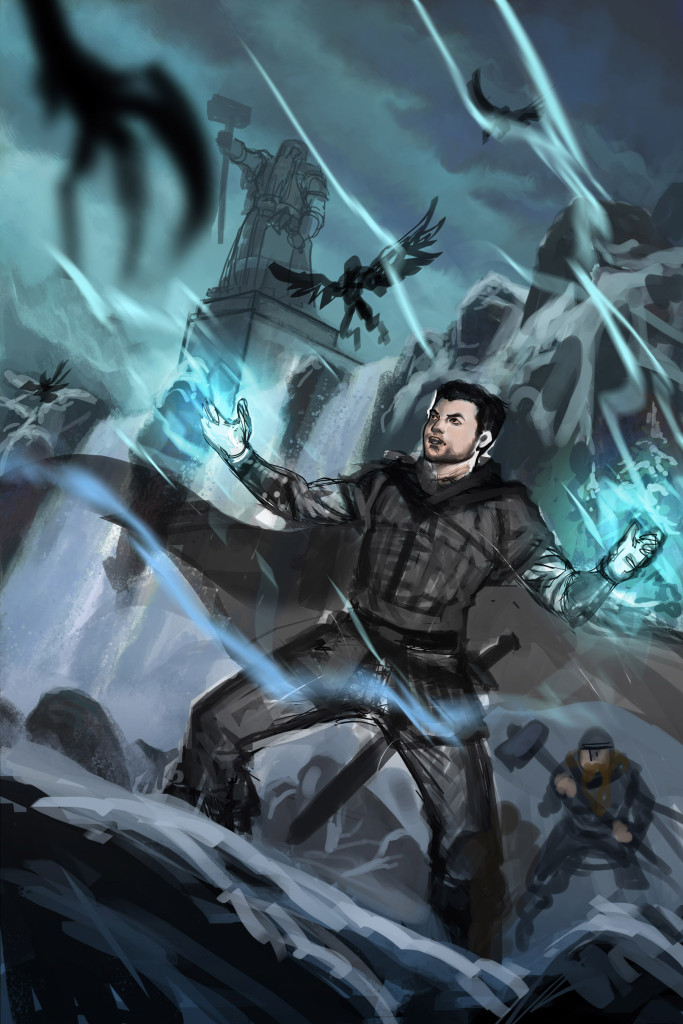 It’s always so cool to see where Leo starts to where he ends. Practically magical in its own right.

Finally, we arrived with our finished product, which is just breathtaking.  Check out the final piece below. 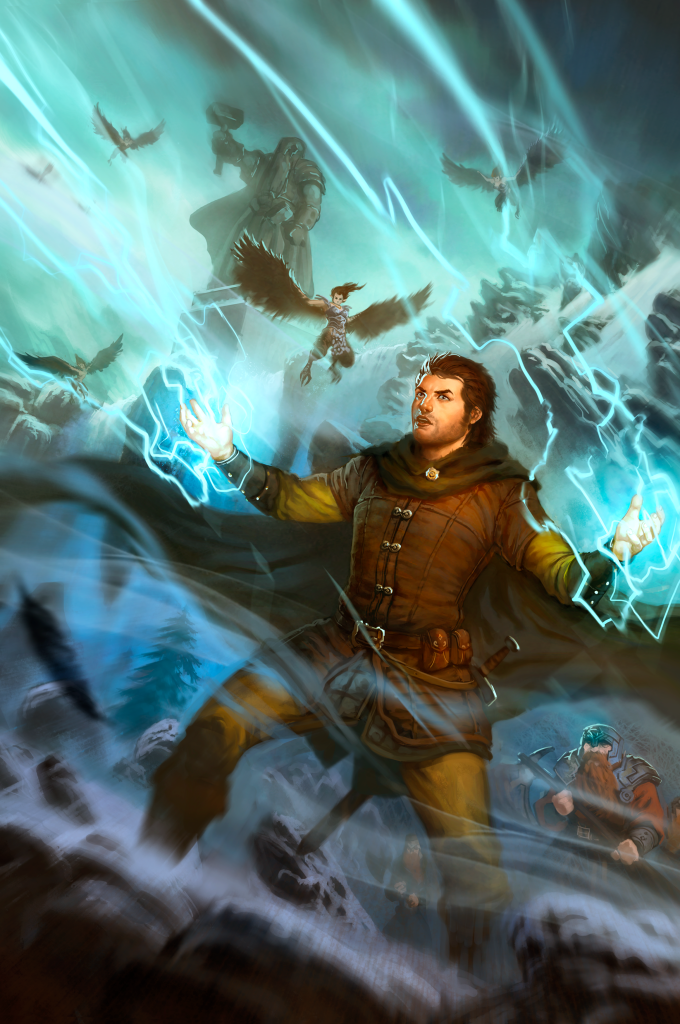 3 thoughts on “Art: Son of the Storm Cover”