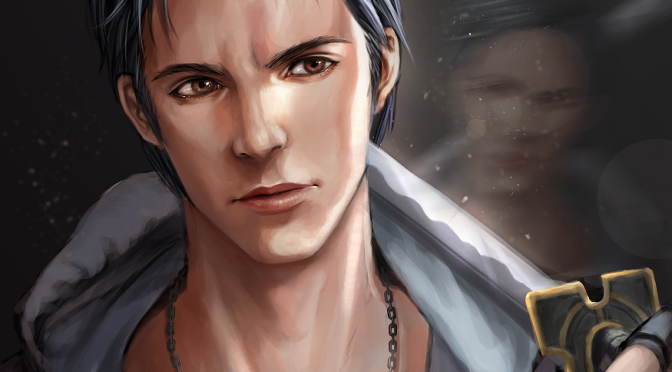 It’s about time we got some more awesome villain artwork up on this site, even if they are what I’d call pseudo-villains or antiheroes. For RedPear’s most recent work, she took it upon herself to craft a piece of Tellest’s most popular teleporting hero/villain, Raithly Cayne.

As always, we started off with some sketches. 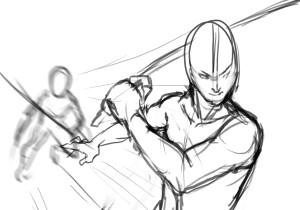 I am 100% sure that I would have loved this piece when it was completed, but I also knew that I was working on a series here – every other character has a portrait, and this one wouldn’t have fit very well – and at the time I didn’t have a lot of extra money lying around to commission a second piece.

So what we did instead, was choose a second piece that would have worked just as well. 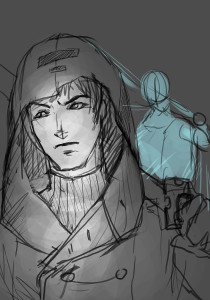 This one would adhere to the effect we wanted for Raithly, and it also adhered to the portrait style we were going at for every other piece that RedPear did for us.

After that, we went through a few other changes before we ultimately landed on a hood down, collar open look for Raithly that looks a little more urban fantasy than the more high fantasy that we usually work with. 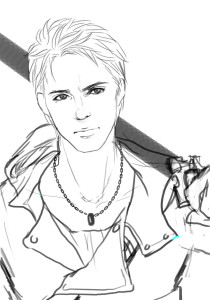 I think it actually ended up phenomenally well, and RedPear had a special surprise waiting, too.  Underneath that coat, Raithly was wearing a ring – it didn’t have anything to do with the original specifications of the request – it was just a little something extra that she put in there.  This is a case of her art actually informing the character, so the way I imagine it, that’s his late mother’s ring – a nice little touch for the character.

That wasn’t all though.  RedPear had one last surprise. 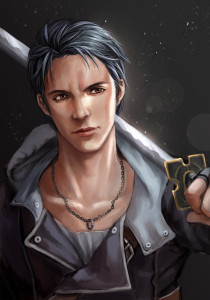 When you’re an artist (of any creed, I’m sure), you get a little bored of the same style when you do it for so long.  So Pear went the extra mile and went full color with Raithly for us.  You’ll notice that there was no “true” black and white version of the character – she just went full out with him, and it looks spectacular.

Just before I set out to post this portrait, I went the extra mile too – and I mean, for me, that’s like hobbling for three hours.  We didn’t have the effect in there, so I took to GIMP to put a little something extra into the portrait.  Hope you like it! 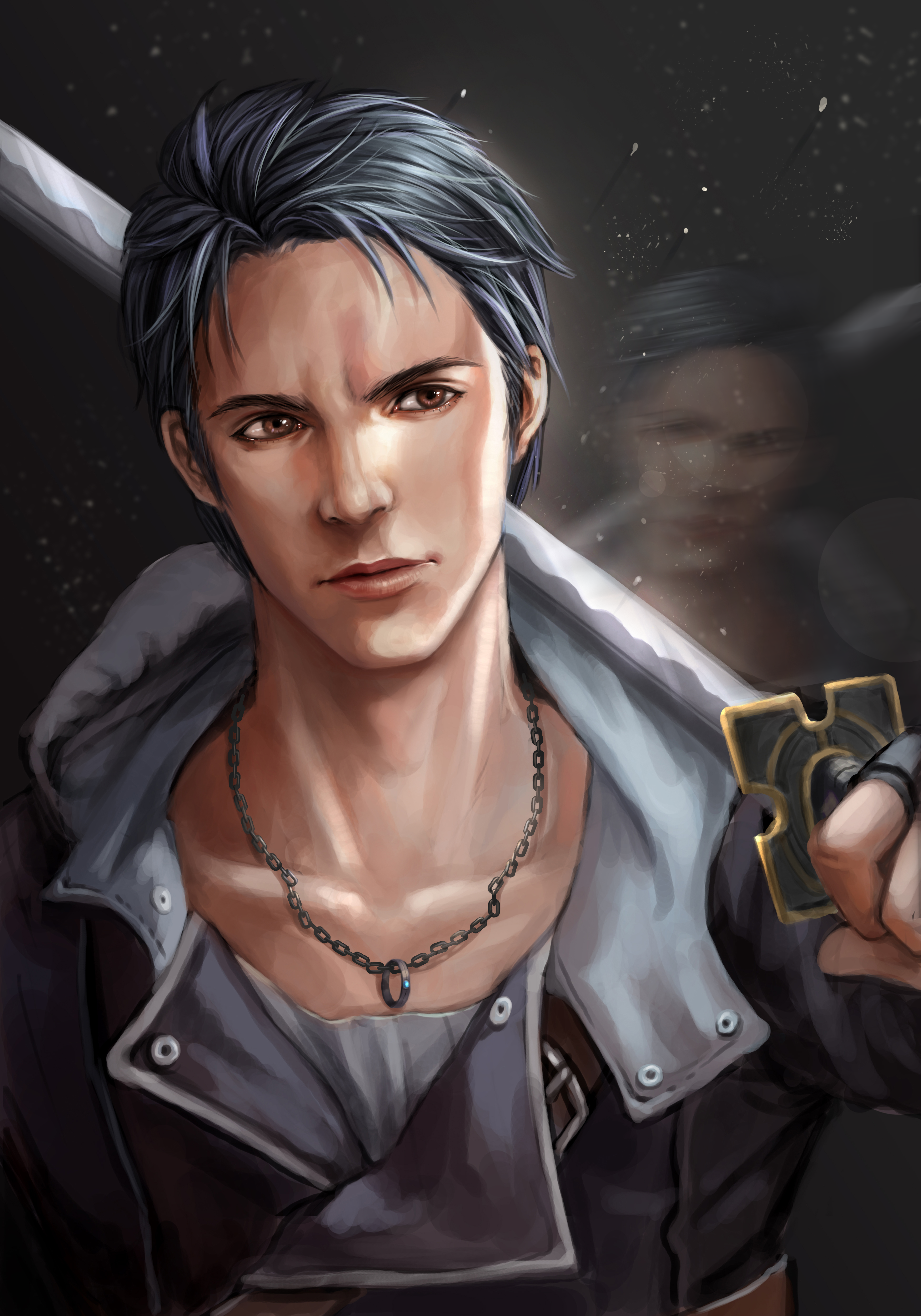