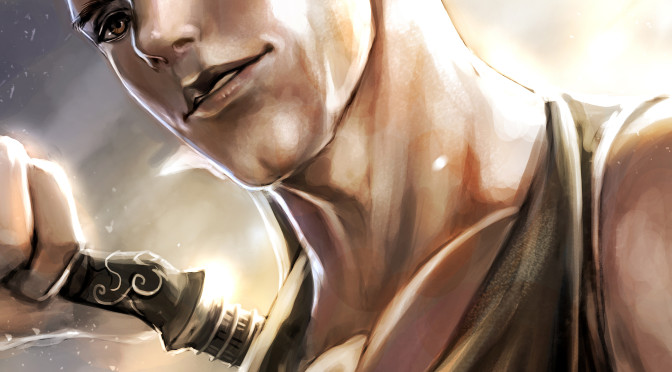 Hello friends, and welcome to Tellest art time- happy time (not the new official name of these Thursday slotted art releases).  Today, we let RedPear take the reins one more time with another of the awesome heroes from Tellest, the bulletproof warrior, David Garus.

David happens to be another one of those characters who you can’t really capture in a static portrait.  He’s got an awesome power that has the potential to be really cinematic: projectiles cannot harm him. Anything that’s fired from a bow, or a crossbow – even a catapult – cannot damage him.  They bounce off harmlessly.

That isn’t to say that David is some invulnerable force on the battlefield, though.  Oftentimes, as it pertains to the heroes of this fantasy world, where there’s a blessing, there’s also a curse.  David suffers from hemophilia, meaning that in melee combat, if struck, his body reacts very badly, pouring blood from his wounds at an incredible pace.   So what better way to keep your enemies farther away than equipping yourself with twin axes?

Pear started us off with a couple of different sketches to make our minds up with. 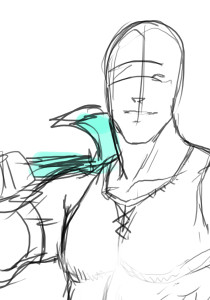 I love the lumberjack look David’s got going on here. 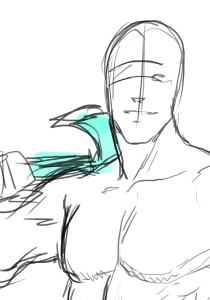 Red also gave us a shirtless option, but knowing David’s problems with even the tiniest nicks and scratches, we opted not to go with this version.  Of course, when we saw her other version of the character, we passed on these first two sketches altogether.

Now this is more like it.  I think the vantage of this particular sketch does wonders for this mountain of a man.  David can easily stand toe to toe with some of the other “larger than life” characters we have, like Prodigy and Schirner. 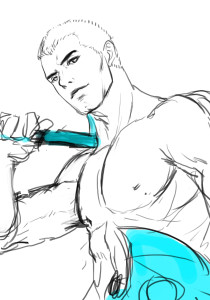 We also ended up with the shirtless version for all the ladies to swoon over.  We passed on this one for the same reason as the one stated above.

With all that in mind, we ended up moving forward with Red’s vision, and she made a really awesome portrait for our gladiator. 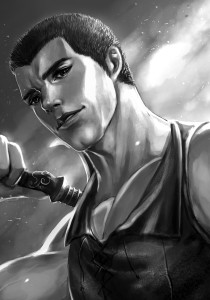 And of course, we had it tinted soon after as well. 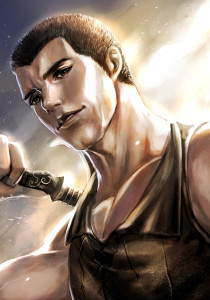 But, because David’s such a huge deal, we procured a slightly larger portrait, which we’re happy to share with you! 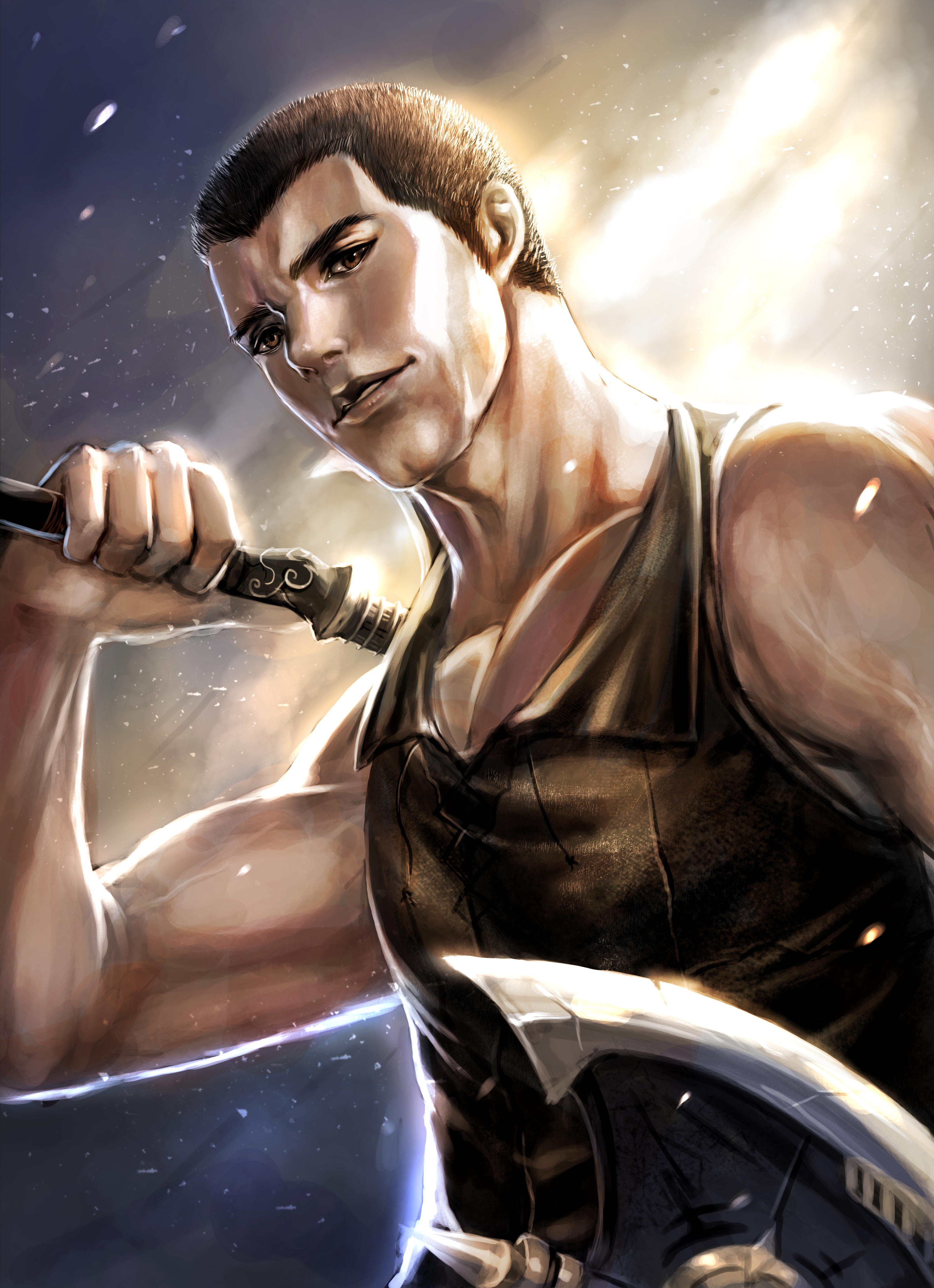 Such wonder.  Such majesty!  Can’t wait to continue on with the work we’ve been doing with RedPear!