So, last week, our big reveal from Tellest 3000 focused on Kaos and his mech, Wildfire.  This week, we’re giving you a look at his best friend Steel Tip, and the mech that he uses, Spectrum.

Just like with Kaos, we started with a few sketches.  Steel Tip was going to be a bit of a sniper in this one, so we had a few ideas of how we wanted him to look, outfit-wise.  We opted to use the variant on the right.

Another look at the character.

After that, our artist threw on some coats of paint.  You’ll be familiar with this color scheme if you’ve seen Steel Tip in our other media. Here you can tell he uses a pretty extensive sniper rifle.

Here there’s a layer of shine on the marksman.  He’s got a secondary sidearm in case he needs it, but he definitely prefers to use his trusty sniper rifle.

Moving over to the mechs, we had a few designs to choose from. They were both pretty similar, and featured a ginormous railgun that essentially serves as the mechs sniper rifle.

The closer look at this one shows that the Spectrum is not something you want to mess with.

Just as before, a little color made this mech stand out—though not too much, since we wanted it to camouflage fairly well. 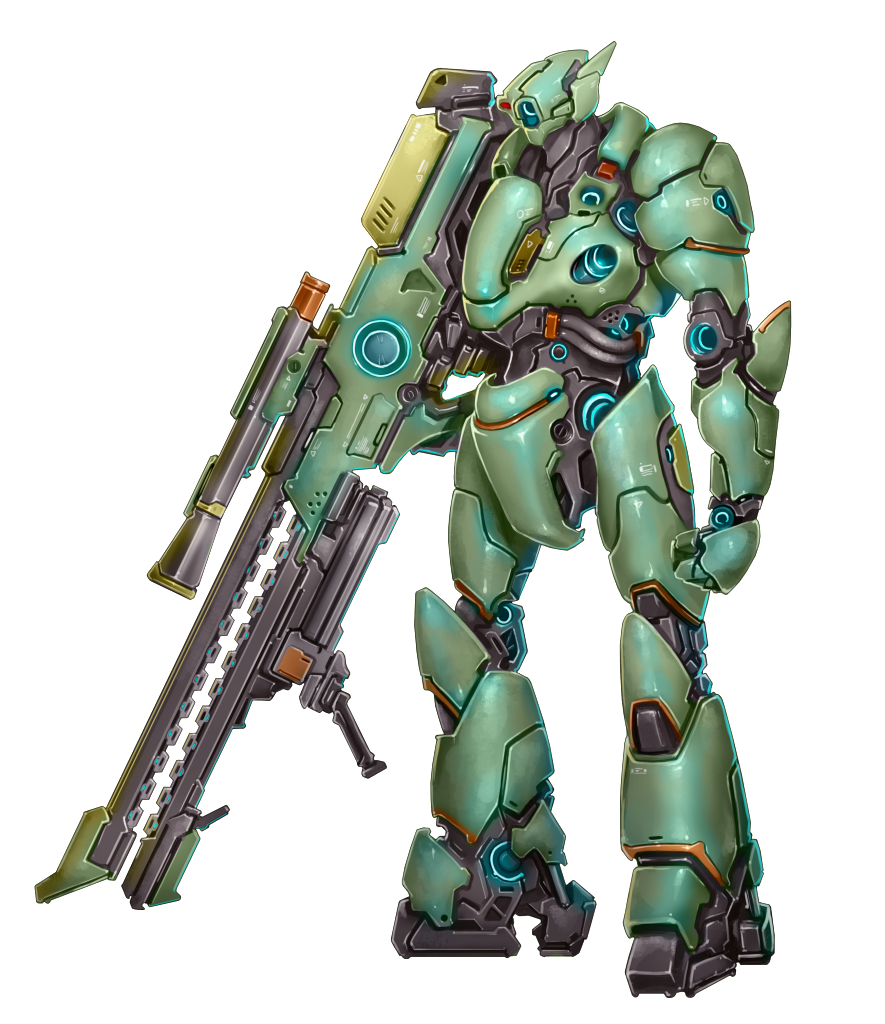 Just like with the man who pilots it, here you can see the Spectrum in all its glory.  Bells and whistles galore, with a lot of energy doohickeys all over the place. 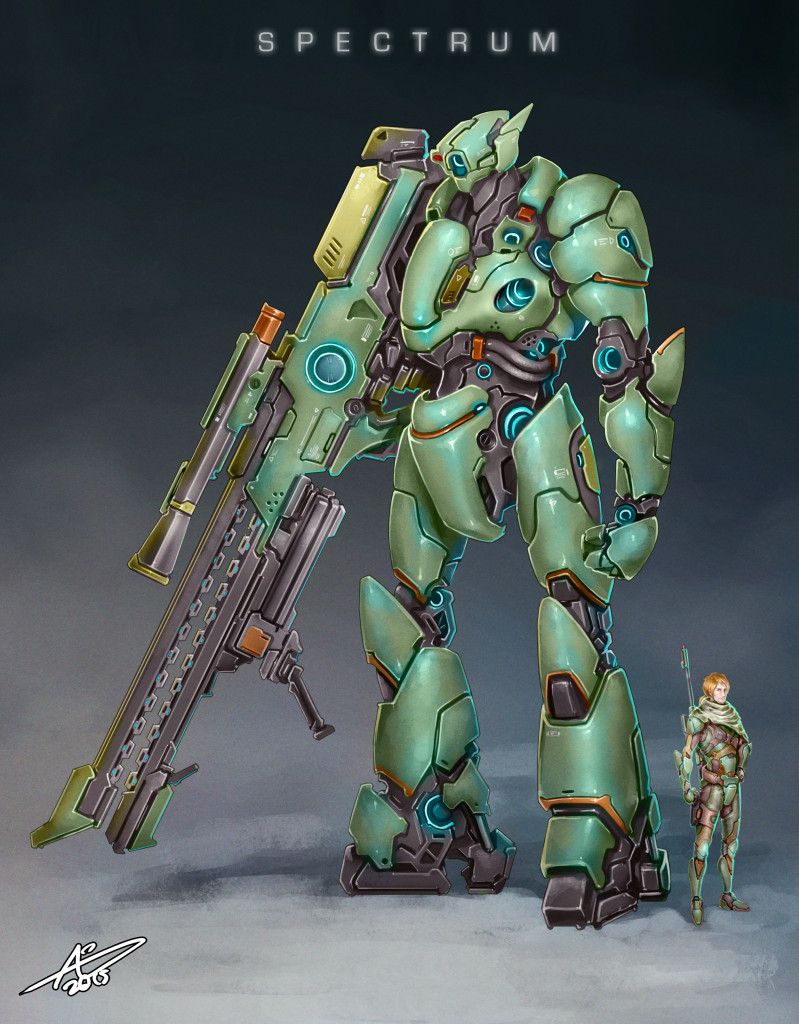 Finally, you can see Ai Marwan’s look at the two together.  He did a great job, and we’re excited to show you the third and final mech next week!