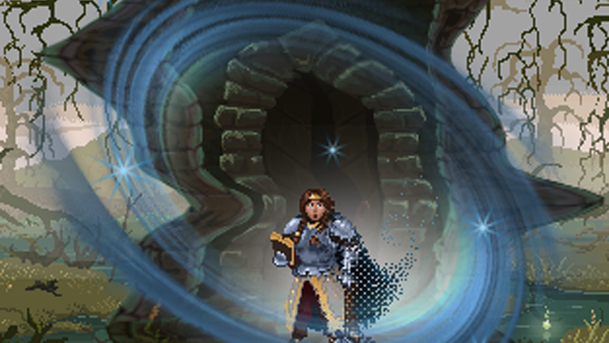 A few weeks ago, we wrapped up the sprite artwork for the adventurers who are going to feature into the expansion for Quantum Quest.  The adventurers are a big part of the game, but I think it’s the new chambers that are really going to spice up the game, so I’m excited to show these off.  Below, you’ll see our first set of new chambers, and I’ll give you a little description of how they work.

This room is going to be a nice tie-in to a book that’s going to be releasing around the same time the game is (give or take a few months).  The Kin Maelar are the villains in the upcoming book The Maelstrom (a sequel to The Fall).  They’re essentially storm demons, and with that comes a bit more damage.  They’re hard to tame, but if you can manage, they’ll do extra damage for you. 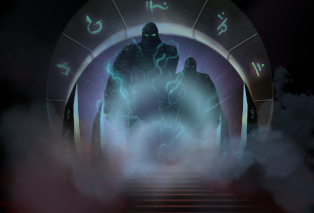 Quantum Quest was first conceived when I was listening to a Monopoly advertisement while I was driving around, so it shouldn’t come as a huge surprise that there are some similarities.  The most prevalent, I think, is the entrance/go mechanic.  For this set, we decided to lean all in as a meta joke.  Phaseshift sends players back to the entrance, with a penalty incurred.  Depending on its placement in the dungeon, it can really stink to land there!

We made a small change to the art in the development process.  Our dwarf seemed a little too content with what was happening. 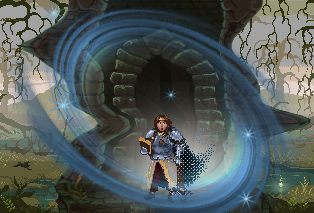 Frostwave is a high-cost chamber that the owner can really take advantage of.  They can determine whether they want to limit movement, or stop it altogether.  Their enemies take more damage if you just slow them down.  And when it’s haunted?  This room can make a huge mess of the other parties. 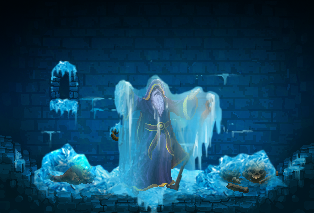 This expansion is all about more vicious cards, and The Crusher is one.  It targets the weakest party members, and can instant kill someone with two or less hit points. 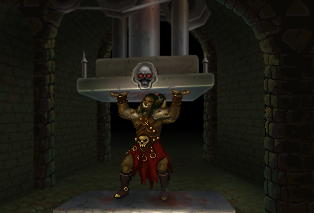 There were a few things that we needed to change for the final artwork of this chamber, including a change in the skull, more signs of the trap having worked before, and for the character’s boot to be more opaque.

Quantum Quest is all about the Living Dungeon, so what better way to express that than with The Living Chamber?  The Living Chamber does damage to the healthiest adventurer, but it’s biggest gimmick is that every time someone lands on it, it switches spaces with the chamber in front of it.  In that way, the dungeon layout is always changing. 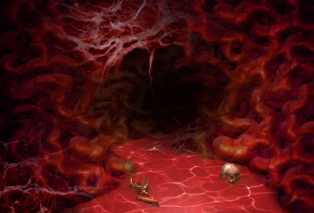 You ever get that feeling you’re going nowhere?  Time Crash makes sure that’s 100% true.  It sends you back to where you started your turn, and you take damage to boot! 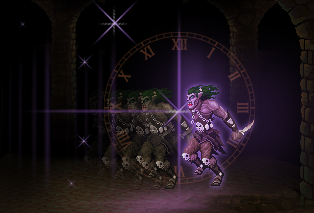 This one is the one that I could see changing the most from beta to full release.  It’s a little complex at the moment, requiring players to put tokens on it whenever a non-owner lands on it.  When the owner does land on it, they can discard those tokens to heal their adventurers.  It might just be an instant heal rather than a token effort. 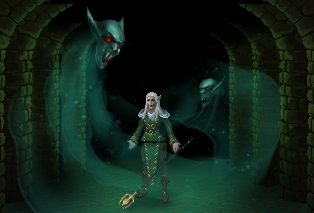 This isn’t a real card, but we did use it when we were putting together our Kickstarter! 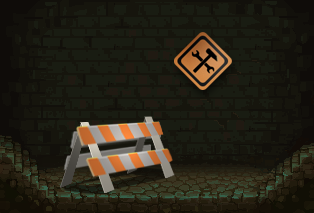 That wraps us up for set one.  Swing back in a few weeks, and we’ll show off even more of our new chambers!