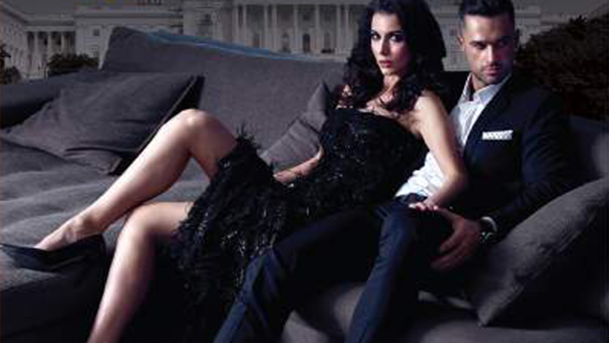 Howdy folks, and welcome to a new week of Otherworldly goodness.  The holidays are coming up, so get ready to look for gifts for the readers in your life, including yourself!  Today we’re going to be looking at a scintillating light urban fantasy story called Memoirs of the Senator’s Wife.

S.M. Ford delivers an exciting light urban fantasy that spans American history.  There are brief glimpses of magic here,   Memoirs of the Senator’s Wife dabbles in a lot of genres, but it’s main purpose is to rile up its reader’s emotions.  Whether it’s anger you feel toward the ghastly Xavier, or sympathy toward Estella, both of which you want to know more about, for different reasons.  It’s a thrilling ride you go on, and it ramps up even more when Estella faces the dilemma of choosing love over power.

Memoirs Of The Senator’s Wife is an international best selling saga of a dark romance involving a handsome politician, a forbidden love affair between the politician’s wife with a sensuous Secret Service agent, and the magic that influenced history. Set during the ’50s to the present-day; their romance spans decades of the most turbulent times in America.

Memoirs of the Senator’s Wife is at its best when it’s tempting Estella with what is forbidden.  Ford touches on some weightier topics here and there, but the real crux of the story falls to Estella, and her decisions when she is faced with the choice between Xavier and his protector, Michael.  If you’re interested in a suspenseful story of love gone wrong before it goes right, this book is right up your alley.  Check out Memoirs of the Senator’s Wife on Amazon today!