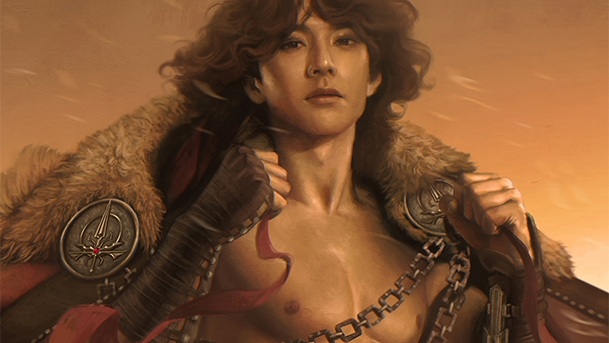 Hi there!  Before the New Year was heralded in, we had an awesome opportunity to take a step into Juddy Anderson C. Punzalan’s incredible world of Serestia.  His first book in the massive series was an epic like no other, called The Archon of Peace.  He’s worked on several other projects along the way, but today we’re going to be talking about the first feature-length prequel, Desert Outcast.  Read on to find out more about how Punzalan is expanding on his tremendous fantasy empire, and expanding the Sovereign series in greater strides.

Juddy Anderson C. Punzalan’s Sovereign series already felt expansive and epic, but Desert Outcast (Sovereign Prequel 1.0) gives it even more character and context to the world.  The new lead, Viroe, offers up a new lens with which to see the ever-growing world that Punzalan has invested in.  Indeed, even coming back to this series after three months, you can see that it’s already continued to grow in leaps and bounds.  Punzalan takes great pride in his work and his world, and everything shines, from the worldbuilding, to the character development and interactions, to the spectacular cover art. 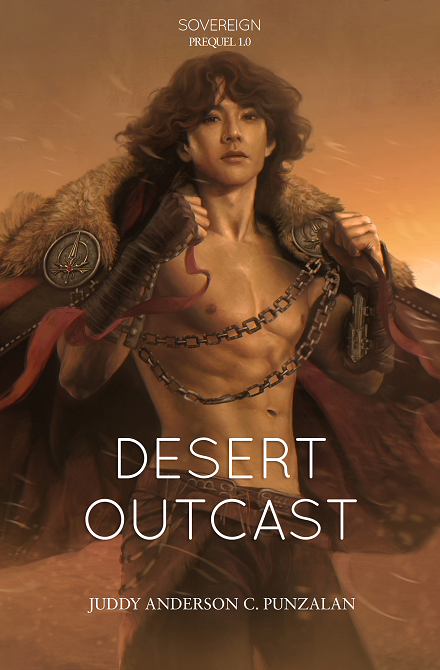 The Southern Empire of Kyrdas is a rogue nation. Ruled by Emperor Sarvasa, the richest man in Serestia, they are masters of nature, magic, and advanced technology deciphered from the sacred texts of the Ancients.

For thousands of years, Kyrdas has continuously abused their power and have erected a super city for the lavish lifestyle of the elite. This created an unforgiving and hostile environment for the poor and resulted in the rise of slavemasters and mercenaries which then paved the way for the age of fighters.

Meanwhile, in the middle of another mission, Viroe stumbles upon some traders who hail from Kyrdas. They were smuggling suspicious yellow gemstones into the northern city and little did he know that his life was going to change the moment he decided to involve himself with the dangerous affairs of the empire.

This is the story of the desert outcast who will soon be the leader of the assassin council.

Fans of ever-growing fantasy worlds—especially those who like to experience parts of the world again and again—will no doubt fall in love with the spectacle and the splendor of Punzalan’s Serestia.  The Sovereign series has grown tremendously over the last three months, and it shows so much promise to do more, as there are nine more mainline books in the works, in addition to these prequel books that add new layers to the world’s tapestry.  Readers who are looking for a creator with an unrivaled passion for his work need look no further than Juddy Anderson C. Punzalan.  Check out Desert Outcast (Sovereign Prequel 1.0) on Amazon today!

As an aside, it would seem like a wasted opportunity not to make mention of some of the other ways that Punzalan is bringing Serestia to life.  First and foremost, you can check out all the new things that he is working on by heading over to the Sovereign Series Facebook page.  And there’s one other thing that readers might really enjoy.  The first bite-sided look at one of the characters in the Sovereign series can be seen by picking up Stavros, part of the Sovereign series that introduces you to one of the most powerful characters in his epic series.