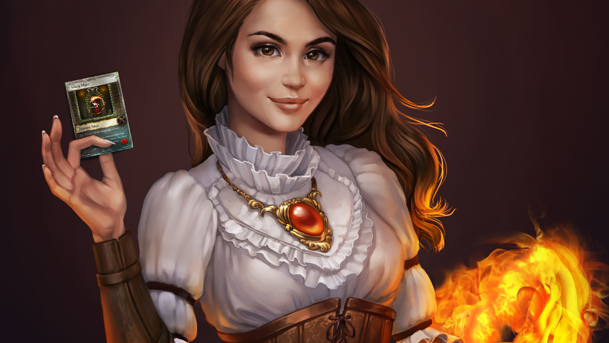 This year has been a pretty big one for Tellest.  We’ve got more books out than ever before, a game has been launched, and the brand is known further than we could have expected.  It’s an awesome time to try and connect certain things, even if that means breaking the 4th wall a little bit.

We commissioned June Jennsen, who we’ve worked with before, to put together a piece of art that celebrates Tellest and Quantum Quest in a pretty cool way.  How would a Tellest character react to realizing they were a QQ card? 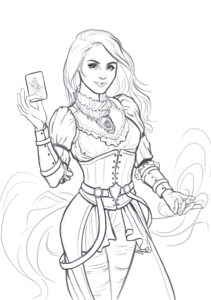 June started us off with a beautiful line art draft of Alicia.  Here, you can already see that Alicia is proudly displaying her card.  In this case, early on, you can see that the card almost looks like a poker or tarot card.

June then gave us the opportunity to pick which color scheme we thought would work out best.  I really liked that middle one, so most of the background that you see reflects that in the later pieces.  I thought it would highlight her cool fire ability better. 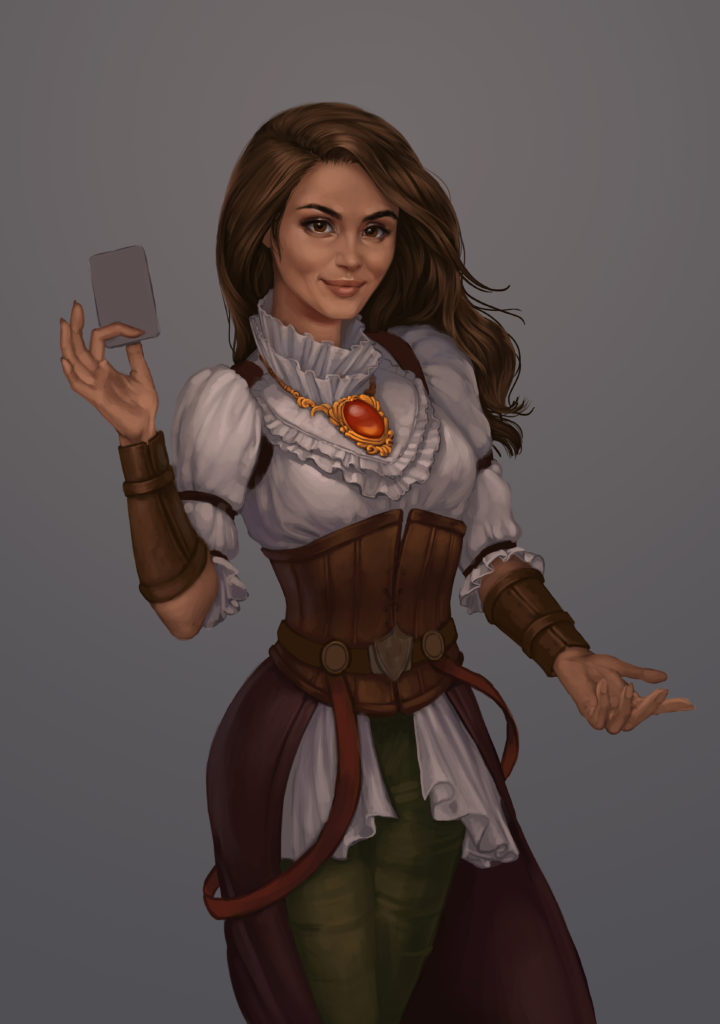 Here you can see the tremendous and awesome details that Alicia has.  I’m so proud of June for the excellent job she did on her. 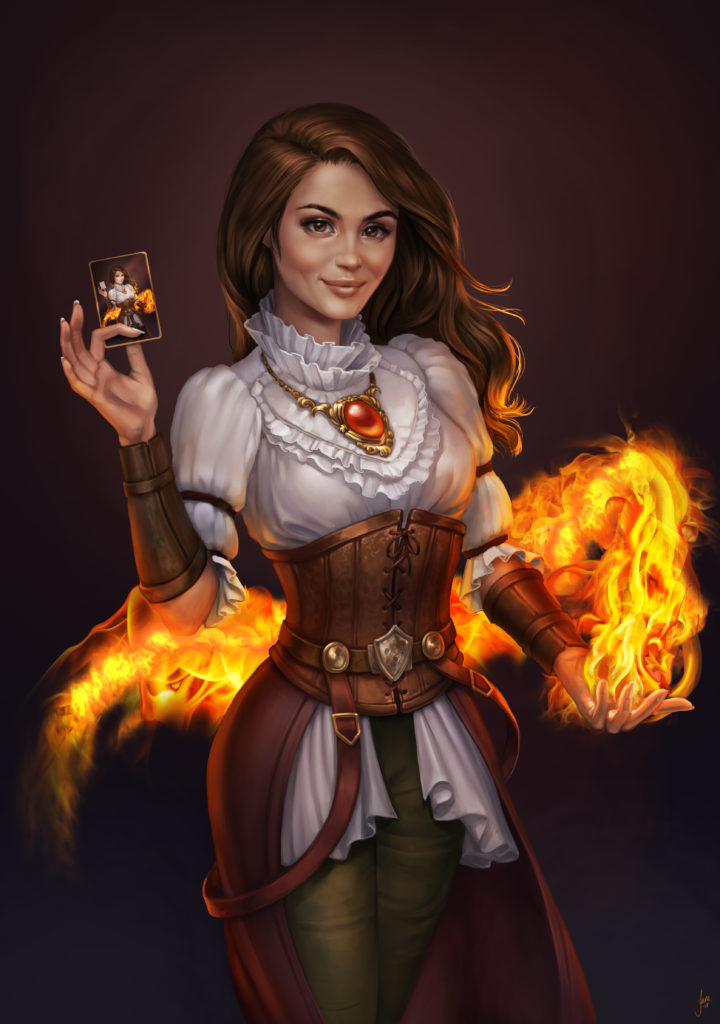 The fire and lighting has been added at this point, and you can see the card and the background added back in.  We did ask for two small changes at this point: 1st, we wanted to use the Quantum Quest card, and 2nd, we wanted to age Alicia down a little bit.  She looks great here, but we wanted to get her closer to her age as she appears in the books. 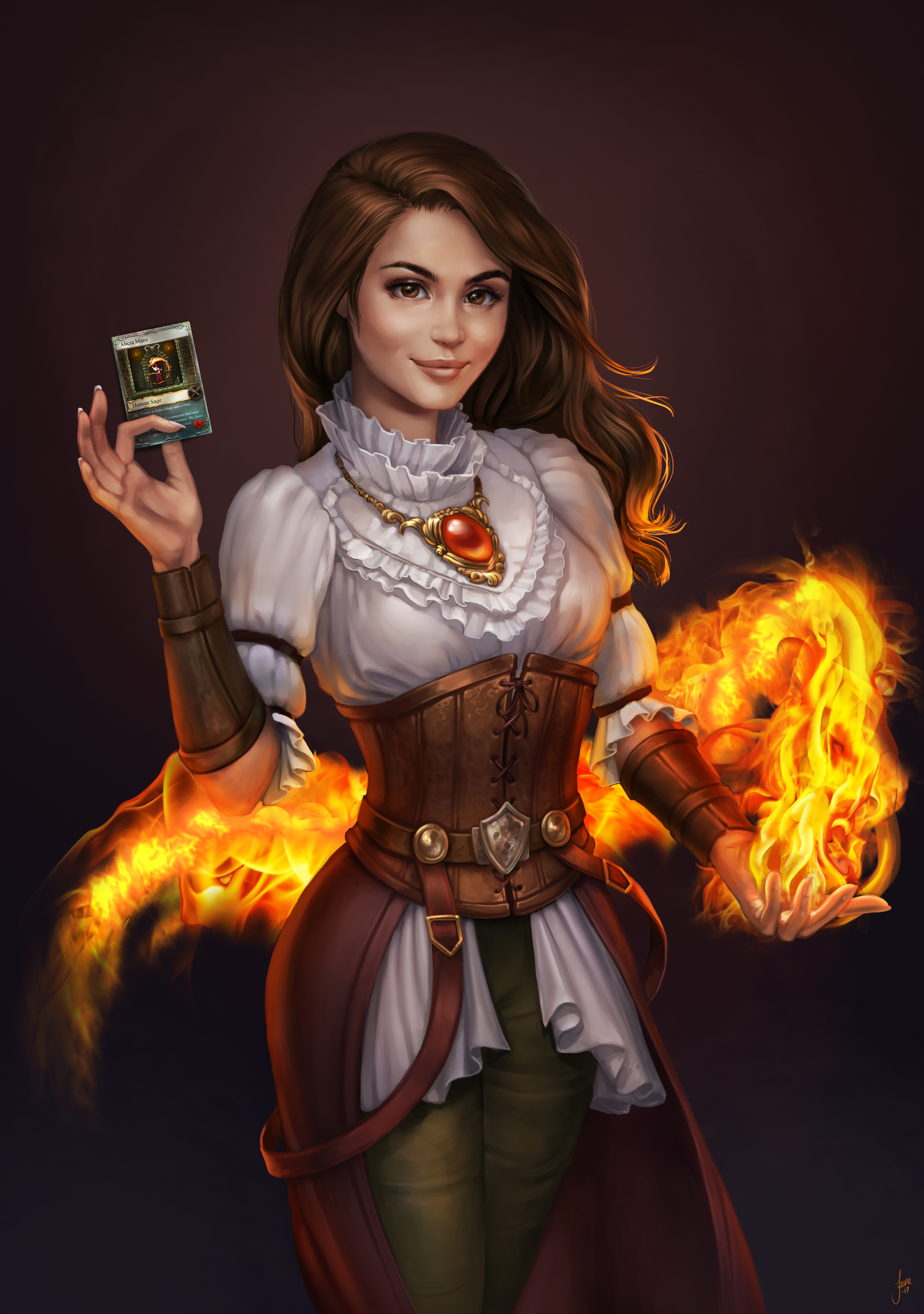 So here you can see there are softer features, and you can also see that Miss Mane is proudly displaying her Quantum Quest card.  I’m really impressed with the way it turned out.  June ended up knocking it out of the park.

Here’s a bonus for you, too.  At one point, we were considering doing a publication called Quantum Quest Quarterly (which we may revisit based on QQ’s popularity in the coming months) which would have provided some behind-the-scenes looks, gameplay variants and short stories that featured characters.  Here’s how I imagined it looking: 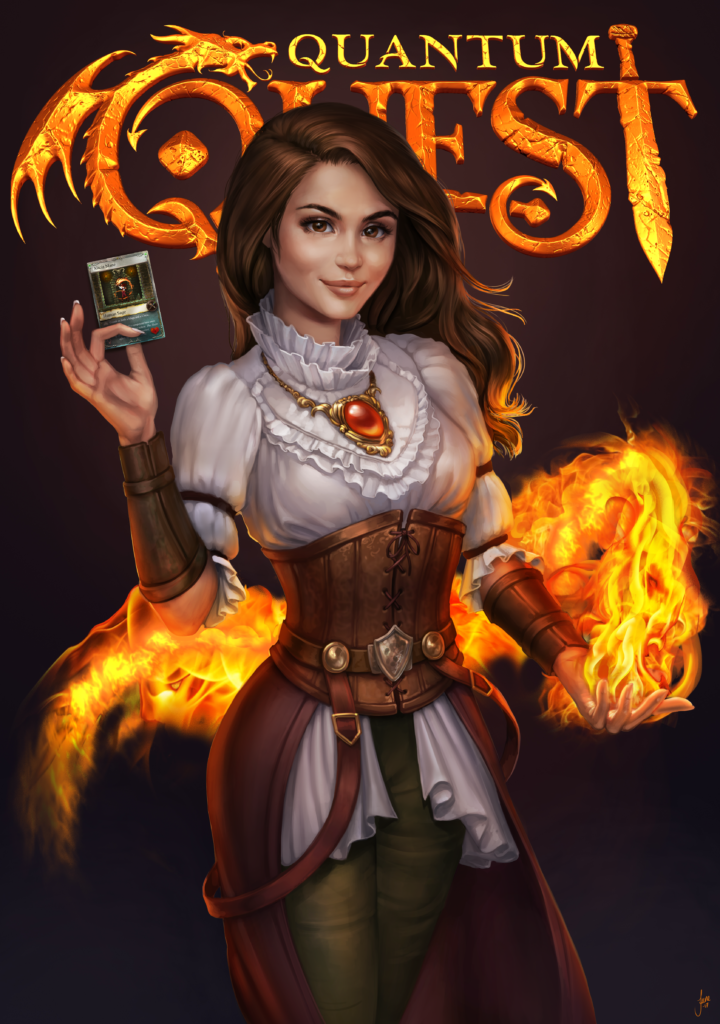 Stay tuned for the future, as we have another piece scheduled with June that is sure to be a lot of fun!