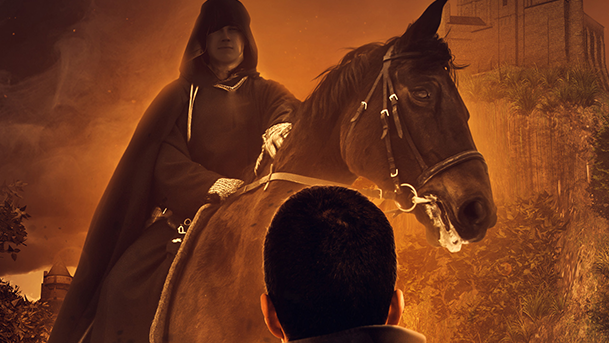 Back in June, I had the awesome opportunity to talk about C. J. R. Isely’s new fantasy, Ranger of Kings, the first book in the William of Alamore Series.  Since then she’s been working hard to bring the second book in her series to life.  At the end of July, she made that completed that goal, and unleashed the sequel.  Now’s your chance to learn more.  Read on to find out what you need to know about The Cutthroat Prince.

Fans of C. J. R. Isely’s first book, Ranger of Kings, didn’t have to wait long for the sequel.  In The Cutthroat Prince (William of Alamore Series Book 2), her captivating characters find themselves engrossed in more trouble that you’ll want to follow along with.  Once again, Isely excels at crafting a world that seems intricately developed, with a deliberate hand on everything there is to see.  The second book focuses its lens on things like the politics of the world that Will lives in, as well as the culture that exists from one country to the next, and even on chivalry and horsemanship.  Though it feels scholarly in some regards, the story never loses a step in its prose, which at times feels moving and poetic. 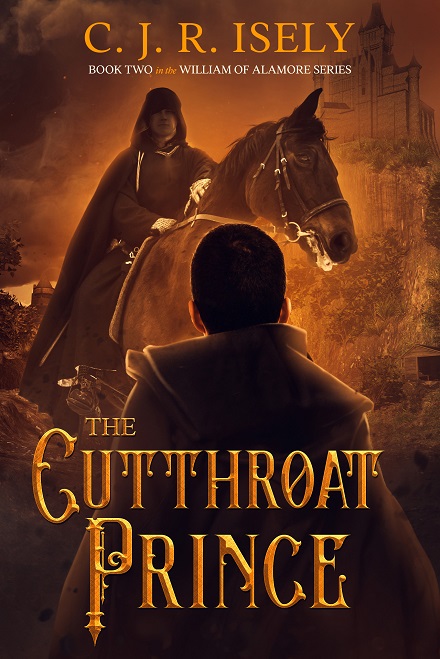 Plunging into the second year of training as a squire, everything is looking up for Will. He gets to train with his best friends, work a new mentor, and learn to become a knight of Alamore. Though the war of the winter is a raw memory, Will is doing his best to push the secrets he’s uncovered about who he truly is to the back of his mind. As long as he never speaks of his relation to King Tollien, he hopes he will never have to consider its consequences.

But secrets aren’t meant to be hidden forever and there are others who are not as willing to forget.

With the arrival of a mysterious knight in Alamore demanding council with King Revlan, the short peace is fracturing. Now keeping his royal lineage a secret is a battle in itself. The Ranger has ordered him to trust no one, to hide the truth of who he is, and pretend that he is just another squire. And Will is trying his best.

The problem is that people seem to know. Rumors are running through the castle about the arrival of this new knight, unrest in the south, and the grey cloaked riders attacking the unwary in the woods. Will and his friends and thrown into the thick of new dangers when it becomes clear the these rogues are after him and Will must face the Cutthroat Prince or risk losing more than just his life.

The Cutthroat Prince introduces interesting new characters, elements of intrigue and new hazards.  There are new perspectives to look at Alamore with, and new secrets to reveal.  It’s a slightly longer story, but readers will still be hungry for more after they turn the last page.  And despite the second consecutive close of her books, Isely makes it clear that there is still more to say of Will and his world.  Don’t sleep on this book or its predecessor.  Check out The Cutthroat Prince (William of Alamore Series Book 2) on Amazon today!

Also, don’t forget, you can still sign up for Isely’s newsletter to get a free copy of her novella, The Falcon and the Stag, also set in Alamore.  Furthermore, both books are now available in audio format.