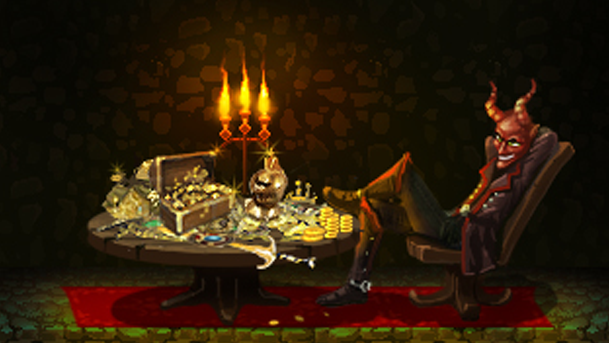 Hello folks!  A couple weeks ago, we switched over from the Quantum Quest expansion adventurers to the chambers, and today we’re going to show you even more deadly new rooms.  Some of my favorites in the set are in this collection, so I’m really excited to go over them.  I really hope you like them!

The living dungeon has its fair share of the undead, so it’s nice to have a cleric around.  This shade not only deals more damage if one isn’t present, it also makes you lose your turn.  This card can be a game changer in the beginning of the game for sure! 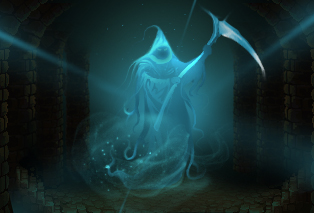 We ended up using a new background for the card rather than the old dungeon.  Gotta refresh things a little bit here and there! 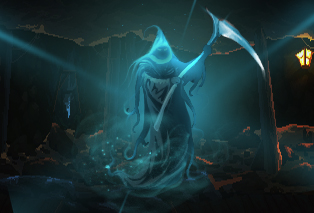 The Arcane Imp is the monstrous personification of kicking someone when they’re down.  If it isn’t bad enough that you’re taking damage, this room also saps a mana from you if one of your adventurers dies! 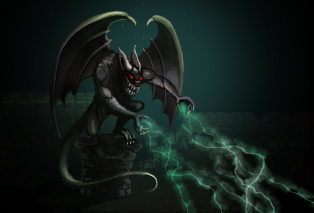 We did the same thing with this room as we did with Abyssal Shade, and switched up the background. 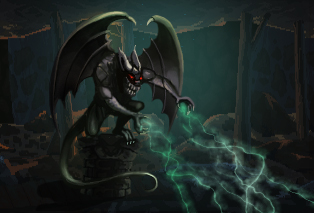 This one is a slightly complex card that may need to be changed a little bit by the time the game is production ready.  We like the idea of an adventurer who can’t capture chambers until certain parameters are met, but it’s going to be hard to determine how that’s represented.  Do we “bow” the card?  Token?  We’re still playing with this idea.

With this card, we decided to zoom out, because we don’t want to lose the already-established look of the adventurers if we have them in the cards.

Since this set is all about putting together meaner chambers, it seemed like a good idea to have a chamber that paid homage to a beneficial card from the first set that completely turns it on its head.  Enter Cursed Fountain, which is just not a nice card to have.  The good news is that you can purchase this chamber, unlike the Healing Fountain from the first set! 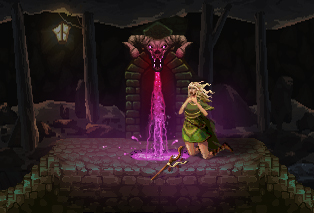 We’ve just arrived at my absolute favorite card from the entire set.  First of all, props to Sergei for designing such an awesome piece of art.  The Demon Mercenary is a total trip, and he definitely changes the pace of the game.  You can buy this chamber for a nasty cost, but the mercenary doesn’t work for free, and he certainly doesn’t have any loyalty.  Players can purchase this chamber even if it’s owned by another player! 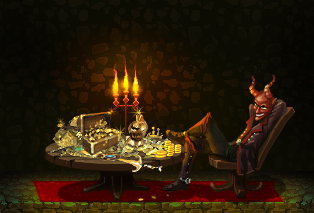 The entrance is one of the most important rooms to the dungeon, and we want to make sure that it always has a fresh look no matter what version of the game you’re playing.  Since this expansion kind of has a crystal cavern kind of feel, we had a snowy outside entrance. 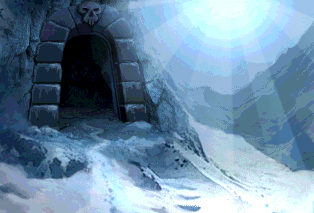 Another favorite among our group, the Gelatinous Cube is an adventurer’s bane.  Nothing good can come from this monstrous blob, but at least you can decide if you want to take more damage in order to escape it. 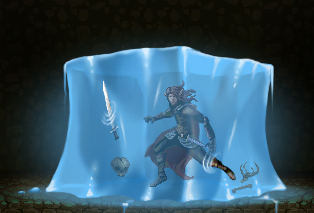 We wanted it to look more jelly-like than icy, so we switched this one up a bit. 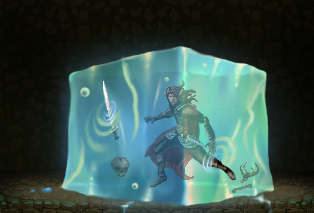 This is another awesome piece of artwork, with a slightly more complex hook.  It shouldn’t be too hard to remember that you need a high roll to save yourself from being petrified.  If you don’t escape the kaltauri, it deals damage to multiple adventurers, making your lost turn hurt extra bad.

This is another one that might have to change before the final game releases.  I like the idea of it though: the spider traps its victim, and if anyone else would happen to move past the chamber while someone is trapped, they end up being trapped as well!  It might be too complicated in the end, but we’ll certainly test it while we can. 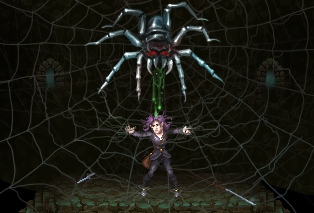 Do you remember watching Scooby Doo where the gang would run from one side of a hallway to the other?  Or what about when they were walking by a mirror and it definitely wasn’t them on the other side?  This card is a nice little homage to those cartoon moments.  Mirror Maze is a powerful card in the start of the game, but as adventurers start to die off, it loses a little bit of its oomph and slows down. 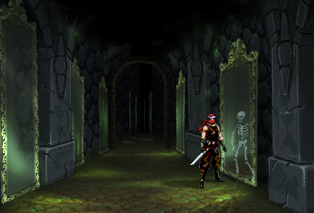 This is just a simple trap chamber, and it’s one that we’ve tweaked in order to make the end game a little more speedy.  In the first set, losing your turn at the end of the game was almost something you were hoping for, because it meant a moment of respite.  But Snare Trap only procs a loss of your turn if you have an almost-full party.  No more saving grace! 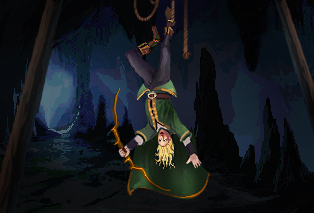 That wraps us up for our second set of chambers from this expansion set.  Keep your eyes open for our next set, as we have some more awesome cards coming up!