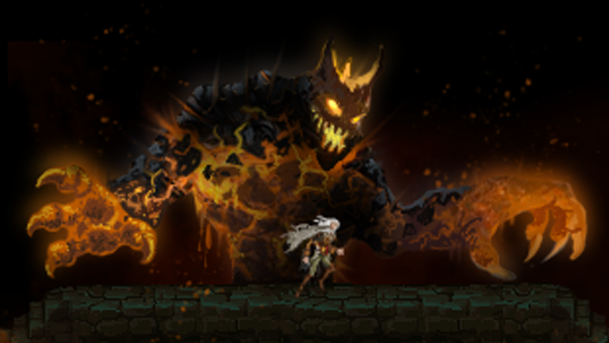 Howdy questers!  It’s been three weeks, so you know we’re going to be featuring Quantum quest again.  This time around, we’re showing you the third set of chambers from our upcoming expansion, and once again, we have an awesome bunch of art to show off.  Big props once again to Sergei for his awesome work!

The hidden dungeon is filled with traps, and some of them are a little bit funnier than the rest.  Hidden Catapult is a fun little trap that doesn’t do too much damage, but can still mess up your plans if you don’t have a proper party member available. 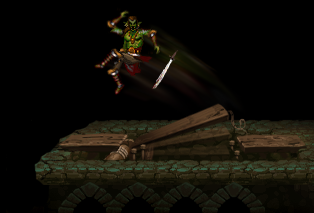 We did change this a little bit due to not wanting a lot of black space in our cards. 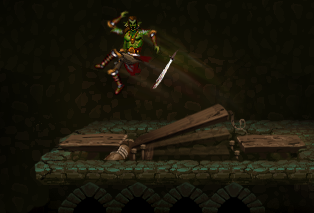 An inferno is a lot worse than a spark!  We feature one of our box-art characters in this chamber, where the more mana you have, the more damage you take. 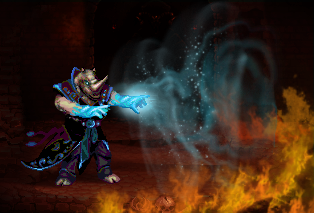 Sometimes you just can’t help but get a little angry.  In this chamber, it hurts a lot more if you have an adventurer trained in combat—unless, that is, you can pay the price to own it. 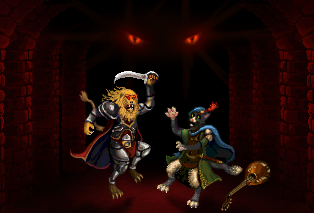 Since the expansion to Quantum Quest is almost like playing on hard mode, we wanted to make things harder for the players to move forward.  Mana Stream is like Mana Pool lite.

But that’s not all…

If you’re really unlucky, you’ll only happen upon the receding mana pool.  This chamber only helps out those who desperately need mana! 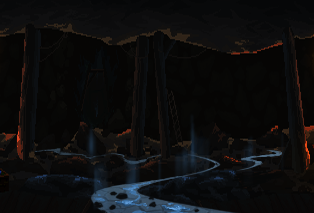 Luckily, that’s not the only blessing you can happen upon.  Hidden potion caches let you restore a mana or a health when you happen upon them. 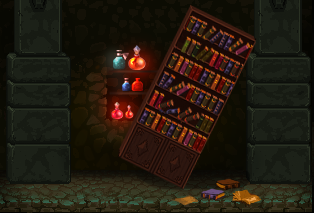 These weapons have a mind of their own, and they’ll do a number on your adventurers unless you have a worthy mage in your party to help even the odds. 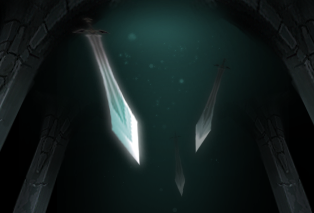 The cleric’s answer to the Spectral Swords room.  The Undead Pygmies need to be turned, otherwise they deal pretty massive damage to the party! 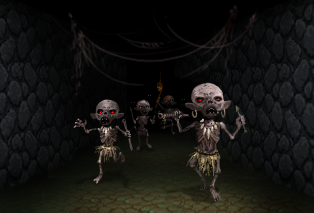 This is one of my favorites.  I hope that we don’t have to change it too much, but it does rely on a token mechanic to work it properly.  Every time an adventurer dies in this room, the ooze grows stronger.  It doesn’t do a lot at the beginning, but if it has a lot of opportunity it can become the most powerful chamber in the dungeon! 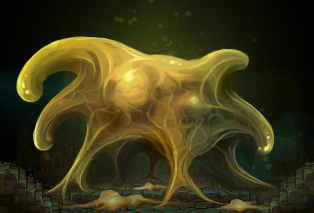 If you thought the dragon in the original set was deadly, take a look at this massive monster!  The Vengeful Titan packs a vicious punch, enough to kill just about any adventurer in just two hits. 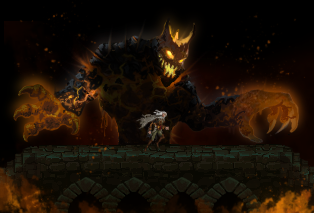 Sergei ended up giving us a second version that we ended up liking a lot more. 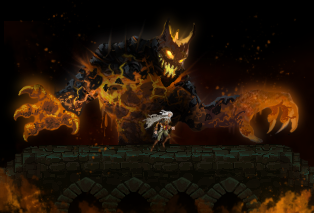 After struggling through all the dangers of these new chambers, you could probably use some help.  Unfortunately, the magic portals in this deadlier wing of the dungeon need a little more help to operate effectively, so you’ll be spending a couple more mana to summon help! 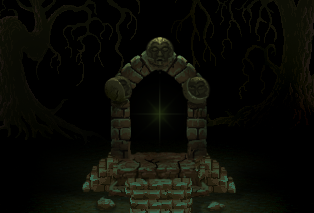 So, that’s it for this set of chambers, but we have one final set to show you in a few weeks.  Make sure to stop back!