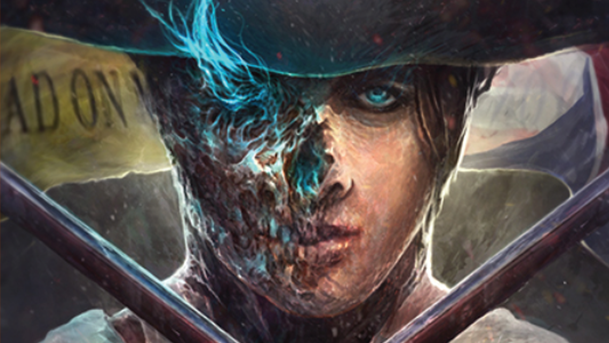 Hello folks, and welcome to another trip through the nexus that is the Otherworld.  We’ve been playing in a lot of sci-worlds lately, which means journeys into the future.  But a lot of the time, one to the past can be just as enjoyable.  Take, for instance, the work of today’s author.  With a haunting, different take on the Revolutionary War, you might just find an itch you’re ready to scratch.  Today we’ll be diving into Winter Eternal II: Divided Loyalty (Book 2).

E. Thomas Joseph takes a new look at a heroic and sordid time in the history of the United States, and he paints his stories with various shades of greys, rather than definitive blacks and whites.  In Winter Eternal II: Divided Loyalties, Joseph gets into the heads of his characters in very intriguing ways, giving readers characters that are interesting to follow, even if you’re not always willing to root for them.  One thing is for certain: the Winter Eternal series is not afraid to be a dark, moody and gruesome set of tales.  Just as with the events that inspired the fantasy elements of these books, there were shadows over everything in those days. 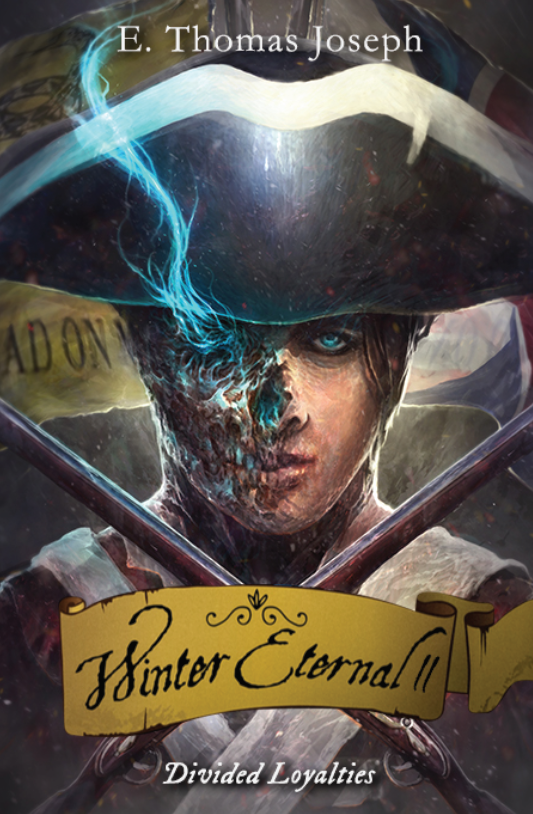 Autumn, 1777. The spirited, dissident colonials are emboldened by the recapturing of Fort Ticonderoga. In New York, internal strife and the competing pursuits of grandeur soil the empire’s better decision making. It appears inaction, despite ruinous events, is the best course of action. In London, His Excellency’s patience in subduing, the rebellion is exhausted and thus, British war-planners in America weigh the costs of ordaining a shrewd, yet entirely risky gambit to navigate the favorable winds of the war all the while, advancing individual self-interests.

By the will of fate or the energy of his actions, Dedrick Hereen is given no choice but to choose between paths the privileged merchant would otherwise dare to never have traveled. His wealth, charisma, and influential connections wield no value in impeding the darkness. Forced to confront the specter of his wife’s imminent departure or take to arms and claim the lives of his countrymen, he is now a grudging competitor in the contest to secure the enigmatic Iroquoian medicine, the Kahontsi Ehnita: The Giver of Life.
For his part, Royal Army Captain, Isaac Pearson is tormented by conflicting fidelities. As the pretentious Englishman reaches the end of his lengthy and onerous crusade he considers the relationships with his wife, his country, and the Almighty. With his senses of honor and hope expired, Pearson is removed from the contest, yet bears merely a modest resemblance to the man he was as he entered it.

For time is an invincible nemesis, an unyielding predator who will make a prey of us all.

Winter Eternal, uncovered from the layers of dust, deep within the archives of America’s Untold History follows the tales of Phantom Regiments which wreak destruction, Orders cloaked in shadow, detestable men who are accorded with just deserts, large armies clashing in dramatic battles and delicately tortured souls waging intimate conflicts.

Joseph earns well-deserved praise with his American Revolution-set series.  He gets deep into the minds of the characters, and it’s interesting to see the gears turn.  If watching conflicted people explore tough or gritty decisions set in a harrowing time sounds like a entertaining journey, you shouldn’t pass this series up.  Check out Winter Eternal II: Divided Loyalty (Book 2) on Amazon today!  And don’t forget to check out the first book in the series either.