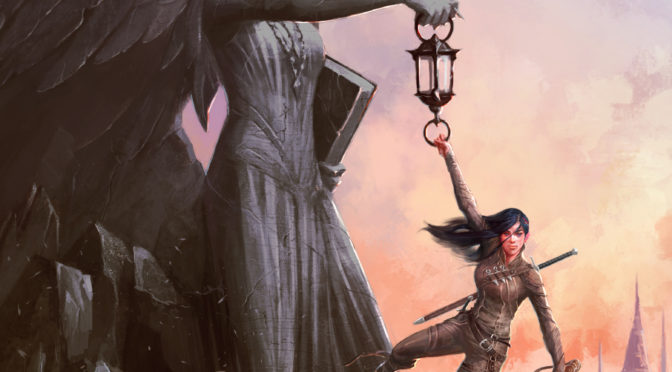 Hello everyone, and welcome to a glorious new year.  2018 is sure to be spectacular, as new books are coming your way, both within Tellest, and from other fantastic authors.  One such author, Eric K. Barnum, has been an inspiration and a wonderful ally of the Tellest brand for the past year.  Every chance we get to praise his accolades is an awesome opportunity for everyone.

That time is now, as Barnum has a new book out today.  Khalla’s Play takes what he’s done with priests and paladins and extends it to the thieves of the Forsaken Isles.  As always, the story is deep and rich with lore, and the author grows his world with ease.  You’ll swear you’re in the city streets, watching the thieves work their craft.

It’s been a long while since we had the opportunity to bring attention to another author’s work, but starting off the New Year by showing off Khalla’s Play was well worth the wait.  Read on to see just how interesting this new novel is. 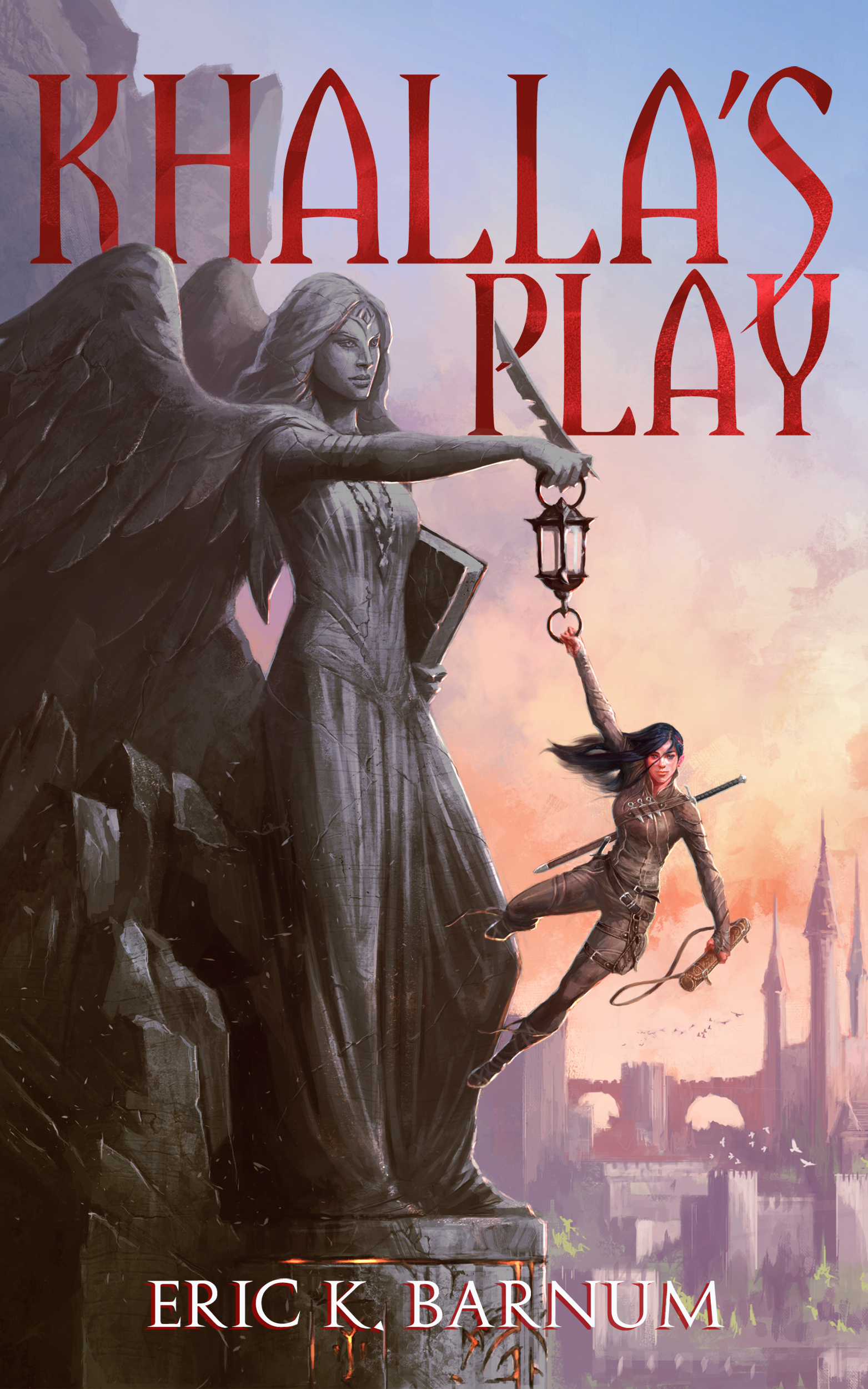 When the Jade God of Necromancy dies, Taysor and Tania’s smugglers and thieves turn on each other to control the black market and powers to be gained by harvesting the god’s body parts. Set against this serpentine street war, the Tanian Thieves Guild ‘Perdition’ rallies behind Khalla as their new leader. The former leader, Ash, just wants to cash in on the map given him as payment by the Dread Lord of Ice. That map points him and the archmage mage Halgrim, to Merakor. The ancient civilization, destroyed by the dark elves nearly 3,000 years ago, has sat ripe and untouched until now.

The fighting stirs and ancient evil lying dormant below the templed streets of Tasor. The Dark Legion guild, specialized in human trafficking, abduction, and ransom, craves the blood of the Jade God. Instantly addictive to them, the turf battles mask their lust for more. Without a god controlling the dominion, necromancy runs amok and the Dark Legion realizes it may just have the power to take all that it craves. Syand, the vampire, is coming for more. Powerful heroes are already at play against her, like Ayden who now commands the Nineteenth Bloodstone Legion under King Malcor’s reign.

As allies turn on friends, orc armies march, and the gods themselves fight for control over necromancy, join Ash, Halgrim, and Khalla as they make ready to depart for Merakor. Their mission is simple: find the Tower of Aler Alerest in the ruins of the Arati Grasslands. They need a team of heroes, strong enough to fight the dark elves and their minions but wise enough to stay on course. Strength and wisdom… these do not describe Khalla. It’s okay, Khalla: your friends have your back.

Join the heroes of Tania and Sora as they sort out the aftermath of Orcus’ fall, and make ready to depart for the ancient civilization of Merakor.

I’ve said it before, and I’ll say it again: Eric K. Barnum is an author to watch out for.  His writing gets better and better with every book that he writes, and he puts out books like a fiend.  His literary work ethic is incredible, and you can feel the passion with which he writes for the Forsaken Isles.  He’s already got so many books out, but Khalla’s Play is sure to be your new favorite.  Check it out on Amazon today!

Some other interesting news:

Want some more cool news?  Any folks who head over to the Forsaken Isles site and subscribe to the newsletter in January will receive the exclusive short story “Temple of the Golden Serpent” to be released mid-January.