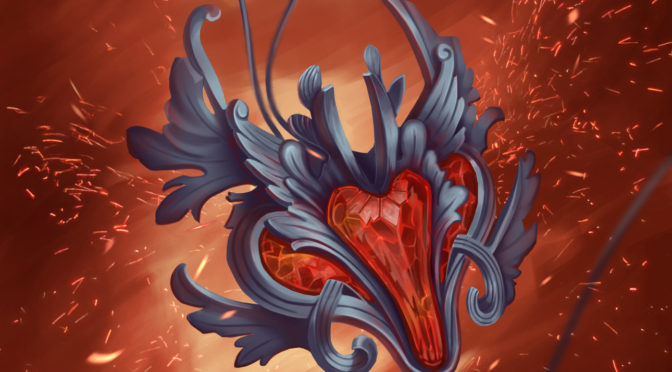 Well hello there friends!  A while back now (three months in regular time… three years in internet time!) we told you we had begun working with a new artist, Azot.  We forged ten items with him, but we only had the opportunity to show you the first two.  Today, that mistake is rectified!

Last time, we showed you some of the equipment that Kaos Kreegan has used from time to time.  Now, we’re going to show you what are ostensibly the two most important items in the series at this point.

First off, let’s show you Mr. Macguffin, the item that makes the entire first trilogy take place.  In The Bindings of Fate, Kaos Kreegan discovers the mystical gauntlet of time long past, Azaros. 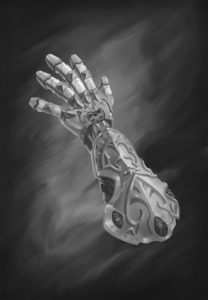 The funny thing is, nobody even really knew what Azaros did until the second book.  It really was just a MacGuffin, but it’d be like if the ark was never opened in Raiders! 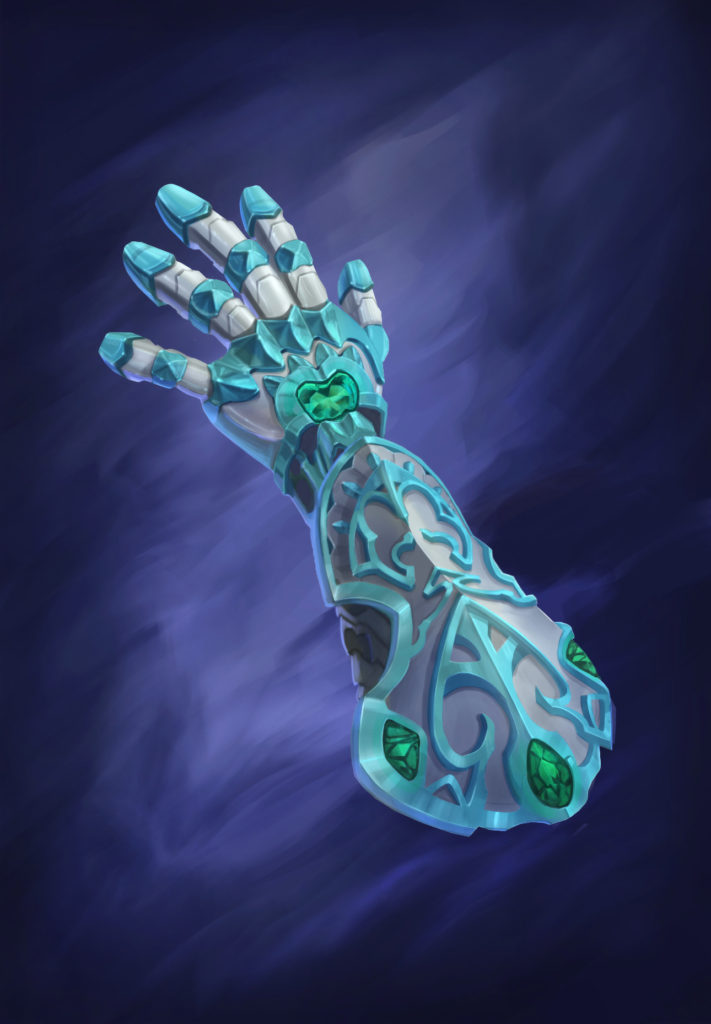 The full color version of the gauntlet doesn’t look that out of place in the world of Tellest.  But, I do think it looks a little bit like a medieval mega buster, which I’m totally OK with!

The next item up on our list is quite possibly even more important.  It is an item that connects two characters, lends one power, and eventually unleashes even greater power, which may not be able to be controlled… 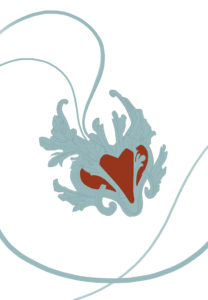 The Heart of Ariyas was given to Alicia when she was just five years old.  Kaos Kreegan was a stud even back then. 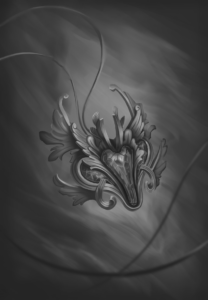 Sixteen years later, when Kaos met Alicia again, it was the heart pendant that she wore around her neck that proved to him that it was the girl he knew from his youth. 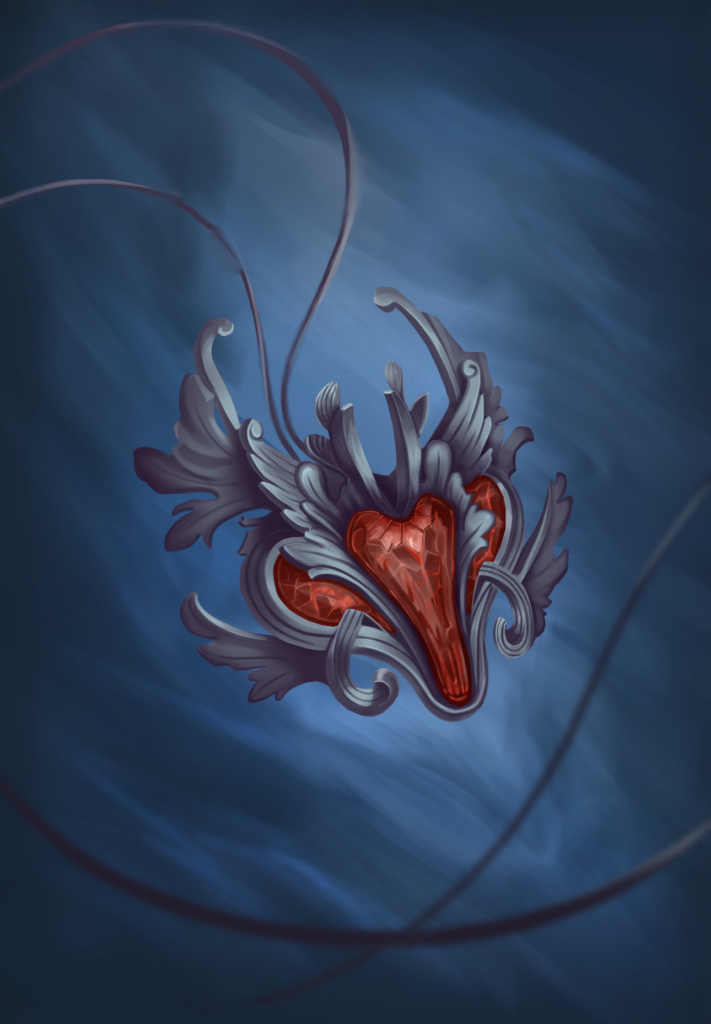 The Heart of Ariyas—the goddess of love on Tellest—gave Alicia great power.  She could heal the wounded… 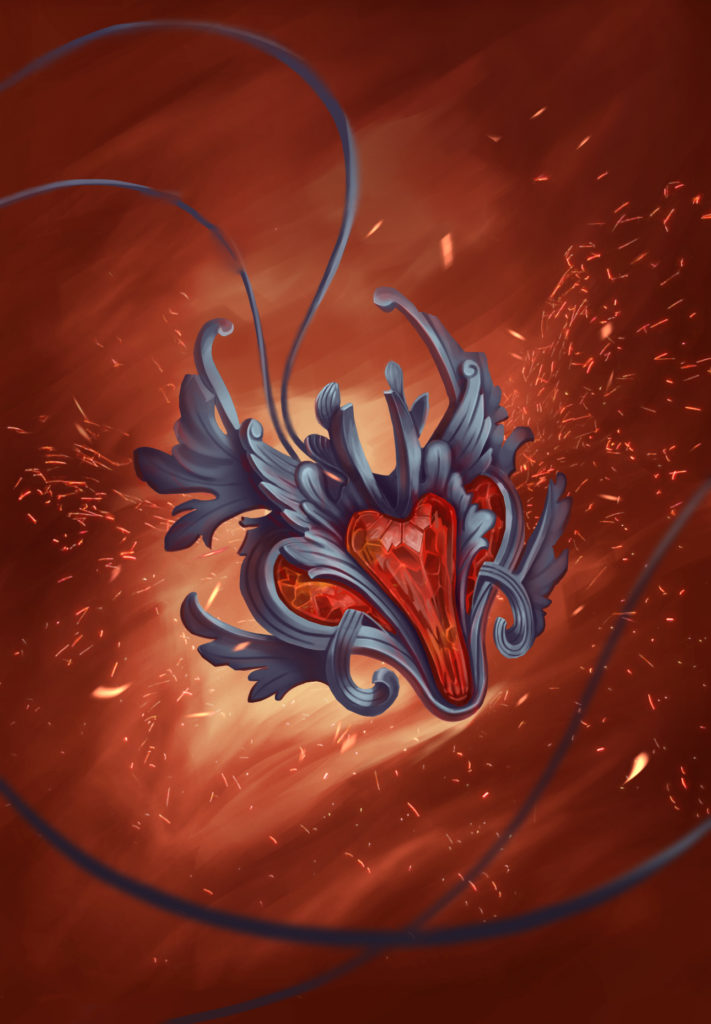 And it also gave her great strength, but at a cost.  The fire magic that was offered to her through the pendant enraged Alicia, and put her in situations that were as horrifying as they were dangerous.

That’s it for this grab bag, but you can bet your behind that we’re not going to wait three months for the next set.  We’ll be back later this month with two more pieces that Azot did.  Keep your eyes peeled!