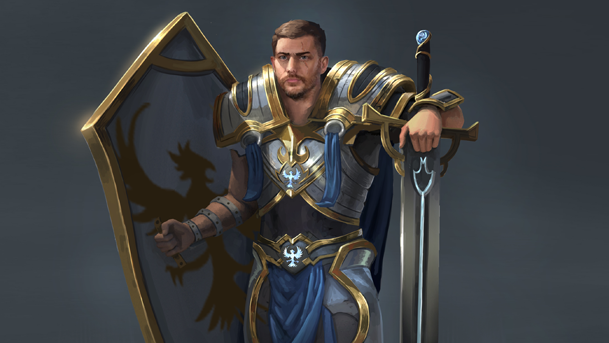 Hey everyone!  A few weeks back, we pulled back the curtain on the big new initiative here at Tellest.  The world of Tellest that you thought you knew is a little bit different, and we’re here to show you some of the ways that is.

The novellas and novels that I’ve been working on since Mageborn have been taking place in this bold new timeline, and they change a lot of things.  Characters like Adelia, Maximus, Venathryn and Bolt have retained a lot of the parts of themselves that made them easy to identify.  But as we saw with Luca Kreegan a couple weeks ago, not everyone is the same version of the characters we knew from the Child of the Stars trilogy.

Today, we’re unveiling another of the characters from the original three books re-imagined for this new timeline.  David Garus was a roughneck gladiator, but his station in life is a bit different since Rhys altered the structure of time as we know it.

We start things off with some sketches, as we often do.  Even here, you can see that our warrior, who used to wield dual axes, has a different bit of a style now.

David is still a powerhouse.  But rather than wield two axes with ease, he is almost celebrated for his power, wielding an enormous sword and shield combo, and plenty of armor to boot. 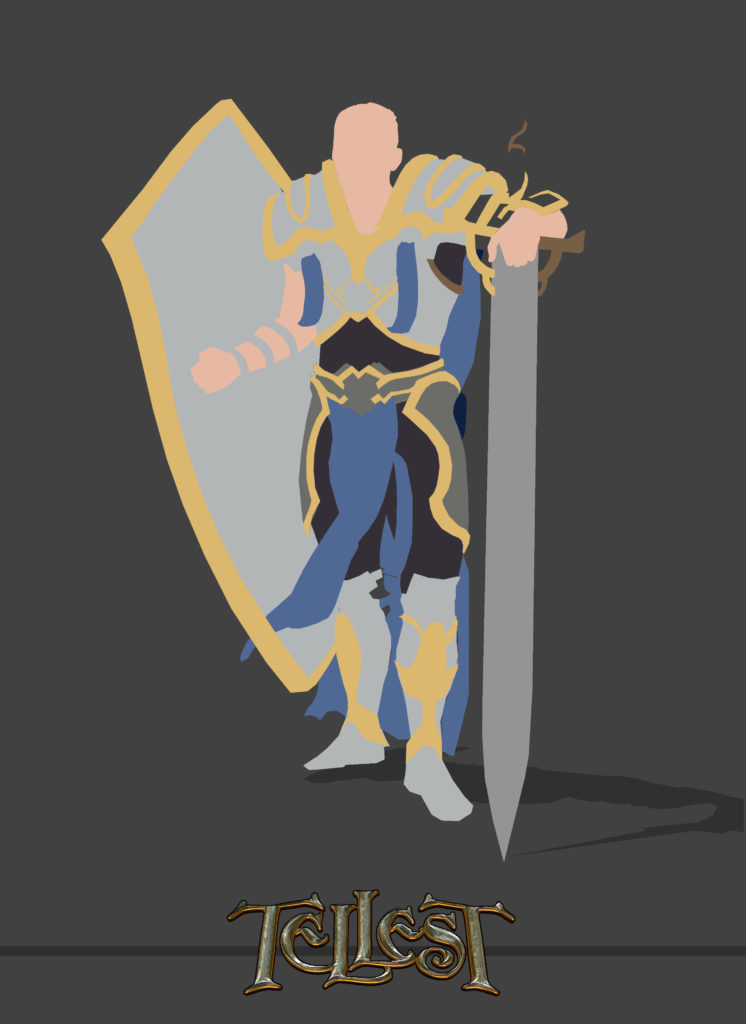 There’s a lot of silver and gold in this piece, with some blue accents to touch things up and make it pop.  So how exactly did this change come about?  Well, we’re not saying just yet.  We’ll let the story speak for itself, mostly, but we will say that David is no longer the secret gladiator he once was.  He enjoys his time in the sunshine, that’s for sure. 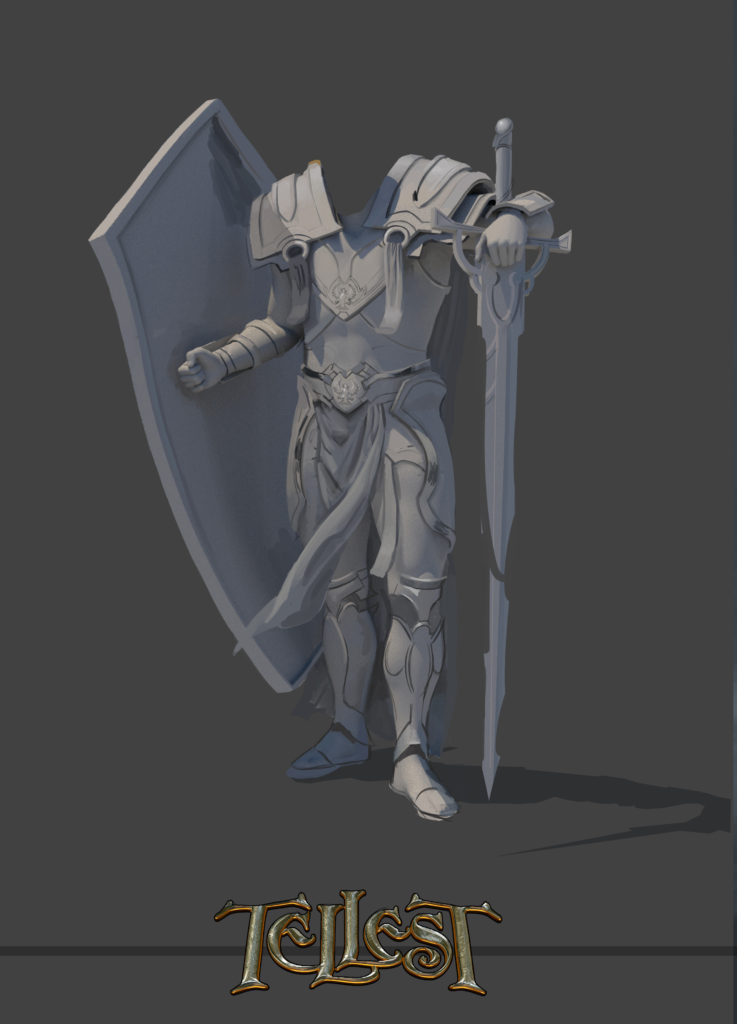 Ack!  He’s lost his head!  I actually really like this step of the creation process, as Dennis really takes time to make sure the lighting is handled properly.  You can see in this phase how it would look if we made a figure of the characters… 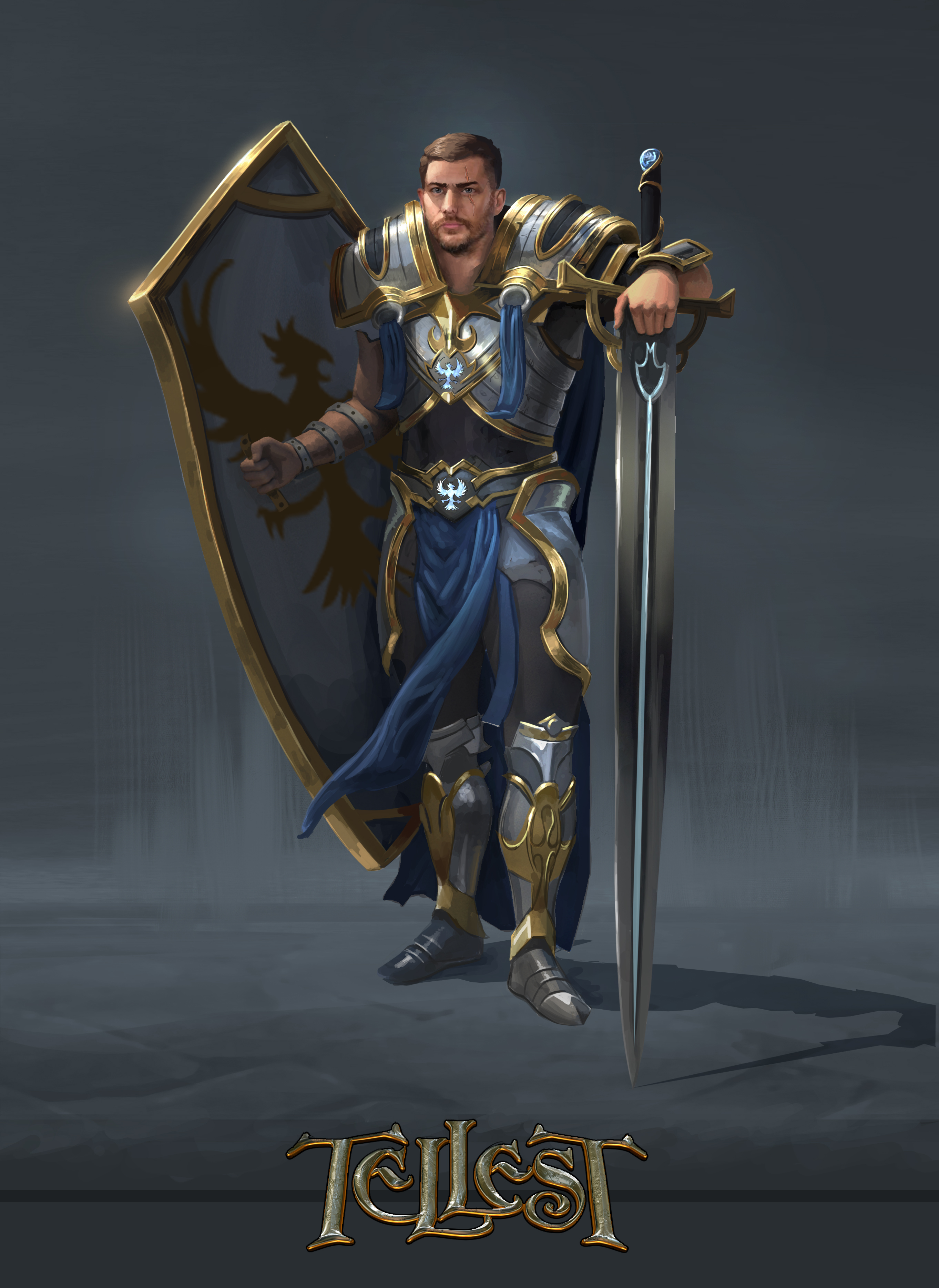 David’s grand finale really pops.  First of all, I’m so ecstatic that we were able to work the Atalatha sigil into a lot of this costume.  Going forward, we’re really trying to make the people who are banded together feel like they’re part of a cohesive group, and seeing David as a representative of Atalatha is really special.  Beyond that though, the piece is just absolutely spectacular.  Dennis Kessel crushes it again, and keeps us eager for the next piece that he’ll deliver to us.  Once again, you won’t have to wait long.  The next piece is just a couple of weeks away!  See you then!