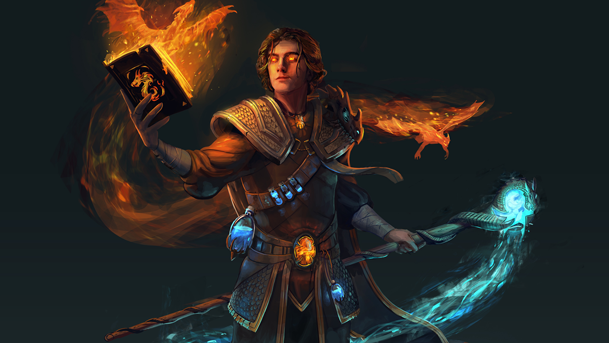 Howdy folks!  We have got an awesome, awesome post for you today.  Since Hozure ended up with an incredible opportunity (that we can finally sort of talk about), Tellest had been on the lookout for someone to kind of take up his mantle and keep us moving forward with our figure art.  We still have some awesome portraits that come through from Lee Jun, but full body pictures tell a bit more of the story.

To that end, we’re happy to introduce Dennis Kessel to the mix.  He does a wonderful job bringing our characters to life, and he get his first opportunity to shine with the enigmatic Andrakidus.  Let’s dive right in!

The pose was pretty much established from the get-go on this one, but Dennis did allow some choices to be made regarding the attire.  We mixed and matched a little bit because there were parts of each that we enjoyed. 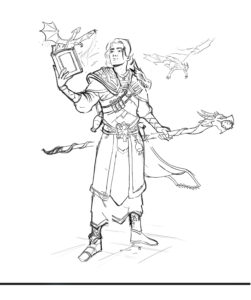 After choosing the attire, it was time for Dennis to work on a line art sketch.  Even from here, you could tell we were going to have something amazing. 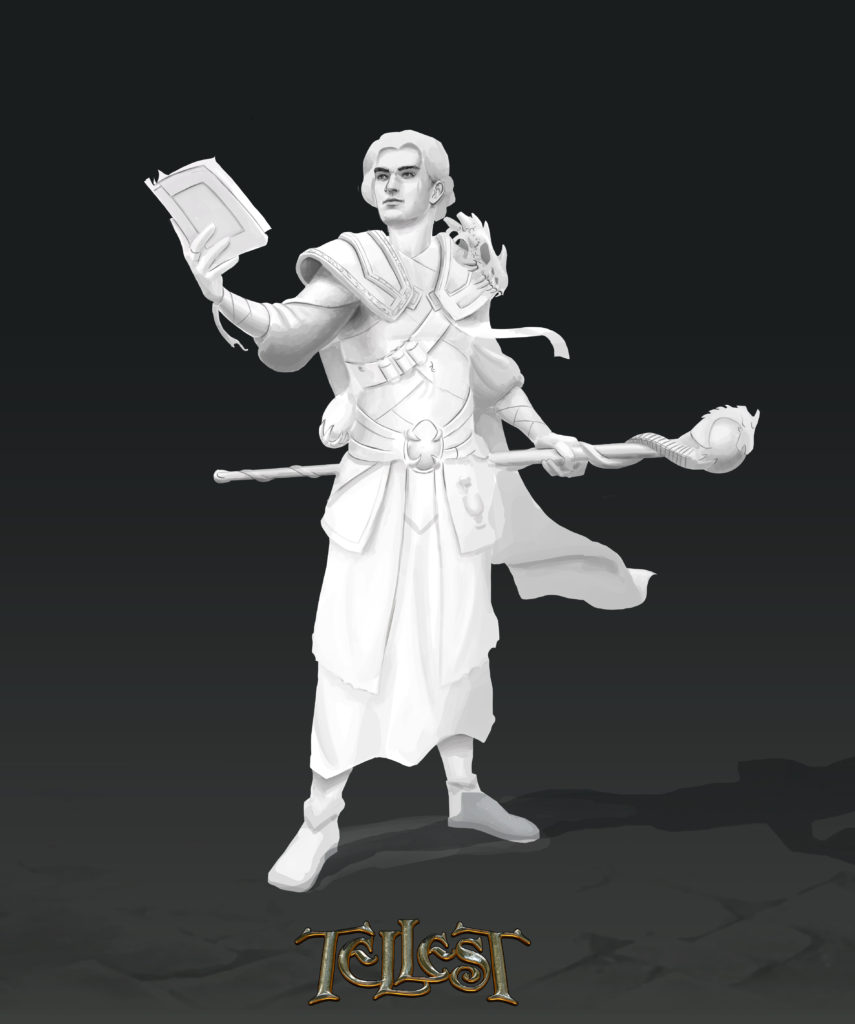 After that, Dennis started to sculpt out the character, helping him to really pop. 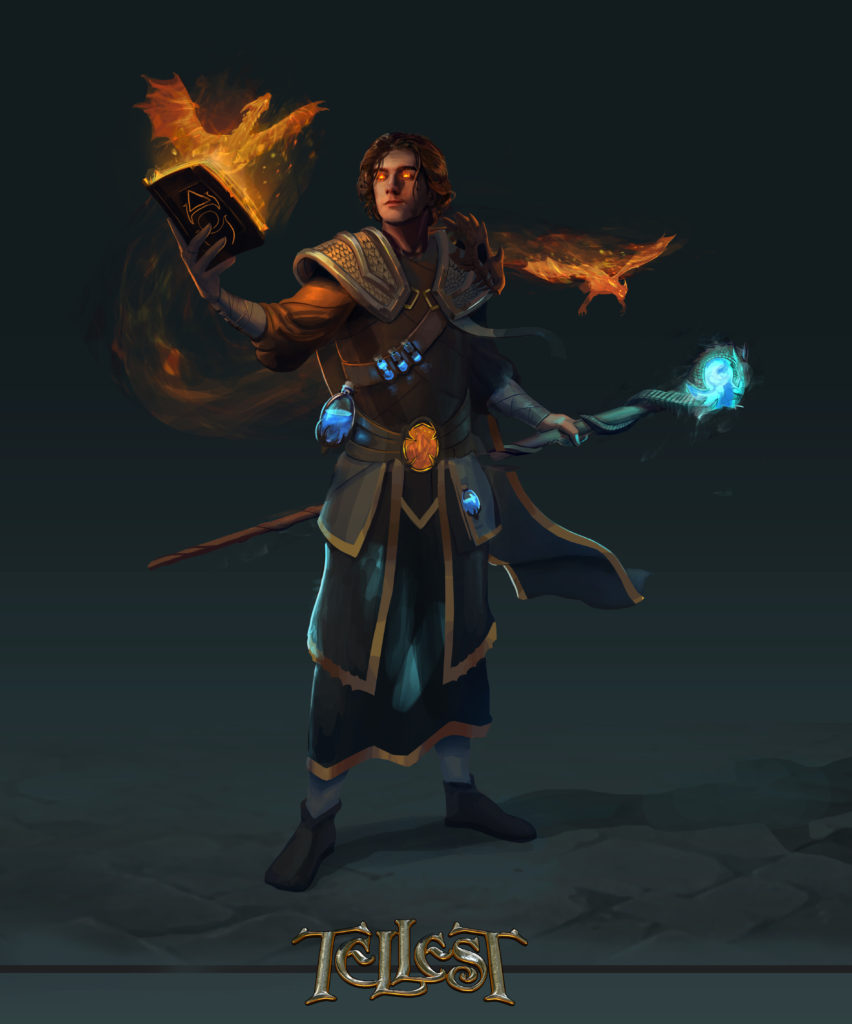 Andrakidus looks awesome here, with magic flowing from him, his staff and his book.  You can clearly tell he likes draconic magic.  By the time we saw this, I thought he looked like he could have been straight from a fantasy game like Diablo.  It’s very impressive.

But that wasn’t the final render… 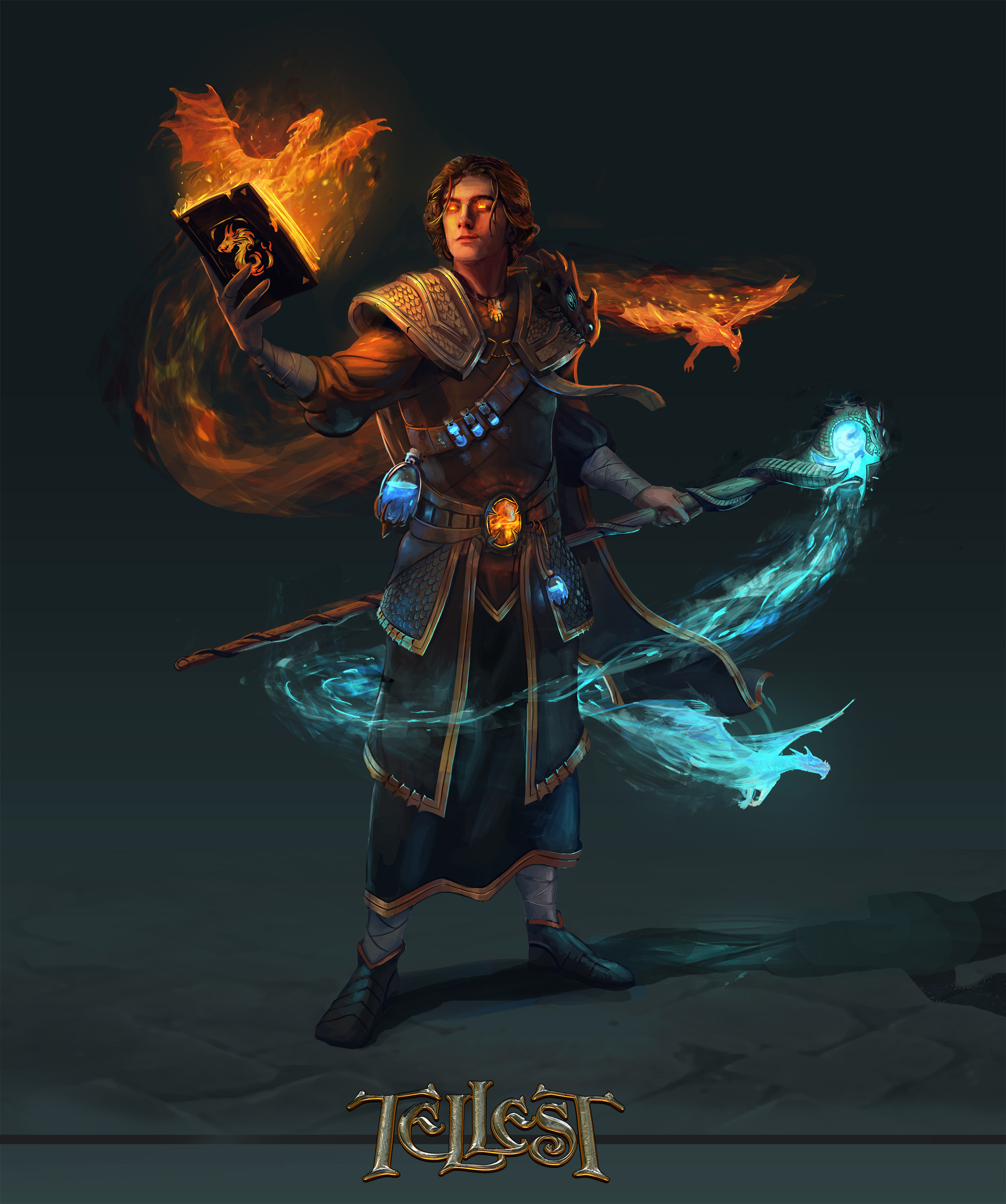 Here’s your final look at Andrakidus the dracosage.  Dennis crushed it during his audition with this first character, and we’re so excited to see him keep things going.  We’ve got a lot of his work to show you over the next few months, so keep your eyes peeled!

One other thing.  We had a few other artists give Andrakidus the ol’ college try.  While we ultimately chose Dennis to be our new character artist, we want to make sure to highlight these other great artists: 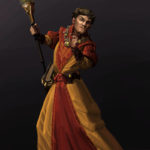 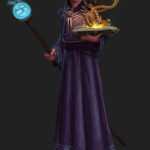 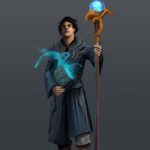