Hello there, friends of Tellest.  We’ve got a pretty cool entry to show you today, courtesy of an excellent cartographer, a Mr. Tom Fayen.

But first, we ought to step back to the middle of 2014, when certain things were only being put into place.  I knew that Versali-Virai was going to be one of the central hubs of my D&D group’s Tellest campaign.  I also knew that Versali-Virai was going to be a place that I planned on exploring somewhat in the book series, which is why I sent Maravek that way at the end of Awake.

So once I knew that, I tried to do a little bit of research to figure out how it all ticked.  I knew that Versali-Virai was a sort of pseudo French-Indian city.  I knew which continent on Tellest it would take place.  So I had to scour real life places to make sense of it.

I ended up with a crudely done map that I made.  Be warned, I’m no cartographer.

I did warn you.  That was the basic shape and structure that I wanted for this majestic city.  I knew the way I wanted it to look from ground level (especially with a little help from Leo).

But I also knew that I couldn’t get that far on my own.  So we hired Tom Fayen to really put things together.

Here, Tom put the basic structure of the city together.  We knew that the palace was going to be on the northwest side of town, and we knew we were going to have a plateau and some walls to deal with.  We worked on the poorer district first before we moved back around to the slightly larger buildings. 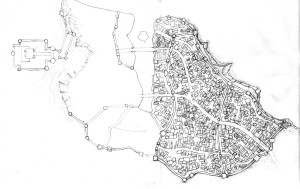 That’s an honest-to-goodness little city coming together there.  If you click on the picture to zoom it in, it’s very much in line with something you’d get from a D&D manual or adventure booklet.  I was thoroughly impressed, and after a short little wait, we had the rest of the city too. 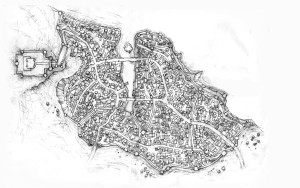 There was so much smaller things that really put finishing touches on this amazing brought-to-life city.  There’s little trees, the bridges are all fully realized (you’ve got that stone one with the pillars a little further northeast, and the smaller drawbridge a ways south).  Tom really did a good job bringing it all together.

And then, just for good measure, we have a nice parchment version that you can take a gander at. 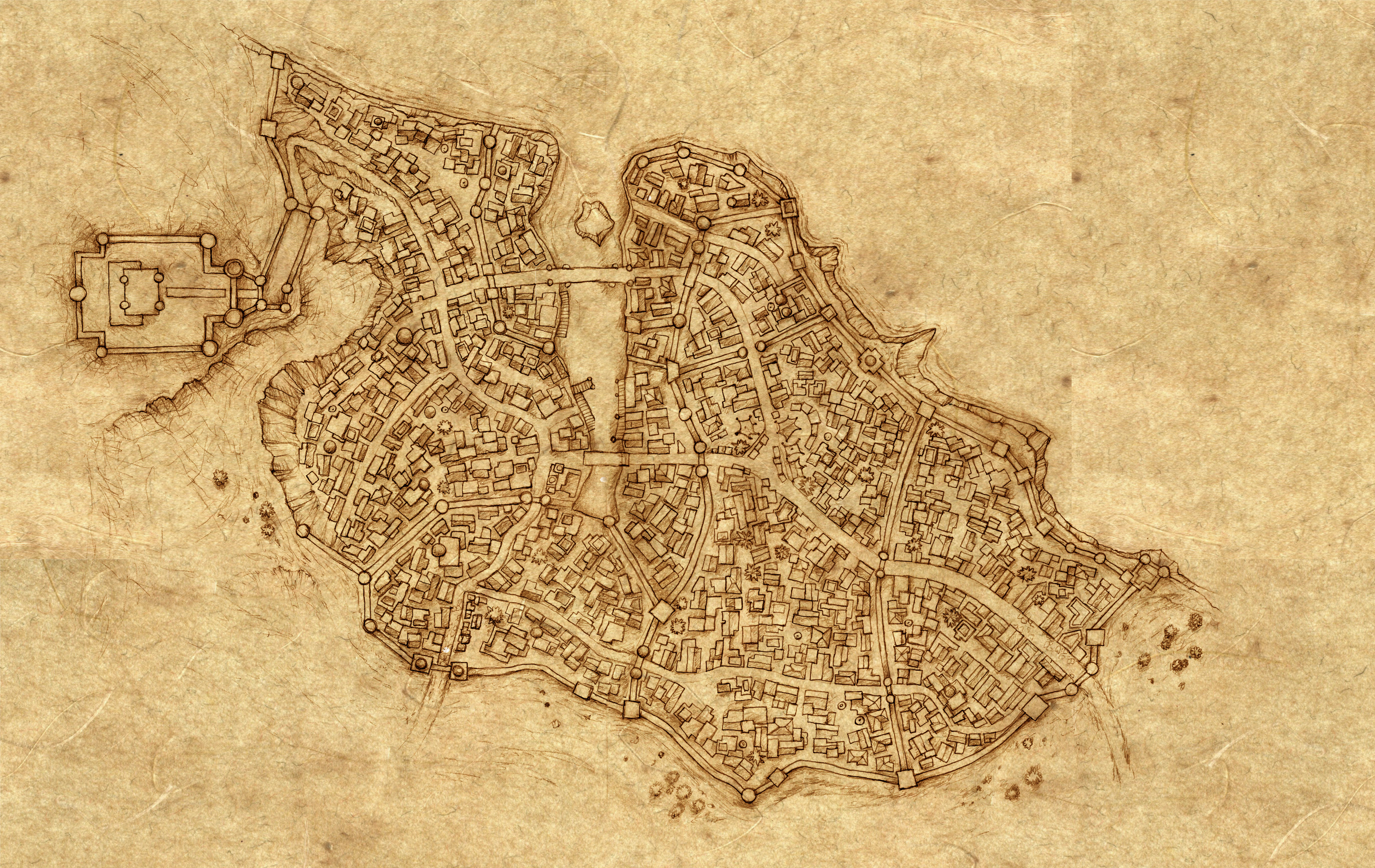