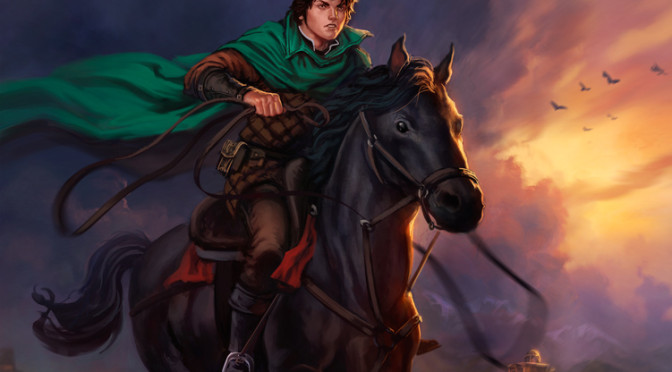 Now that we’re getting ready to shut the book on The Tinker’s Tale, I thought it would be a good opportunity to look back at the cover one more time ahead of its release on Amazon.

Sometimes, when you’re working with an artist, everything just works right from the start.  I’ve been working with Leo, and while every time he delivers a stunning product, there have been a few times where it seems he just knows exactly what’s in my mind, and puts it right to page.  I think that’s one of the tough things about being a writer with no real artistic talent.  It can be difficult to have this impression of something in your mind and not be able to get it out properly without conveying it to people in words.

When I told Leo what I wanted to see for the cover of The Tinker’s Tale, this was almost exactly what I expected: 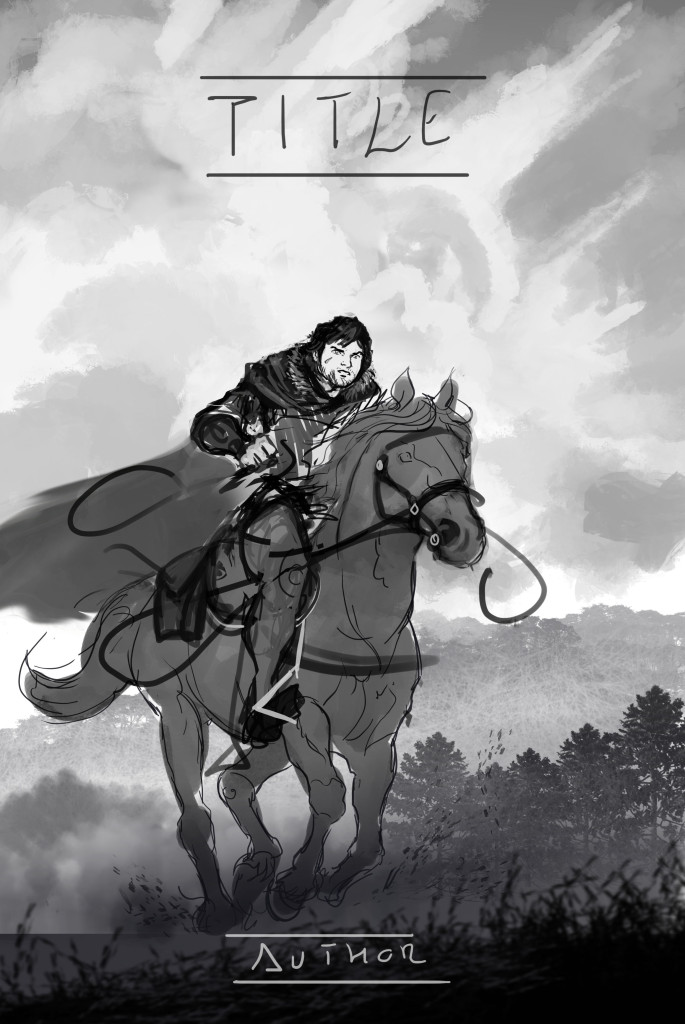 Leo is also getting used to the layout of the Tellest logos, titles and authors – For Son of the Storm, we had to get a little creative.

And despite how cool it could have been, I had to say no to this version:

Sometimes you just have to say no to dragons, even in fantasy.  If Maximus had come up against them, you can be sure I would have allowed them to share cover space with him.

Around this time, we decided that Seramore was a very important part of the story.  Though the countryside aspect had some impact, especially early on in the tale, it wasn’t as integral as this massive city that Maximus would be discovering.  So we came up with this: 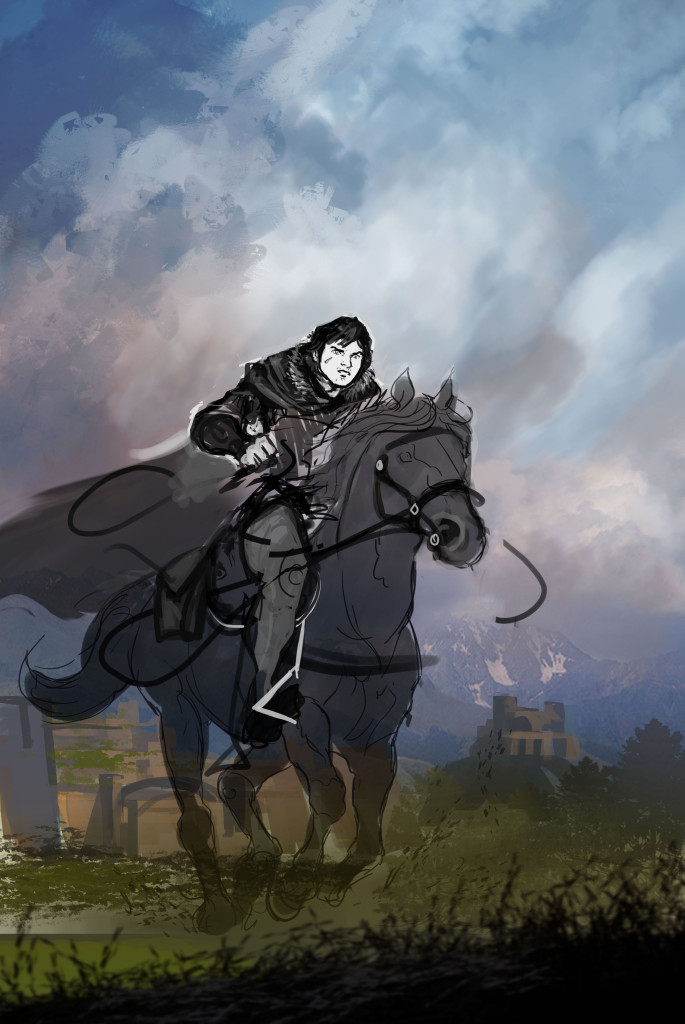 I can’t even watercolor 1/10th this good.

It was a big improvement on the message that the story conveyed. There’s something about the urgency here that you didn’t really get when you were in the woods.  You can also see that our protagonist is progressively getting less scruffy here.

Once Leo knew how pleased I was with this concept, we moved on to the final piece.  Again, I can’t begin to express how easy this cover was to work on.  Leo did an amazing job. 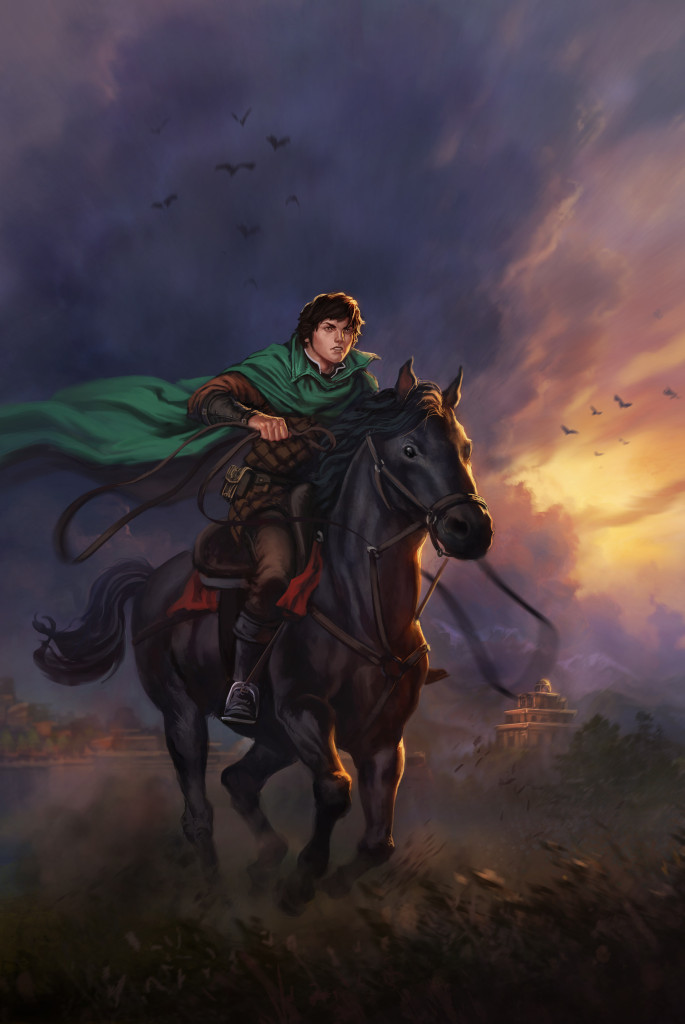 At the end of the process, we had something that was so simple, yet so evocative.  The turn around time was ridiculous, too.  I think Leo managed to get this to me in less than a week after the original sketch.

After that, we just had to put together our final touches, including the logo, title and author, courtesy of Paul Davies. 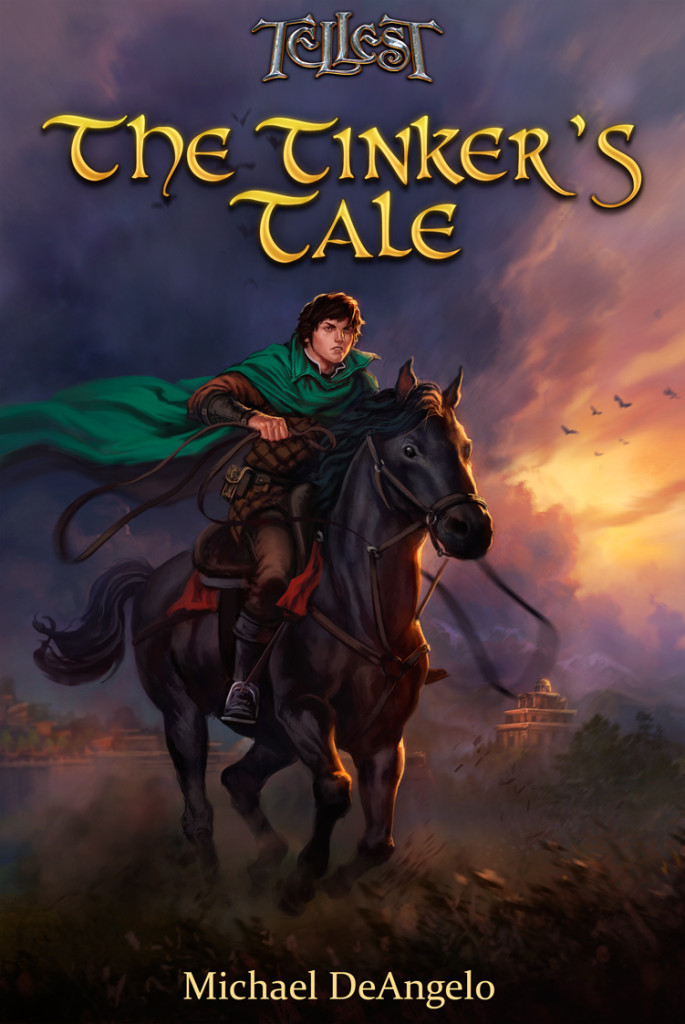 It really could not have been easier.  I’m very pleased with the final product, and I’m hoping that when it releases on Amazon next week, its potential readers find it expressive and attractive enough to agree with me!