Good morning everyone!  It’s been a long while since we’ve had work to show from RedPear (over two months), but we’re prepared to remedy that today.  Moreover, it’s going to be a “villain” that gets the treatment this time.

We’ve seen Essex Cayne in art form before, but he’s never been the focus of his own portrait.  That all changes today.  Of course, we always start off by trying to find the variation of RedPear’s sketches that we like the most. 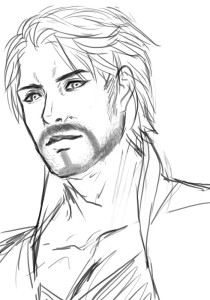 These first two we liked, especially the second one, which we mostly stuck with.  There was something a bit unsettling about the one character who managed to look directly at the viewer that we had subtly changed. 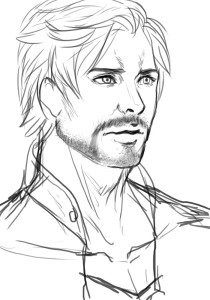 This variation was more in line with the character, I thought.  Essex had been around for quite some time, and he’s seen some horrors.  While he holds his head high, he’s still got a lot of pain that he deals with, and these eyes captured that better than the other images.

After that, Red set to making a more complete version of the character. 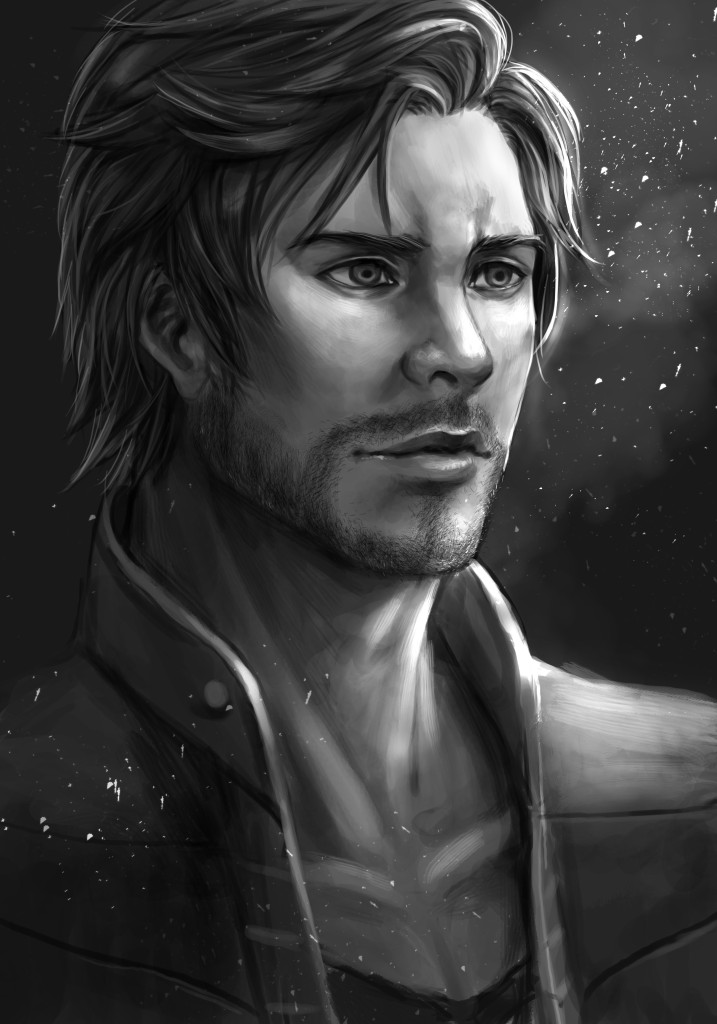 Essex looks like someone who comes from a place of refinement.  And he should.  He’s got his own castle (even though it does have a bit of the haunted, scary vibe now that his wife has passed away and he’s let it fall into disrepair) and he’s had plenty of time to make the most of his life.

The colorized version continued to make him even more attractive.  His attire looks more complete in this version, and those eyes once again capture something that wouldn’t have otherwise been there.

RedPear came back swinging with this portrait, and we’ve got plenty more to show you in the weeks to come.  Stay tuned!