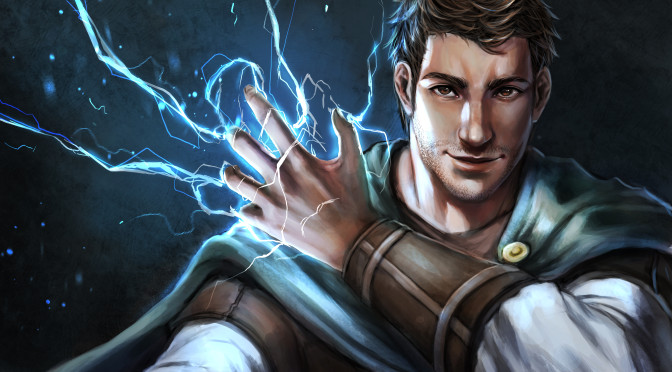 It’s been a while since we’ve had any love for Bolt gracing the pages of Tellest.com, but that’s all about to change.  May is Bolt month,as far as I’m concerned.  Today, and the next two Thursday to follow, we’ll have some Bolt flavored artwork for you, including one piece from a brand new artist.

Today, we’re looking at a piece from an established collaborator of ours.  RedPear has always done a wonderful job for us, and the work that she’s done on Bolt is no different.

We started, as always, with some sketches.

This one seemed a little too “kung-fu” for what we were looking for, but we did approve one other one, which we’ll show you later this month.

Instead, we went with a third option:

This one, I thought, more accurately depicted the kind of arrogance that Bolt had, while simultaneously demonstrating his cool powers. We gave RedPear the go ahead to move forward with this particular sketch. 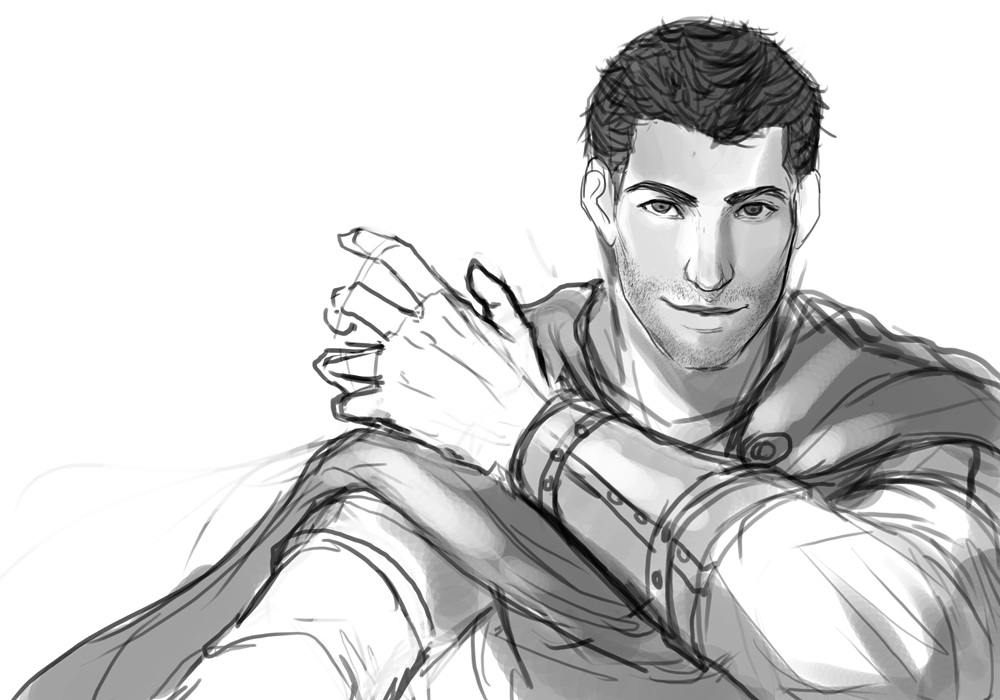 A rough pencil sketch later had us even closer to a finished product. Bolt looks more like himself here than we’d ever seen, and we were really impressed by what Pear did.

With an extra coat of paint, our artist made Bolt look even more impressive.  If you knew who the character Bolt was inspired by, you’d nod in agreement when we said this is the spitting image of him.  Finally, as she’s ought to do, RedPear gave us a full color version of the character.

Three cheers to RedPear for doing an amazing job with this character.  And happy birthday to my brother Matthew who inspired this awesome character!