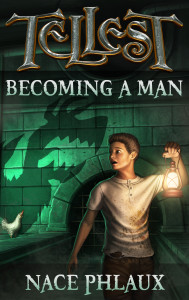 Everyone has their fantasies, but Remy Depoy had the privilege of living through one. When his son asks him to relate one of his memories, Remy picks the time when he was on the cusp of becoming a man. Against all odds, he was thrust into an adventure the likes of which he had never seen, facing all manner of odd creatures until he finally learned what it meant to grow up.

By Nace Phlaux, writer of Coincidence, Becoming a Man is a short story set within the Tellest universe. 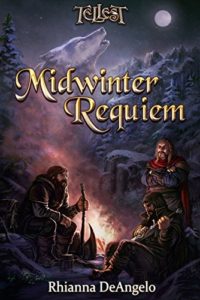 The Coldwhistle Clan has lived atop the snowy mountains of Cracius for as long as anyone can remember, but ancient kings and queens endured eerie, frightening things. Join three brothers as they tell the tale of their first queen, and the choice she made that saved their people.

Ylva was a good queen, loved by many. She was the other side of the coin that represented her husband, Halvard, who loved her, but was stubborn to a fault. When a stranger came to their hall, the fate of their people was throne to the fire, for the blizzard outside threatened to entomb them all. How far would the queen and king go to feed their people? And despite it all, would they persevere?

Midwinter Requiem is part of the Tellest series of stories. It was recently added to the collection, Tales of Tellest: Volume One. Don’t forget to look at other books in the series if you enjoy this one!