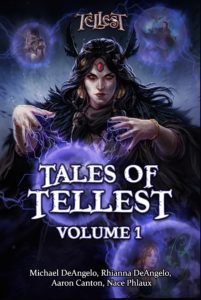 Seventeen stories from the world of Tellest are bound in these pages, including five novellas. Four storytellers come together to tell stories of mystery and intrigue, all wrapped in a veil of fantasy.

Enter a world where magic permeates the very air that people breathe. Tellest is a place where the country is as vast and beautiful as it is dangerous, the cities are wondrous and brimming with possibilities, and everything in between is touched by an otherworldly quality. These short stories and novellas will serve as delightful introductions to this up-and-coming fantasy universe.

Tales of Tellest is an affordable way to enter the Tellest universe.  It bundles many stories at a much cheaper price than gathering them individually.  Tales of Tellest Includes the five novellas below. 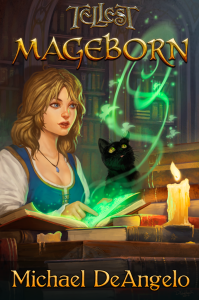 Adelia Kreegan led a normal life until the day her family was viciously torn from her. The miracle of her escape is the curse that haunts her daily. She seeks refuge in the shadows of the nearby city of Viscosa, but an intrinsic ability has brought curious eyes to her. Gaston Camlann is a sage that can show her how to harness her innate powers. Intrigued by the young woman, he offers to teach her the arcane arts. Throughout their lessons, he will teach her what it means to be a true mage, and the dangers that lie on that road. In this prequel tale to the Tellest trilogy, The Child of the Stars, we learn about Kaos Kreegan’s sister after the tragedy that struck their family. You can read this tale out of order with The Bindings of Fate and the other books in the trilogy, but you may find it more interesting to read those novels first. 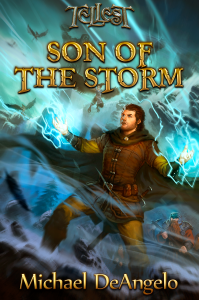 The dwarves of Clan Thunderfury toiled away at the dirt beneath the Goldenscale Cliffs. Day by day, they mined the stone and by night they drank away their aches and pains with a mug of frothy mead or ale. All the while, Dorn Thunderfury felt the outcast among his people. More comfortable among the grass and clean air than the mines below, he was often relegated to banal tasks. His whole world was shaken by the appearance of the human babe upon the hammer of their ancient king. But when Bolt was adopted by the clan, under his care, his place in it was ought to change. When Dorn sat down to tell the tales of his son, they often grew in size and shape. Though there were bound to be some inconsistencies, one thing was true: Even among the dwarves, Bolt was a hero. 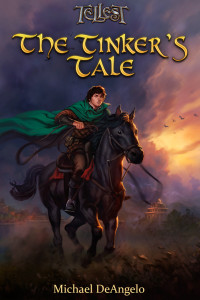 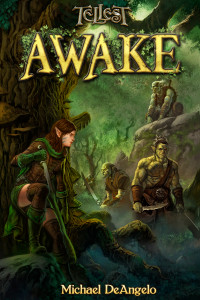 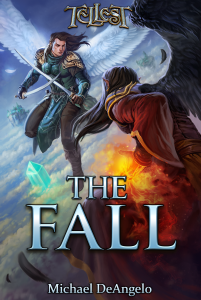