Howdy folks.  We’re wrapping up another busy week with our second Otherworld stop of the day.  But I think you’ll agree, both our tales today were worth turning up for.  We’ve got a bunch more great stories coming your way, so be on the lookout early next week as well.  And don’t forget to sign up for the Tellest newsletter if you’re not already a subscriber, as we’re giving away a lot of great freebies these days!  Onto today’s great book…  Seems we’re talking about heirs a lot today!

Lester Kavanaugh brings a dark and dreary yet colorful urban fantasy set in the American South.  With plenty of history built into this hidden world, you’ll see why Heirs and Outlaws is so intriguing.  Monsters and magic have long held their place in the mythology and mysteries of the south, but Kavanaugh brings it to life in interesting new ways, and he sends two characters you truly enjoy to follow out into the swamps. 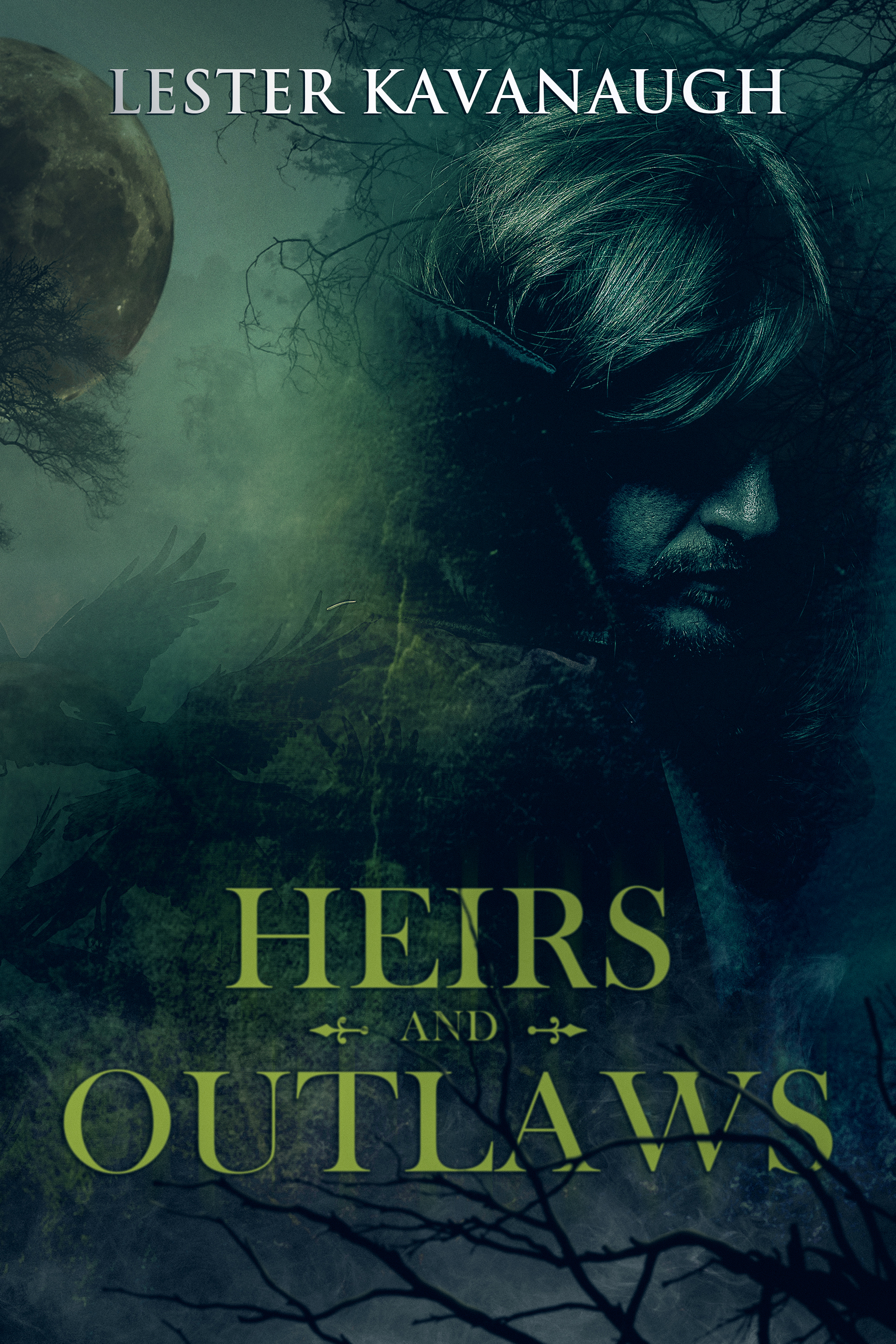 The Blue, a shrouded mire in the heart of the American South. Seemingly harmless to most, but not to the citizens of Argo Fae as they are the world’s only defense against the monsters that call the dreadful marshland home. For thirty years, they’ve held the line between the weak, ignorant public and the beasts that hungered for their flesh. Lately, they’ve begun losing the war.

Caroline, the local religious leader and unpopular member of the town council, is the only one who is willing to admit it. In a desperate attempt to protect her people, Caroline seeks to enlist the help of Vergil Womack, the last of a legendary family of monster hunters. A family her father, and the people of Argo Fae, murdered decades ago.

An uneasy alliance formed to protect the people and reclaim The Blue, but a foul and ancient evil conspires in the darkness plotting to end the long-standing war between the two worlds.

Heirs and Outlaws feels like the kind of story that needs to be digested in quiet reflection.  Kavanaugh’s story is delivered in a way where you can almost see the action unfolding in front of you—Caroline isn’t your typical heroine, and that’s perhaps what makes her feel more real than what you’d normally get in a tale like this.  It has a grittiness that lets you know Kavanaugh isn’t afraid to shy away from chewing up parts of the world he’s built, but a sheen that lets you know there was some real passion that went into developing the story.  Check out Heirs and Outlaws on Amazon today!