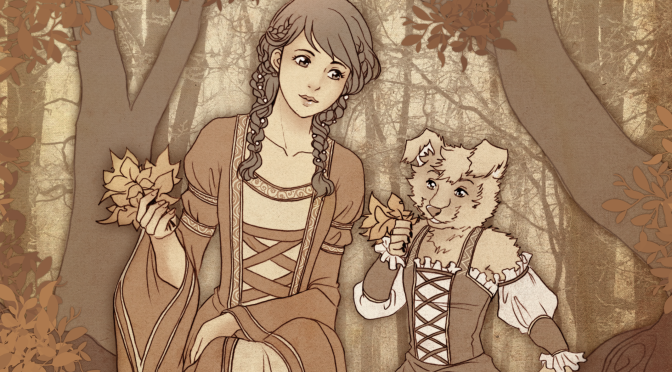 Hello friends of Tellest!  Today, we’ve got a surprise for you in the form of a quirky new tale from our world.  The Littlest Kobold was the story that was written for our highest pledge on Kickstarter last year.  It’s taken a lot of fine-tuning, and you’ll likely notice that it’s much more child friendly and whimsical than a good deal of the things that I write.  Still, it wouldn’t be fair to assume that everything that happens on Tellest is dark and brooding.  Sometimes the tales that are told are just a bit brighter, just a smaller sample of the epic saga that is unfolding.

That said, it is a slightly longer short than that which you may have seen from me lately, so this will be our featured story for the next several weeks.  We’ll start you off with two of our main characters below.  I really hope you enjoy it!

The Littlest Kobold
-Part One-