Howdy folks!  It’s been another incredibly busy week at Tellest as we visit one Otherworld destination after the other.  I always like when we have some kind of exotic stop on Friday, and I’ve got a very cool one for you today.  We’ve been lucky to show off some LitRPGs before, and all good ones at that.  Today we have the honor of showing off one by a renowned author with a stunning track record.

Kirill Klevanski’s Dragon Heart: Stone Will is a shamelessly addicting read that you will have you on the edge of your seat.  Dragon Heart is a mix of LitRPG and Wuxia, something that you may not have seen blended together before, but that Klevanski combines to stunning effect.  It doesn’t hurt that the author has a penchant for great character development, witty dialog, and the kind of story and lore that has you flicking through the pages, eagerly awaiting the next big twist.  It’s a satisfying balance that has earned Klevanski heaps of reads, praise and accolades since he’s been writing it. 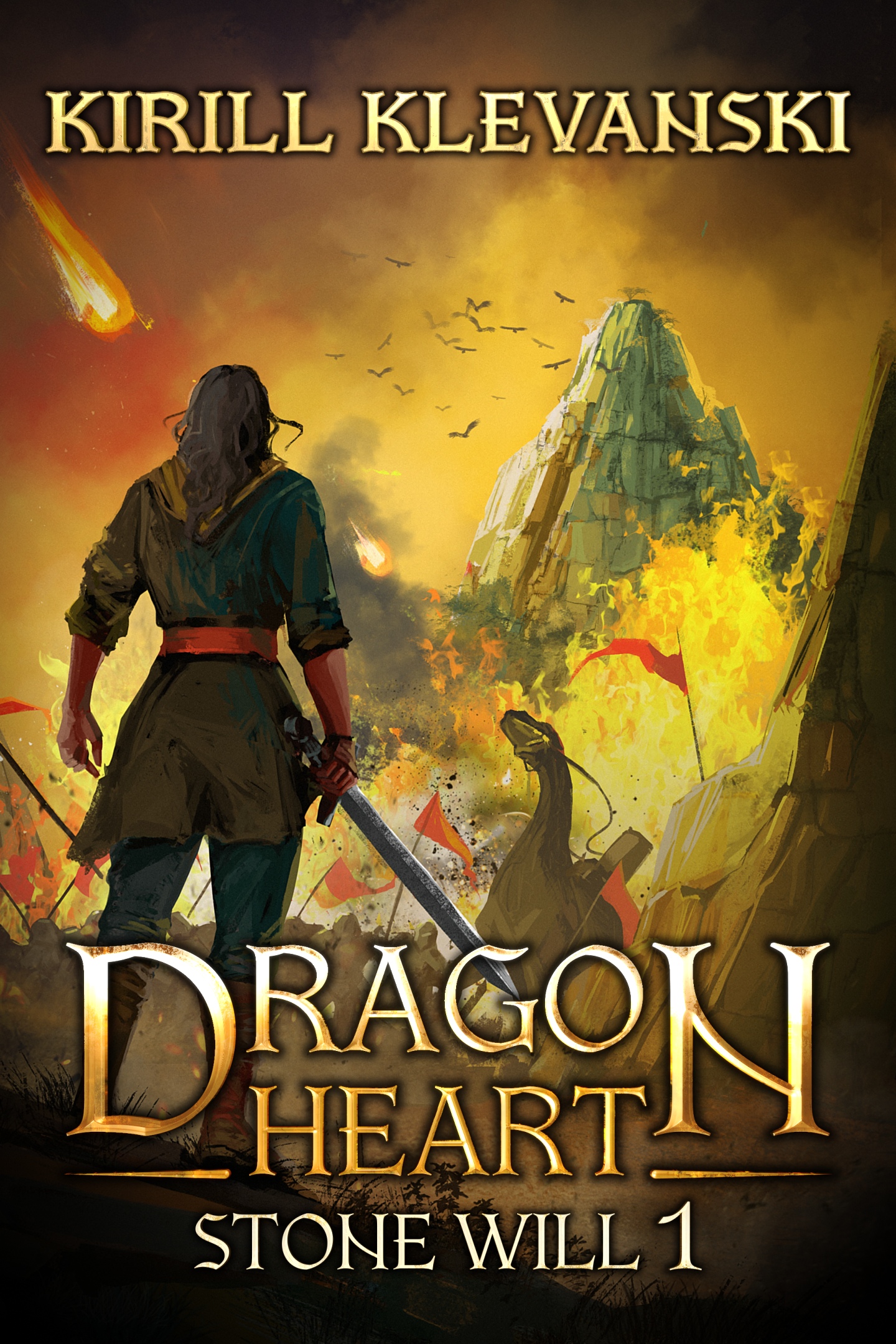 He was born anew in a world where martial arts were indistinguishable from magic.
He only received a neuronet and meaningless desires from his past life.
What lies ahead?
He dreamed of adventure and freedom, but those dreams were taken away from him.
The same way his mother, father, and sister had been taken away.
They took the Kingdom, they took his own destiny.
But he is willing to wage a war, against the whole world if need be, to bring everything back.
Even if the army opposes him, his sword won’t waver.
Even if the Emperor sends the legions, his step won’t falter.
Even if demons and gods, heroes and enemies alike are to unite against him, he won’t bend to their will. His own will is iron itself, unstoppable.
His name is Hadjar and he heeds the call of the dragon heart within him.

Dragon Heart has been a huge success for Klevanski.  With a sixth book coming out this summer, it’s a fantastic time to jump into the first book in the series.  If you’re a big fan of LitRPG, or even if you’re new to the genre, you’ll find there’s a lot to enjoy with this awesome saga.  The story is compelling, the characters interesting, and the promise for new great content is always on the horizon, as Klevanski is a phenom when it comes to his writing duties.  Check out Dragon Heart: Stone Will (Dragon Heart Book 1) on Amazon today!