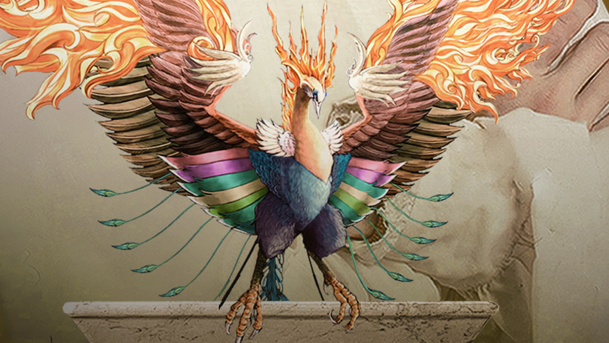 Good morning folks! Earlier this week, we were lucky enough to bring your attention to the new book by Tiffany Skylark, Roquiel and the Phoenix. Today, we’re proud to show you our interaction with this interesting author. Read on to see what makes Skylark tick:

Tellest: Thank you so much for taking the time to speak with me. I’m always interested in what makes other writers tick. What motivated you to begin writing?

Tiffany Skylark: Since I was young, I’ve gotten such a thrill out of creative writing. While I was in school I would always be writing poetry and short stories, whether it was for an assignment, or just for pleasure.

I remember there was a yearly publication called ‘Exposures’ that all of the kids, grades 7-12 county-wide could submit their artwork or writing to. Not everything that got submitted was published, only what the committee deemed to be the best. I was very proud of the fact that I had something in that publication every year that I was eligible to participate. In the 12th grade, they published a short story of mine about a college student that had a fantasy twist to it. I was so excited when people would come up to me and tell me that they had read it and enjoyed it.

As an adult, being able to take the time to create my own characters, worlds and scenarios while working in lessons that I’ve learned and would like to share with others in an entertaining and hopefully evocative way, are all things that keep me going.

T: You’ve been doing this for a while.  What’s the longest time you’ve had an idea for a story without putting it down on paper, and how did the idea change when you finally began?

TS: That would probably be this current book! I got the idea while in college, but I graduated from college 10 years ago! I sat down and wrote the first chapter but sort of abandoned the project for a long time after that.

Then, about 2.5 years ago I decided to see it through and finish Roquiel’s journey. I began working on the book daily and the first book was finally published on April 7th of this year.

The idea has stayed pretty much the same from the beginning, but what has changed is that I have continually tried to better my writing by taking classes, reading books on the topic and watching videos all in the hopes of achieving a more coherent and exciting writing style.

T: You’re a bit of a world traveler. Would you say that you’ve found inspiration in your journeys?

TS: Absolutely! When I was in Spain I saw towering mountains, bustling cites and the underground world of the subway. During my time in Central and South America, I trekked through lush jungles, visited ancient ruins and saw pristine beaches. I worked in a lot of the things that I’ve seen into the landscape of Roquiel and the Phoenix.

The characters in the book have to travel across a good part of the planet and so the descriptions used for all of the different places they encounter in large part, came from my own experiences.

My travels also helped me be able to create the different cultures, ways of dressing and ways of thinking that all of the different groups have on the planet Kitharion. 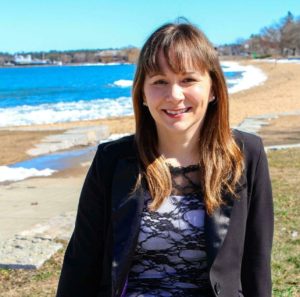 T: How did you go about conceiving Roquiel and the Phoenix?

TS: The name Roquiel came to me one day while I was in college. From there, I started to think about who he was, where he lived and what his life was like. Of course, every story needs a dilemma and that’s where the journey to replace the Life Stone came in. I saw it as a chance for Roquiel to grow up, learn about himself and have an opportunity to show everyone what he was capable of.

I’ve also always loved elves in all of the stories/mythologies that I’ve read. I love how sensitive they are emotionally and to their surroundings.

T: You’re also working on follow-ups in the Roquiel Saga.  What can you tell us about the second book so far?

TS: The second book picks up right where the first left off but it has more elements related to sci-fi and spiritual experiences than the first one. It also will have more action scenes and goes a lot more in depth into the characters personal lives. The reader will come to understand why people did the things that they did in the first book. A lot of surprising twists are in store!

T: What about beyond Roquiel—do you have anything else planned on the horizon?

TS: I’ve recently put a new goal in place for myself and that is to write one novel per year. I love the fantasy genre but I’d also love to branch out and try different things. 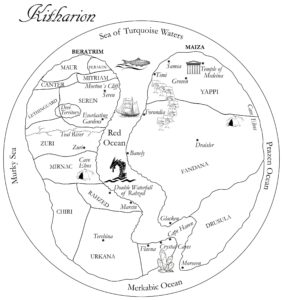 T: You’ve mentioned earlier that the second Roquiel book was going to involve some additional sci-fi elements.  What other genres were you thinking of?

TS: I’m intrigued by a lot of different settings and time periods. I love ancient history and would love to write some historical fiction, probably set in ancient Egypt. On the opposite end of the spectrum, I’ve always been keen on futuristic sci-fi. It’s fun to imagine where technology could take us in the future.

I’ve also come up with a few ideas for fan fiction based around traditional nursery rhymes. There’s this story forming in my mind about Jack’s mother from Jack and the Beanstalk that I’d love to flesh out on paper.

T: How much do you relate to Ava?

TS: I do in the sense that she loves astronomy and reading. She also has a lot of qualities that I wish I had and envy her for, like the fact that she is a skilled archer, is extremely brave and isn’t afraid to speak her mind.

T: What authors do you find yourself most inspired by?

TS: All of my favorite books are part of a series, so that’s probably why I was compelled to do the same type of work. I love Tolkien’s Lord of the Rings, J.K. Rowlings’s Harry Potter, Stephenie Meyer’s Twilight Saga, all of Cassandra Clare’s work and The Bartimaeus Trilogy by Jonathan Stroud. 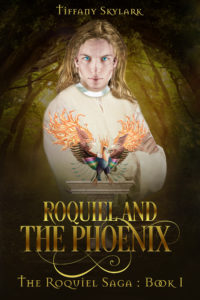 T: By the time the Roquiel saga is done, how many books do you think readers will have the privilege of being able to read?

TS: Definitely three, possibly four. I’ve been playing with the idea of writing the book that Elder Sabio gives to Roquiel at the end of book one, which means it would be the telling of the journey to replace the Life Stone from Roquiel, Ava, and Naki’s first-person perspective.

We want to thank Miss Skylark for taking the time to talk to us about her books and what’s on the horizon. Be sure to stop over at her website to be apprised of all the latest details. And do yourself a favor and check out Roquiel and the Phoenix on Amazon today!

5 thoughts on “Interview with Tiffany Skylark”