Howdy folks.  It’s been a busy week from the Otherworld. We’ve got one last story that’s going to take hold of you and cling tight, especially if you’re among the faith-based crowd.  The author of today’s story does immense work to bring to light some of the horrors of our world.  Not content to leave it at that though, she’s also immortalized her mission in prose, and created a series that appeals to those needing a little extra hope in their life.  It’s a great faith-based fantasy.

Dr. Karyn Darnell’s True Privilege series isn’t afraid to tackle darker subjects.  Her upcoming book, The Unholy Realm, is beautiful and interesting, with a likable lead who evolves along the way.  Purity is a vortex of drama, who sees suffering and dreams of something more—and subsequently receives the power to do something about those desires.  Darnell does a wonderful job of blending romance and fantasy, and she captures magic in this series. 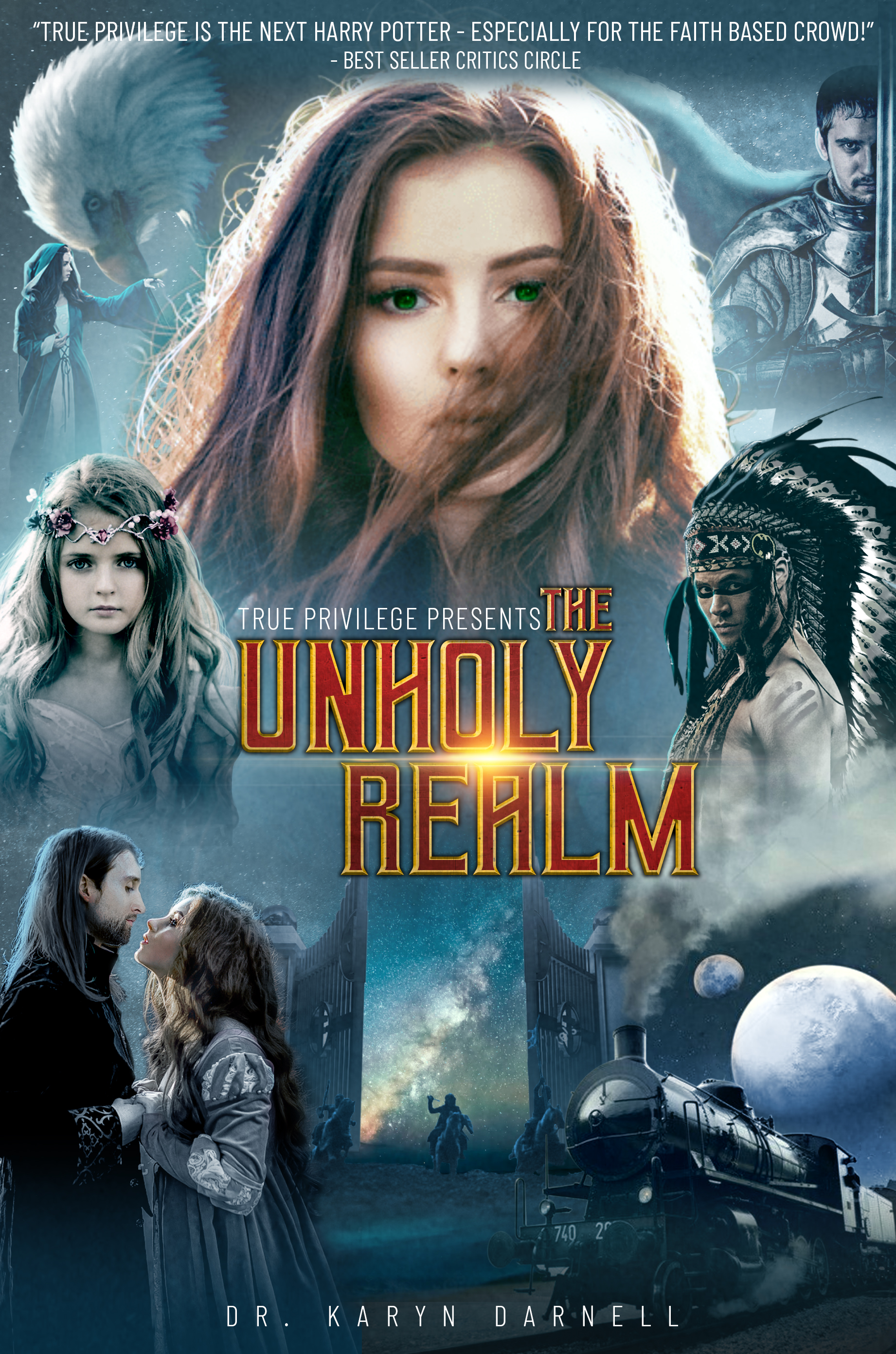 Written by Dr. Karyn Darnell, “True Privilege” is an exciting journey of a family line of abolitionist’s waging a war between two different worlds. New Earth, located in the universe above and beyond, is a whole new world abounding with residents from every generation of humankind, fascinating creatures, Light Beings, the Great Cloud of Witnesses, giant eagles, and breathtaking landscapes.

Called “Truly inspired” by Big Book Magazine, “True Privilege” is the series that the faith-based crowd has been clamoring for, and it fills the void left by the end of “The Lord of the Rings” trilogy.

Dr. Karyn Darnell has been working tirelessly to bring attention to the plight of sex and labor trafficking in this country and around the world. The “True Privilege” series, while fictional, incorporates these real-life issues, and Darnell hopes the books will help bring awareness to this humanitarian fight.

The “True Privilege” series will be available soon and has been called “An epic, daring adventure filled with love, passion, and purpose” by Best New Authors Magazine.

The Unholy Realm is an empowering adventure that you’ve likely been missing without knowing it.  Darnell delivers something great with the True Privilege series.  Once you get your hands on it, you aren’t going to want to put it down.  For all those looking for a faith-based fantasy with charm, intrigue, romance and message of justice and redemption, stay tuned: The Unholy Realm is coming soon!  Learn more about the True Privilege series here.