I absolutely love post-apocalyptic fiction.  It’s even better when it’s somehow mixed with fantasy.  Give me the Fallout with swords and shields, and… well I guess you kind of have Skyrim, but that’s my kind of game anyway.  In any case, we don’t really get enough of those fantasy-after-the-world’s-been-destroyed storylines.

Jared Rinaldi takes that notion and crushes it.  He’s already delivered us a great story, The Undead King, which is the first book in the Saga of Jai Lin.  He’s a bit of a renaissance man, too, with acting and musical tendencies under his belt.  With such a wide skill set, he has a lot to lend to his awesome characters.  His protagonist, Mercer Crane, and even Jai Lin, the sword that his father used to slay the imposing threat of a dangerous general, speak volumes of the kind of delightful fantasy that Rinaldi has set out to spin. 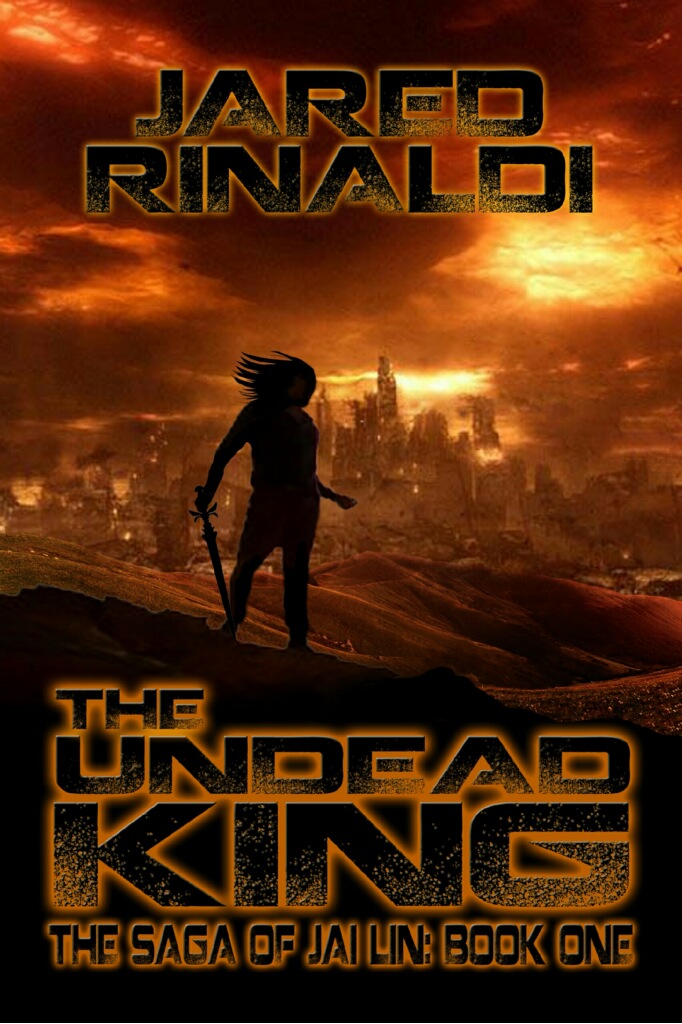 In a post-apocalyptic future, where humankind has descended back into the dark ages, a young swordsman and his small band of allies must stand against the Undead King and his army of ravenous zombies.

There is a war brewing in the Green Lands. East versus west, might versus mind, brother versus brother…

While this battle over power and resources consumes the land, the Undead King is clandestinely marching north. At his command are an army of ravenous corpses, their appetite for living flesh insatiable. In the king’s possession is a sceptre of great power, forged in white fire by the monks of Jai Lin…

Mercer Crane is a young wanderer who has lost everything and means to make a name for himself in the war. He has come into possession of a sword, its edges lined with dark matter. This blade is special, as is the man who wields it, for together, they are the only thing that can stop… THE UNDEAD KING.

That’s the kind of blurb that gets my attention right away, and you can be sure that I’ve already picked up my copy.  The Undead King is free today only, courtesy of Rinaldi.  Make sure to pick your copy up here before it’s too late!