Hey there folks!  It’s been a busy, busy week, filled with lots of great books, from full-on robust epic fantasies, to satirical investigations into what makes fantasies tick, to exciting alternate history fantasies.  Well we’re wrapping the week up with a bang, as we’ll be looking at the spectacular Sophia Freeman and the Mysterious Fountain.

Kids and kids at heart are going to love Sophia Freeman.  She’s adventurous and solves mysteries, learning lessons along the way.  Her adventures are unbelievable and her experiences are wild, and writer T.X. Troan captures it exquisitely, delivering a protagonist that people are going to remember for some time.  Troan also builds a world out of the story’s mysterious island that readers will want to explore further with each book.  In addition to the wonderful prose, the book contains gorgeous artwork as well. 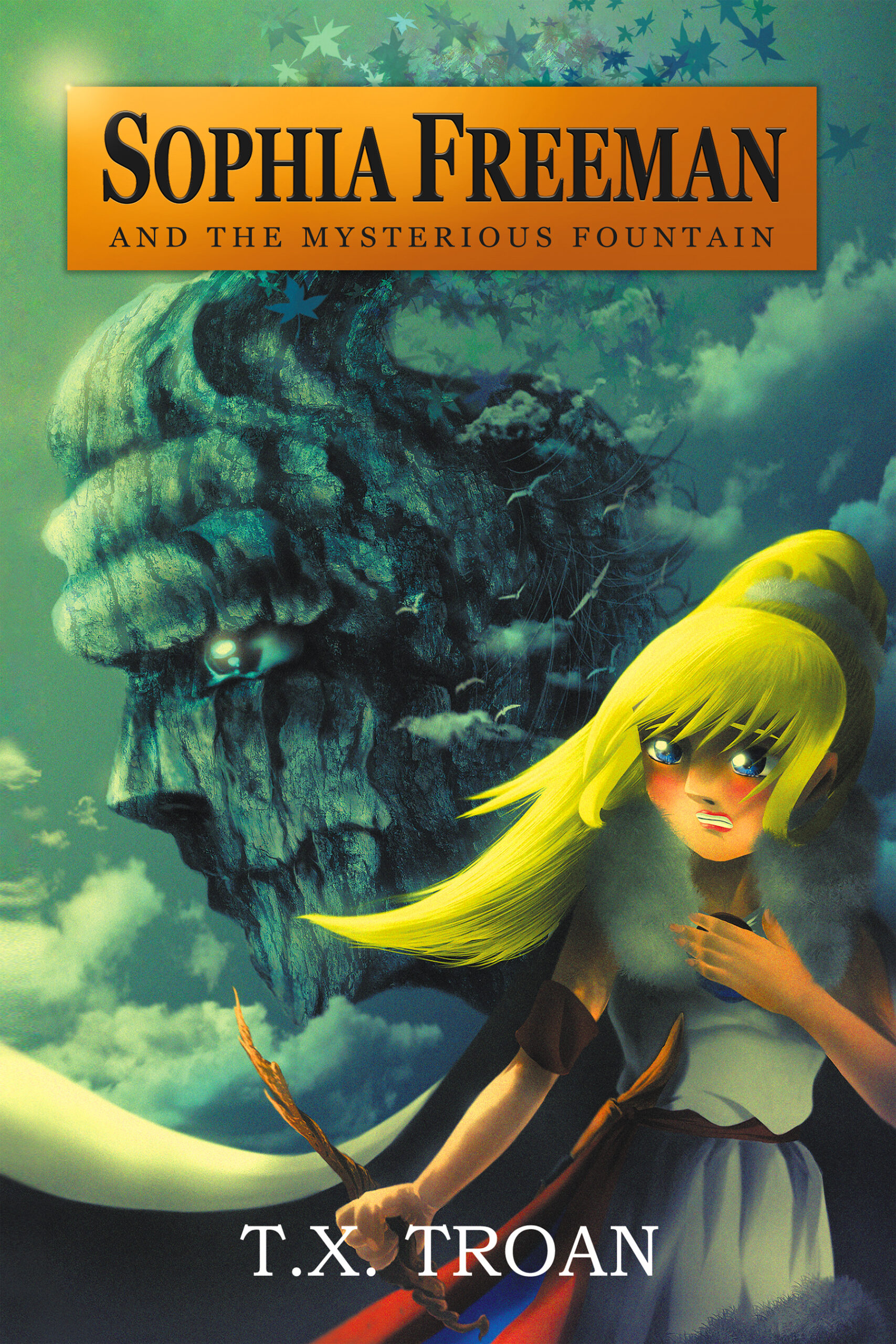 Sophia Freeman, eleven-year-old daughter of billionaire Jerri Freeman, has wanted to be an artist since the day she first held a pencil. Her father doesn’t approve, calling it her silly dream. Even worse, Dad has neglected Sophia since her mother—her greatest supporter—passed away two years ago.

After Dad purchases an island to expand his empire, to Sophia’s surprise, he invites her along for the day to visit the island, expressing hopes of them growing closer. Unfortunately, the trip turns into a nightmare. The place is no ordinary island—it’s a land of magic. After barely escaping an attack by a dark guardian, Sophia sprints to reunite with her father, but discovers his boat is fleeing, leaving her alone and helpless.

As Sophia despairs, feeling betrayed and hopeless, Silimon, a tree boy, comes to her aid. After spending time together and becoming familiar with the island, she is intrigued by the highly evolved creatures and their society, but is overwhelmed by their power of spells.

The moment Sophia thinks her situation can’t get any crazier, she is shocked to learn the island is under a deadly eternal curse. All living things are rapidly decaying and soon nothing and no one—including herself—will be left alive.

According to the tree people’s predictions, Sophia is the Chosen One, come to save them from the looming disaster. But her body is deteriorating, and the only way to prolong her life so she can break the curse is to drink the sacred water from the mysterious guarded fountain.

With her life waning, she gathers her courage and focuses on her spell training in order to survive the journey to the magical fountain. Can Sophia and her companions reach the fountain and defeat the guardian before time runs out?

One of the only downsides to this story is that it will be over quicker than you realize as you tear through pages trying to find out the answer to the mysteries.  Filled with magic and mystical creatures, there’s always something new to be impressed by, and Troan explores everything with rich detail.  Though it is intended for tweens and early teens, everyone can enjoy it, as it captures the childlike adventurer in all of us.  Check out Sophia Freeman and the Mysterious Fountain on Amazon today!  Also, if you want to find out more about T.X. Troan and the Sophia Freeman books, head over to his website.