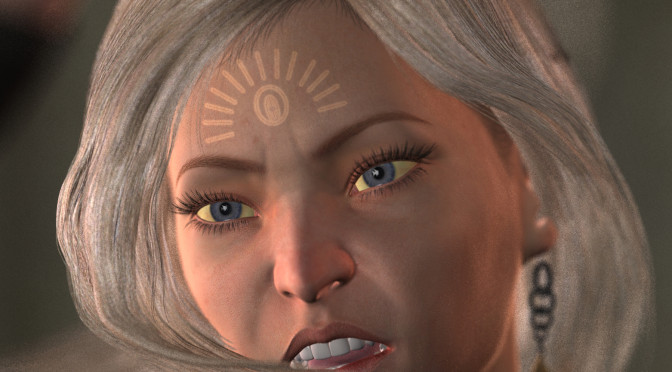 It’s always nice to see some new stories here in Otherworld!  Today, we’ve got a special treat for you from Puerto Rican author Antonio Rodriguez.  He’s got an awesome way of tackling his stories, and you should see that with Marduk’s Mark, the first book in the Wayward Souls series that he’s been working on.  As he works on the sequel to this story, why not check the entry title out?

Marduk’s Mark is set in a fantasy world where there are three races alongside humans: Junex, Threed, and Deelamn. The Junex are majestic creatures, quite capable in the magical arts but also very physically fit. They help the humans out with their little Deelamn problem. See, the Deelamn can become afflicted with an illness called Marduk’s Mark, in which they may suddenly have the symbol of Marduk appear somewhere on their body. This will begin to take their sanity away, eventually turning them into bloodthirsty killers with a particular nasty interest in human blood. The Threed are enigmatic, holding on to ancient knowledge and unwilling to share it. 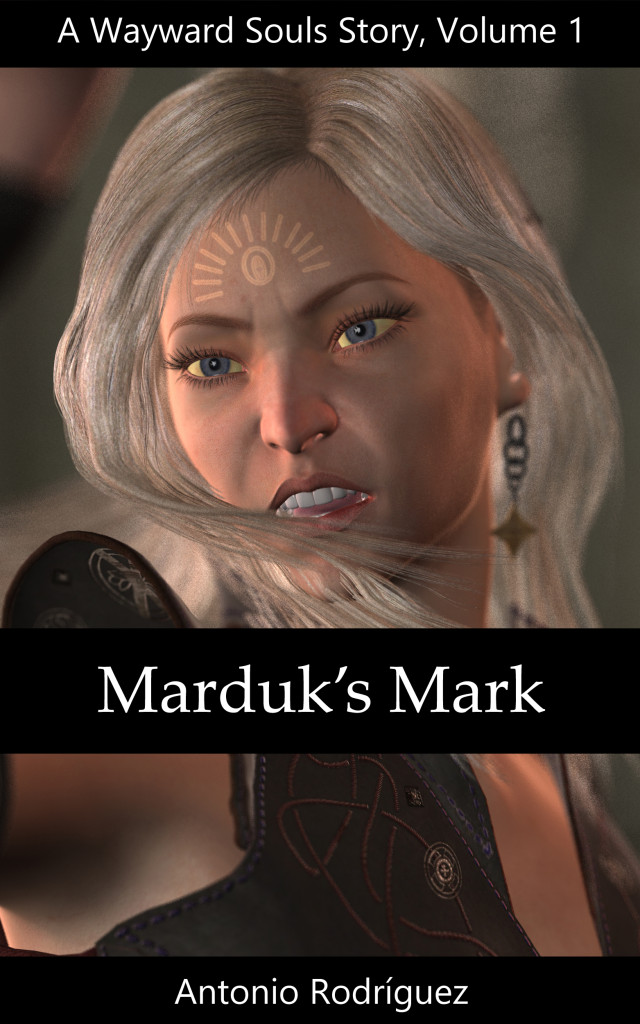 A New Kind of Fantasy World

Within the fantasy world of Eldrath, the human-like Deelamn live as second-class citizens suffering from ridicule and prejudice. Cursed by the possibility of developing the Curse of Marduk’s Mark, an affliction that turns them into mindless, blood-thirsty killers, they are kept in check within the port city of Incantirl by strict inspections and alliances that humans have with two powerful races, the alluring Junex and the reclusive Threed.

An Underprivileged Family Under Duress

The Neeves, a Deelamn family that has already lost one of their own to the Mark is, attempting to find a way to rid their race of this cursed illness with a daring plan: one of their own that can be immune to the Mark, the first known human-Deelamn hybrid! Reysha, a young girl with features from both the human and Deelamn race is the unusual hybrid that holds the key for finding the cure! When Xandra, her mother and a resourceful Deelamn matriarch suddenly falls ill to the Mark, Reysha’s mission becomes much more urgent and personal as the wild personalities among her family threaten her success. Can she succeed as the much better prepared Junex attempt to turn her mother in to the Threed for reclusion within one of their Sanatoriums?

The Beginning of a Saga

Marduk’s Mark is the first story of the Wayward Souls saga. It is presented as a short novel that introduces the readers to the colorful cast of characters that inhabit the city of Incantirl. From the maligned Neeves family to the easygoing band of mercenaries lead by Gregor Reeds and to the imposing Judicator, a figure that represents the strong arm of the Judicar, god of Human Justice, Incantirl is full of ancient secrets and unique characters that promise to draw the reader in and not let them go until the very last page.

If you’re interested in picking up Marduk’s Mark, check it out on Amazon today!