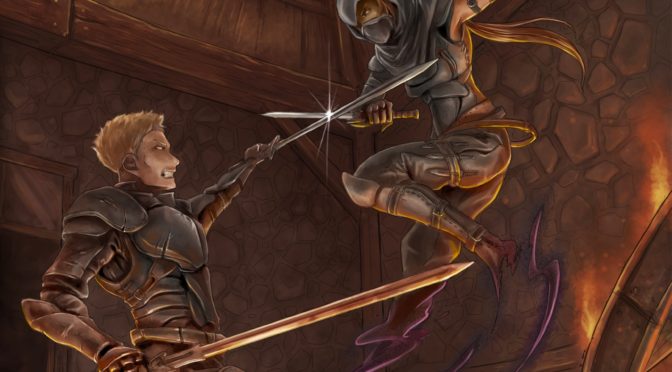 Hello all you fans of fantasy! We have a treat for you today: our first and possibly last big Otherworld promo for the month of August. We’re taking a step into a land known as Tar Ebon, which is as dangerous and sinister as it sounds.

Dayne Edmondson first arrived on the indie publishing scene three years ago with this book, Blood and Shadows. It led to a sprawling set of releases in this world and others, and as a writer, that makes me incredibly envious of him!  But perhaps even more worthy of praise is how deeply engrossed he gathers his readers.  Read on to discover what makes his series, the Saga of the Seven Stars, so compelling. 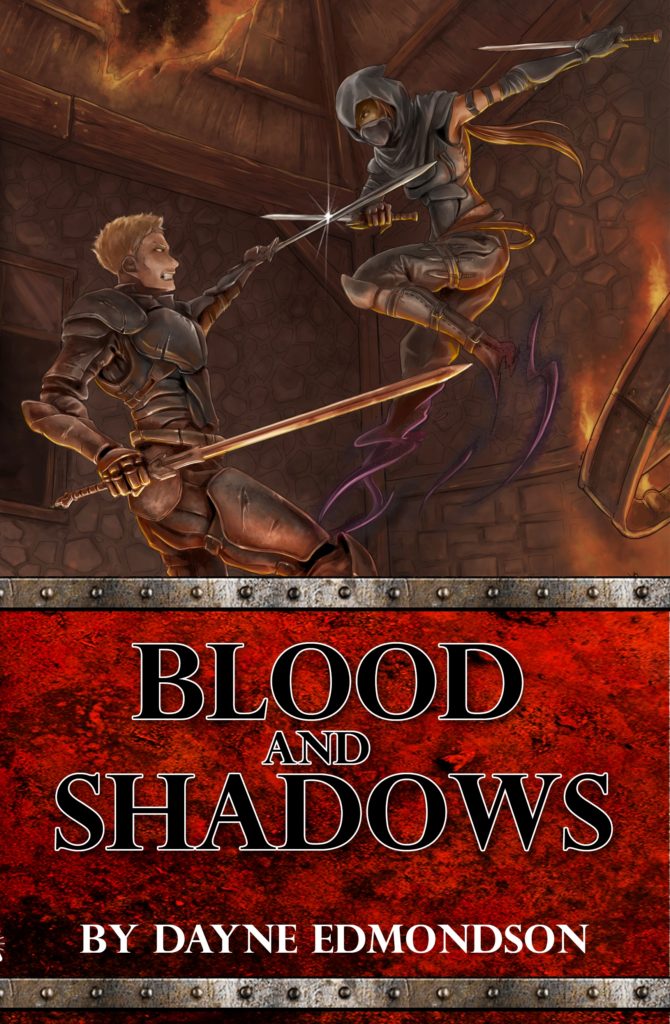 On the fantasy world of Tar Ebon, the overlord of a guild of assassin’s, Lord Garik, seeks to unite assassin’s from around the world against the establishment. They seek to bring chaos and disorder to the world.

The king of Tar Ebon, recognizing the gravity of the threat, summons one of his greatest champions, Dawyn Darklance. Dawyn , commander of the Shadow Watch Guard (the personal protectors of the royal family), possesses the super power to bend time to his will, slowing time on command.

Dawyn assembles a team of super heroes to join him on a quest of heroes to stop the assassin guilds from uniting. First is the fierce druid Anwyn, whom he rescues from captivity. She possesses the super power to transform into almost any animal. Next is the mage Alivia, a beautiful young adult woman with a fiery temper and possessing the super power to manipulate matter and energy. Last comes Favio, the flamboyant minstrel possessing no super powers but instead the power of his tongue and his skill with knives.

The heroes face many challenges while on their magical journey, however. For Lord Garik possesses a veritable army of assassins. He also has two secret weapons. A super powered assassin with the power to “shift” from location to location instantly represents an almost unbeatable foe, while a powerful evil mage stands to threaten all that the heroes hold dear when her powers are revealed.

But the greatest threat of all is what the band of heroes discover in the woods…an alien enemy that could doom humanity.
This novel by Dayne Edmondson, the first book in the Saga of the Seven Stars, introduces readers to the world of Tar Ebon, a fantastical world where mind over matter is more than just a saying and dangerous creatures lurk in the far reaches of the world.

Edmondson has a good idea of where he’s going with the Saga of the Seven Stars series, if this first book is any indication.  And while this tale will have you turning every page until you tear through it, there’s awesome news: the second and third book are already out!  First thing’s first, though.  If you’re ready for a great read, be sure to pick up Blood and Shadows on Amazon today!