Howdy everyone!  We’re back for another visit to the Otherworld, just in time to start your weekend.  While the past few weeks were decidedly all over the place—sci-fi, litrpg, and so on—this week, it seems we’re back to traditional fantasy.  Well, mostly so.

T. Cannon’s Artésque is a pretty massive undertaking.  With a language all its own, and a deep and rich lore that will astound and amaze, it’s clear that the story is only just setting the stage for even greater things to come.  Cannon also has a way of writing situations that you need to see to their end, so you’ll be thumbing through pages quickly to see what’s next in store for the characters he introduces. 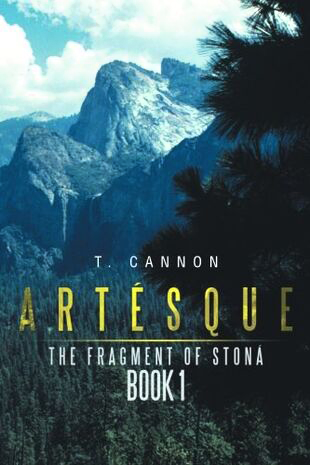 “The land of Artésque, a land of abundance, untapped wealth, and endless possibilities. As Alien as it is alluring for those who sought its safety from war; the Three have lived with a tense peace, these tribes of old forced to inhabited the same lands less they face extinction. Yet, as the sixth year of their treaty draws near, three new additions are made, and for these unlucky brothers, myths and fantasies have become real.”

If you’re into fantasy stories where those of our world visit a strange and exotic place, Artésque is for you.  Cannon blends contemporary characters into a world filled with wild imagination, and it pays off.  And now is the best time to dive in, as there are certain to be more books in this series that will catch your attention.  Check out Artésque: The Fragment of Stoná Book 1 on Amazon today!