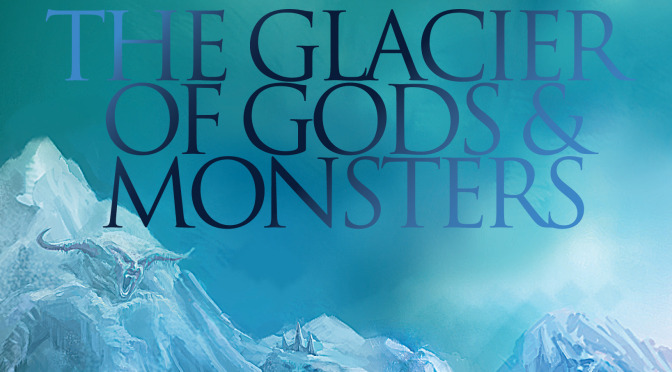 We’ve got a nice established series to show off today, but we’re specifically talking about a sophomore entry.  The Glacier of Gods and Monsters is the sequel to the highly rated Waking Up Dead by Zabe Truesdell.

Souls have power. For thousands of years, self proclaimed gods fought to collect more and more of them, waging battles that raged among the living and the dead. The wars only stopped when they were betrayed by one of their own, locked away in a nightmare prison until they slowly melted away.

An order was formed to ensure such powerful creatures never again came into existence. Upon dying, Thomas Salazar found himself recruited into this order. Within hours of becoming a full member, Thomas now finds the order decimated and himself among the most senior members remaining. The architect of his order’s downfall appears to be someone bent on becoming exactly what he’s now sworn to stop. But to stop this threat, will he become something far more dangerous?

This is the kind of fantasy that I really love to read.  It’s something that takes you out of the ordinary, and delivers this otherworldly presence – a new set of rules that you get to explore.  If you’re interested in discovering more about this series, check out the author’s blog.  You won’t be disappointed!