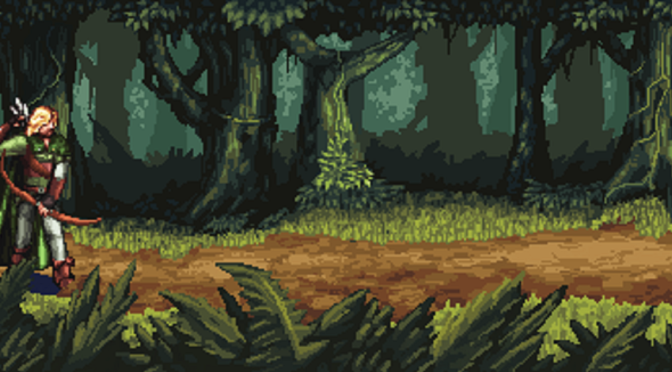 Over the past few months, Tellest has expanded beyond what I think I could have imagined.  With that exponential growth came tons of art, new stories and the beginnings of game development.  That last part is the part I want to talk about today.

I have always wanted to make games, since I was a little kid.  When people would ask me what I wanted to be when I grew up, I told them I wanted to be a “software engineer” – I guess I didn’t realize that the term “game developer” existed at that point in time.

In fact, as early as 2007, I was already “designing” the first game in the Tellest franchise – a tower defense game that explained a little bit of the Stephen Caista (brother to Zachariah) story, while simultaneously explaining how Blacklehn failed to push through the Sentinel Pass to Raleigh.

Now here’s the part that stinks.  Though I’ve always considered myself reasonably intelligent (however erroneous that may be), the concept of reading and writing code has always eluded me.  It may be that I just haven’t given myself enough practice, but with Tellest squarely under my belt, I think its safe to say that if I don’t win the lottery, or the books don’t immediately begin selling tens of thousands of copies each month, I won’t have the time to work on learning code in the near future.

So, with that in mind, I always knew that I was going to have to employ some other method to get my games out to folks.  I thought I could use a heavily GUI-based game design program, like Game-Maker or Multimedia Fusion 2, but I would have been severely underestimating my ability to program at all.  Seriously, I’ve tried and failed, and unless I want it to be a perpetual hobby with no real payoff, I understood the need to move on.

I could not do it by myself – I knew that I needed another hand (or two – or seven) to get projects like these complete.  After I purchased MMF2, I briefly worked on a game called Devour – you can see the concept art from three years ago – with a developer from Tasmania. That fell through, unfortunately.

But when the Tellest Kickstarter plowed through its goal, I had renewed faith in myself and in my little universe.  I reached out to Chris Crawford, and if you’ve been keeping up with us, you can see that we have some very appealing mockups in place.

Now, having art is one thing.  It’s a fantastic thing, but it’s only a piece of the puzzle.  If we want to make Heart of the Forest the best it can be, we obviously need a good programmer.  And here’s where we’ve met our first big snag.  Programmers are not cheap.  I found the one that I want to work with, and he is interested in the project, but we’ve agreed to wait until we have a little more capital in place before we hire him.  It just makes more sense to hire him in bulk rather than for little odds and ends here and there, where he could fall out of the groove that he’s in.

So what does this mean for Heart of the Forest?  It means that we’re going to have to wait a little longer for it to push into full gear.  I’m always the kind of person who wants to make the greatest version of something that I can – that’s why I’ve rewritten the first Tellest book over and over and over.  And that means doing this the right way. We’ll still have some art assets to throw up from time to time, but the charge is going to take place just a little bit further in the future.

In the meantime, I’ll be working on some of my behind the scenes stuff – storylines that need to be in place in the game for everything to truly make sense.  At the end of the day, we want Heart of the Forest to be a game that’s good enough to see on store shelves, and that means its got to deliver on all fronts.

Thank you for being so awesome and letting me talk a little bit about Heart of the Forest!  I hope we make the wait worth it for you!