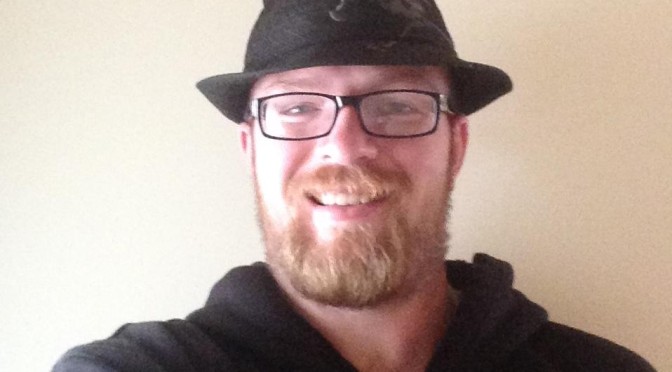 I met Kevin Gallagher in elementary school, and we’ve been harassing each other ever since.  We started out as enemies, but we evolved into acquaintances, and eventually became friends.  When I began writing the Tellest saga, Kevin was interested right away.  After I had finished writing the first story, we began floating the idea of him continuing with one of the characters.  At one point, he even had a rough draft written, but it kind of kicked around in development hell for quite a while.  This was way back in the days of the unspoken novel.  Seriously.  We don’t speak of it.  Over time, he’s attempted on several occasions to try and get some original Tellest content out there, but it hasn’t happened… yet.

At this point, I like to think of Kevin as a sort of modular consultant.  He’s the first person I typically go to when I have an idea that I want to run with.  When it comes to Steel Tip, and his past, I value Kevin’s opinion most of all.

When he’s not working on Tellest related material, or spending quality time with his girlfriend and son (aka Family Adventure Time), Kevin is leisurely pursuing other interesting ventures.  He’s headed a variety of different podcasts, including The Zombcast, OUaT and Happy Hour.  He’s also tried his own hand at writing, dipping into several different projects, including novels of his own, movie scripts and a web series.  A self-professed lover of Kevin Smith, comic books, and The Batman (I’m sure he would cuddle with either if given the option, and probably has cuddled with his comics), he’s got just the right amount of nerdy to press Tellest forward in interesting ways.