When Tellest first formed, it was a one person job.  Michael DeAngelo did all the writing, all the editing and even the cover design, which led to a pretty terrible set standard!

Since then though, Tellest has expanded exponentially.  There’s a rather large team, and everyone plays their part.  With a lot of awesome things coming up in the months to come, there’s never been a better time to learn about the people who bring this fantasy world to life. 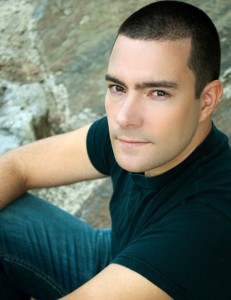 Tellest is the kind of world that can’t be run by one person alone.  While Michael creates the majority of the content, he doesn’t have the finesse or patience to create any of the art with any level of professionalism.  he admits to being terrible at programming and web design.  He’d like to think that I have a decent voice, but not the studio to perform my own voice work.  And as the world of Tellest continued to evolve and grow, he could no longer be the only writer for the series.

Michael DeAngelo has more ambition than he knows what to do with.  When he was seven or eight years old, he determined right then and there that he wanted to be a “software engineer.” That was his pretentious way of saying that he wanted to make videogames. He always created worlds in his head or on paper.  He went through school with massive pads of graph paper and made labyrinths for RPGs that never saw the light of day.  He created sprawling game worlds that never really took off because he instantly gravitated to the next thing.

It never occurred to him that writing was something that he could ever be good at.  Even if you’re one of the people who think that last statement might be true, the Tellest series has grown to be something that he couldn’t leave behind.  Tons of people try their hands at penning a novel.  Sometimes it’s because they want to try and get an unexpected paycheck.  Sometimes it’s because they’re bored.  Ultimately, if and when sales are poor or reviews are worse, there is a part of them that burns up and cracks, blowing away like ashes on the cherry of a cigarette.

For Michael, the Tellest books are almost like people he’s met.  He likes to think of the novels that he’s written as stories that have already been told, but only to him.  He feels it is his duty to tell those tales, even if only a handful of people enjoy reading them.

Some of the things he’d like to do with the Tellest books include, but are not limited to, a graphic novel, a slew of videogames, and a foothold in Japan (Tellest as an anime? Come on.  That would rock!).

Michael met Kevin Gallagher in elementary school, and they’ve been harassing each other ever since.  They started out as enemies, but evolved into acquaintances, and eventually became friends.  When Michael began writing the Tellest saga, Kevin was interested right away.  When the original, ancient story was first finished, the two began floating the idea of Kevin continuing with one of the characters.  At one point, he even had a rough draft written, but it kind of kicked around in development hell for quite a while.  This was way back in the days of the unspoken novel.  Seriously—it isn’t spoken of.

At this point, Kevin operates as a sort of modular consultant.  He’s one of the first people Michael goes to when he has an idea that he wants to run with, whether it pertains to the novels or the games.  When it comes to Steel Tip, and his past, Michael value Kevin’s opinion most of all.  Even though Steel Tip’s story is evolving without Kevin at the helm, his insight is incredibly important.

When he’s not working on Tellest related material, or spending quality time with his fiancé, son, and daughter (aka Family Adventure Time), Kevin is leisurely pursuing other interesting ventures.  He’s headed a variety of different podcasts, currently hosting Everything is Awesome and co-hosting Late to the Game… of Thrones.  He’s also tried his own hand at writing, dipping into several different projects, including novels of his own, movie scripts and a web series.  A self-professed lover of Kevin Smith, comic books, and The Batman (I’m sure he would cuddle with either if given the option, and probably has cuddled with his comics), he’s got just the right amount of nerdy to press Tellest forward in interesting ways.

Nace (not his given name—nobody is that cool coming out of a womb) and Michael happened to meet when they worked at the same company. There were very few positive experiences that could be taken from those dark years.  Among them, however, was the friendship cultivated with Mr. Phlaux.

Nace is the reason the books are edited into a coherent mass.  Before, they were just the scribbles of a madman.  He deciphered and cleaned them up, and now they sparkle—in their own way at least.

He also works on making the presentation all the more magical.  He’s made communication with the outside world more fun and added better ideas.  Most surprisingly, he’s added to the saga.  His stories, Becoming a Man, and Becoming a Monster have released and add greatly to the Tellest universe. 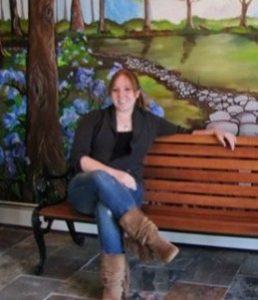 When The Enemy Within was about ready to be released, Michael knew that he needed to find an artist who was able to express his creativity naturally.  He reached out to the people on his social network, and someone recommended he speak to Rhianna Brennan.

She was immediately enthralled by the offer, and jumped on the chance to put her skills to the test.  Primarily an artist of physical talents, Rhianna wanted the opportunity to try a change of pace and try to work in the digital realm.

While her art is no longer featured on any covers, it still exists in various touches here and there in the world of Tellest.  Front covers were initially designed by her and expanded upon by our later artists.

That isn’t to say that Rhianna isn’t still involved in matters of Tellest.  She is the Alpha Reader, the muse, the First Lady of Tellest.  When something doesn’t make sense, or needs some kind of tweak, she’s usually the person who steers Michael in the right direction.  She also had her very own Tellest story published, and it’s become a lot of people’s favorite: Midwinter Requiem.

In October 2015, Michael and Rhianna wed, and now work as a team to find new stories to tell.

Coming off the heels of a successful 2014 Kickstarter, Tellest tried out a few interesting things to spruce things up.  Among them, was a writing prompt contest with prizes that was ran for a few months.

Aaron Canton was one of the winners of the writing prompt experiment, giving us a story called A Practical Warrior.  After that, a little more communication led Michael and Aaron to open a collaboration where Aaron would flex his writing muscle and provide more tales to this growing world.

With such heroes as Jadie Rivers and Laika the golem-maker, Aaron had a delightful way of telling stories.  He’s the second best talespinner by volume, and we hope to continue working with him well into the future.

As Tellest neared its 2016 Kickstarter follow-up, Michael knew that he was going to run into some issues with scheduling everything, paying attention to various social media accounts, and so on.

He was luck enough to meet Erika Castro, a fantasy nerd like the rest of the Tellest crew.  She handles the media end of things (which have slowed since the Kickstarter), and offers up some advice when it is needed.

With so many stories on the docket, it’s as important to look back as it is to look forward.  Every now and then, someone will notice an error that we’ve missed.  Brandi Salazar offers an extra set of eyes in catching those errors.  With her on board, there’s a layer of shine that Tellest can boast about even further!

Leo Borazio, otherwise known as DLeoBlack, is the artist that Michael has been using since the 2014 Kickstarter.  Nearly every cover that Tellest produces uses Leo’s artistic talents, and he’s expanded to things beyond that, including concept art and special holiday themed pieces.  At one point, he and Michael were working on various comics together, but none of these ever seem to stick.

Arguably the second most prolific artist for Tellest (maybe even the most prolific), Red has done a vast amount of work on character portraits, as well as interim book covers for things like NaNoWriMo.  She’s been around for a long time, and we can’t express how happy we are to have her on board our team!

Horace is one of our newer artists, but he’s quickly proving to be a capable talent who is advancing at an alarming rate.  He’s quick to turn around fantastic full-body figures of our characters, and every time Tellest commissions him for new sets, you can see he’s picked up some new tricks.  He’s definitely an artist to look out for!

Francois Jooste has a very important part of Tellest’s history.  He was the one who designed the logo, and he’s a huge part of making the interface look great.  Whether he’s helping out on Kickstarter campaigns or developing new logos for side projects, he’s surely shown his worth for years!

Paul is an incredibly busy man, but every now and then we get the awesome opportunity to work with him again.  He was doing the titling for us for everything that came out in the Child of the Stars trilogy and the Tales of Tellest set, he did a cover for Nace Phlaux’s Becoming a Man, and he has given us some amazing concept art for the races of Tellest.

He’s got a lot of talent to spare, and we hope to see him flex those artist muscles for Tellest more and more as we take off a little higher into the stratosphere in the future!

Though he technically was our second audio guy, Brandon was going to tackle one of our bigger books.  He was all set to start working on The Bindings of Fate before we took him off it.  We weren’t entirely happy with the book in its current state, and it was our plan to clean it up, but after a while of sitting on it, we determined it was better to let it go unnarrated.

Instead, Brandon’s first official work with us was for Son of the Storm.  His command over different voices is tremendous, and we’re very, very happy with what he’s accomplished for us over the past couple of years.

Mark opened us up to audio when he recorded his take on Mageborn, featuring Adelia Kreegan.  He’s since done some work on The Tinker’s Tale as well, and we’re looking forward to working with him again soon!

The newest member of our extended team, Cristina’s first big audio release is going to be dropping in January of next year.  She is going to go back and give some of our older short stories a dose of awesome by narrating them.  We’re going to have them free on the site for now to see how that goes, so keep your ears open for those releases!