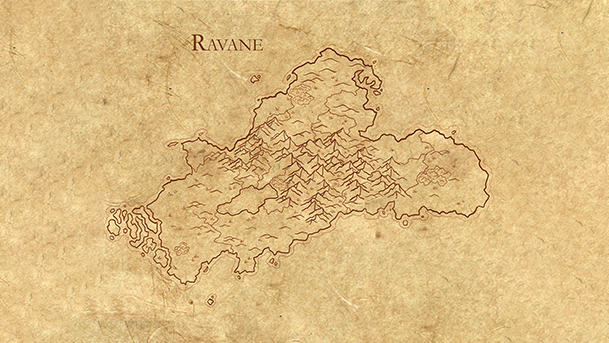 Well hey!  Today, we’re once again looking at some of the lands of Tellest, and I’ve got one that is a pretty cool one for you.  Literally.  Ravane is the northernmost continent on the planet, and it’s got some other very interesting things going for it.  We’re once again talking about a land that I’ve not traveled much, but I can tell you that Ravane was the continent that the Halloween story Searchlight took place on.  And obviously because of that, it’s where the town of Searchlight is, though you won’t see it on this map because we weren’t aware of that at the time! 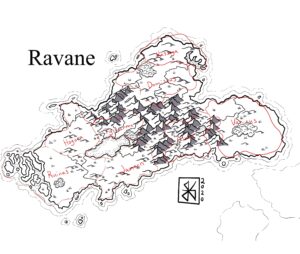 Ravane is known for a few things besides the cold, including its proximity to the continent of Erenea, as well as having the largest lake known on Tellest within its boundaries.  There are plenty of mountains in the center of the continent as well, meaning that plenty of unexplored areas are there, including entrances to the Everdark.  There’s also some less than hospitable areas in the continent that have become kind of a wasteland. 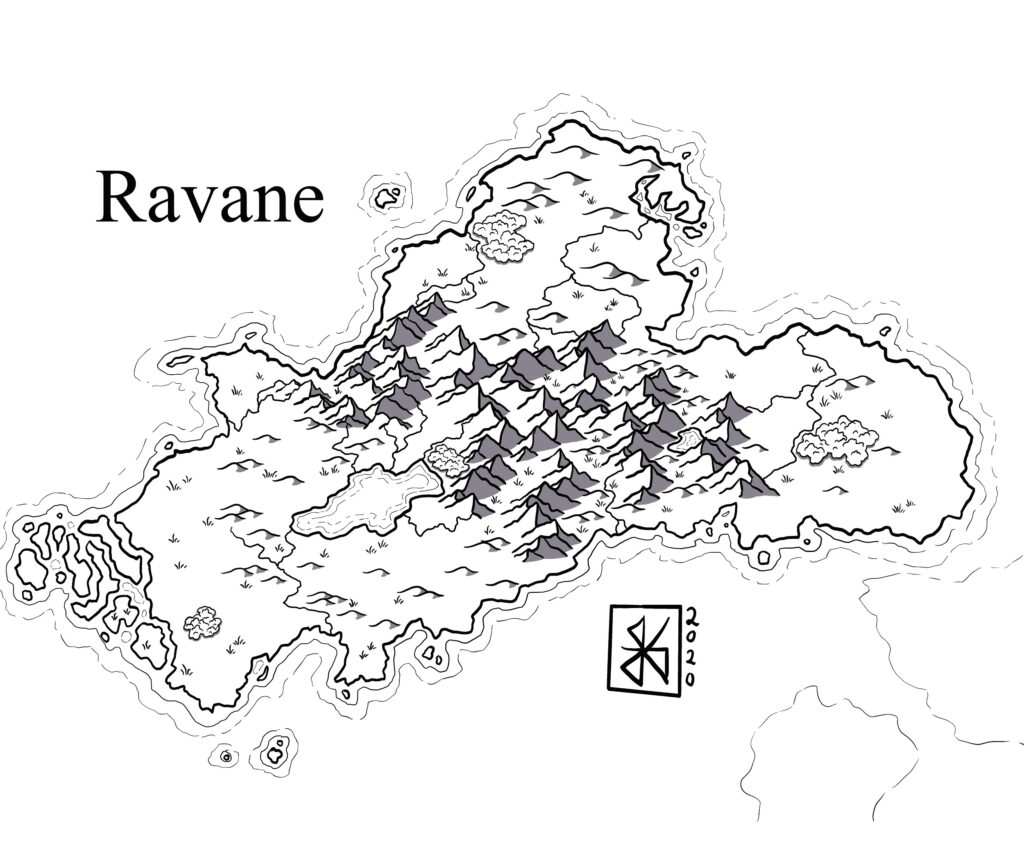 If you look just to the northeast of Kay’s icon, we have that mountain that seems to touch the coast line almost.  Just south of there along the coast, and in front of that little island, is the city of Searchlight.  I ended up using Inkarnate to touch up on a few things, and added a forest and the city there.  Inkarnate allows me to be a little more iterative with my process, as it’s not very cost effective to get a new map every time a small change is made! 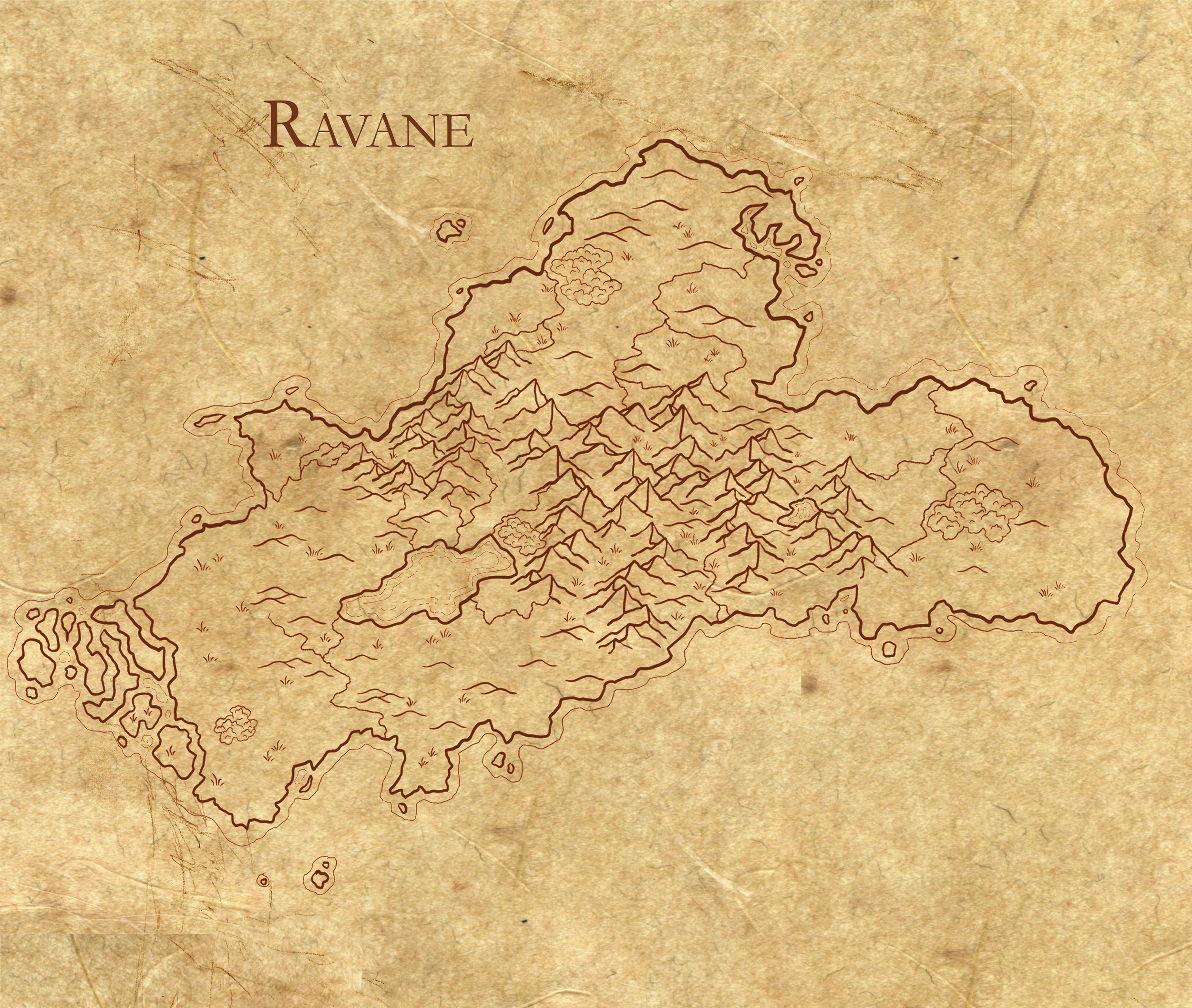 And once again we have a parchment version of the map that was made, which is a great prop for tabletop, and it honestly just looks nice by itself anyway.  I feel like I’ve got the parchment style down pat now, so you’ll certainly be seeing it for the other maps coming down the pipeline.  We’ll have a pretty cool one to look at the end of next month that hasn’t been officially explored yet, but is getting a new Tellest project in a very cool way.  See you soon!