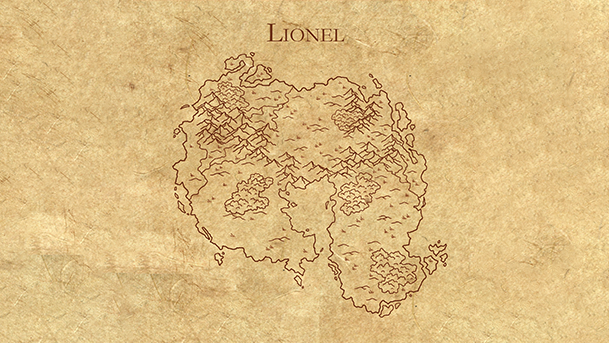 Hello there! We’re back today looking at another new continent that we haven’t spent much time in within the Tellest literary books.  Lionel is a continent that feels a lot like Western Europe, and while we haven’t stepped foot in there in any of the books yet, we’ve met some characters from there in the Quantum Quest game and upcoming novelization.  I also developed a heroic orc character named Lehr’gahl who lives in Lionel that hasn’t been committed to paper, but certainly will eventually.

Once again, we look at the map that Kay Fullmer did for us with the overlays in place first.  There are six countries that kind of go back and forth with territory, but their influence runs a little less dynamic.  Since we’re looking at that old Europe equivalent here, the main races we see are humans, dwarves, elves and orcs.  For the most part, they all get along rather well also.  The southern kingdoms of Vesperia, Tereval, and Skaiya are more human and elvish, while the northern countries of Aerest, Fiore and Kilgis have a bit more of a mix. 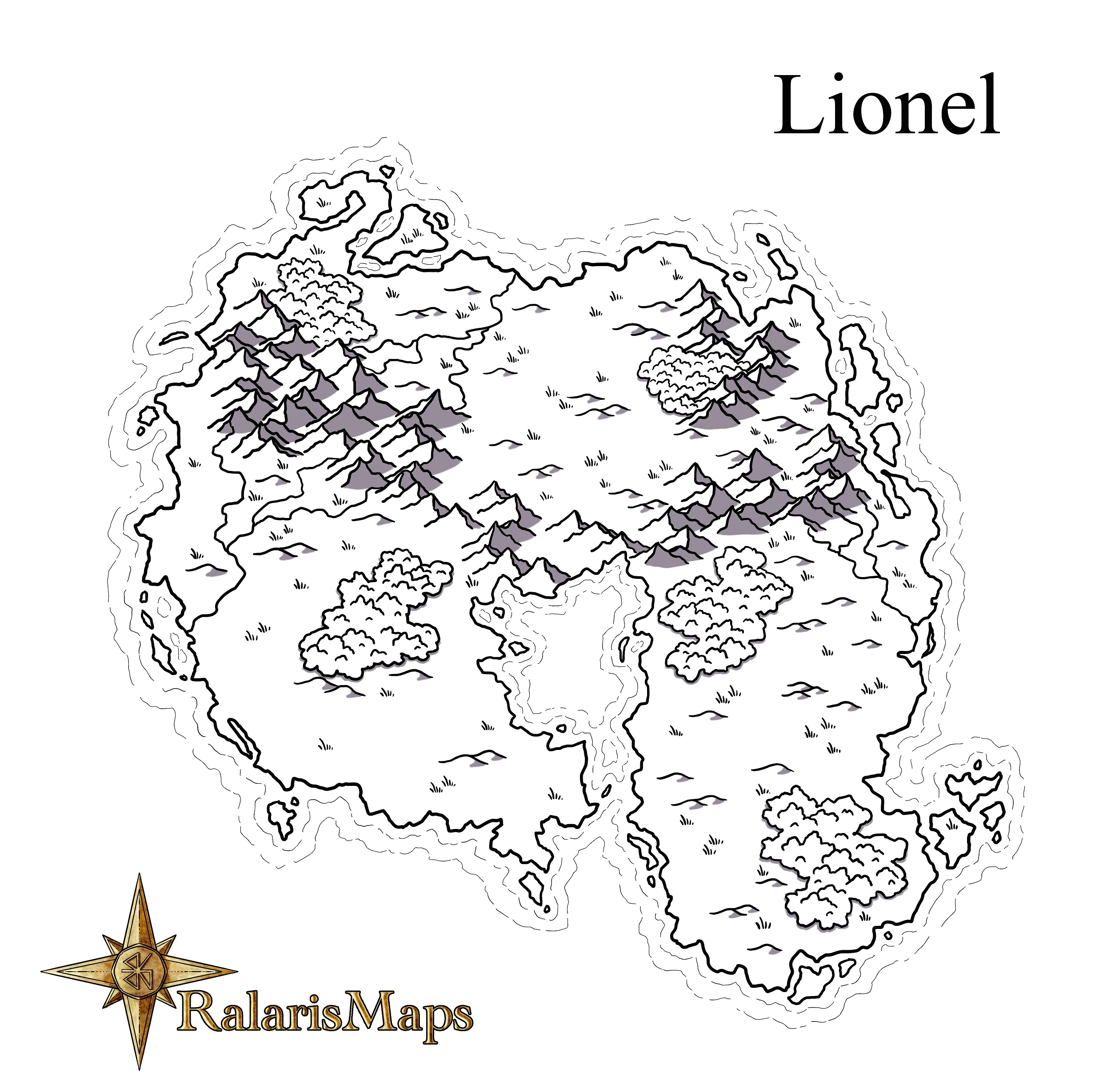 As I mentioned earlier, we’ve met a few characters from Lionel from some of the Quantum Quest material.  Barak Gauth and Al’az Leoric show up in the card game, and Al’az even shows up in the novelization as a heroic character.  It’ll be exciting to get into the nitty gritty of Lionel a little bit more, as there’s a lot of area to explore. 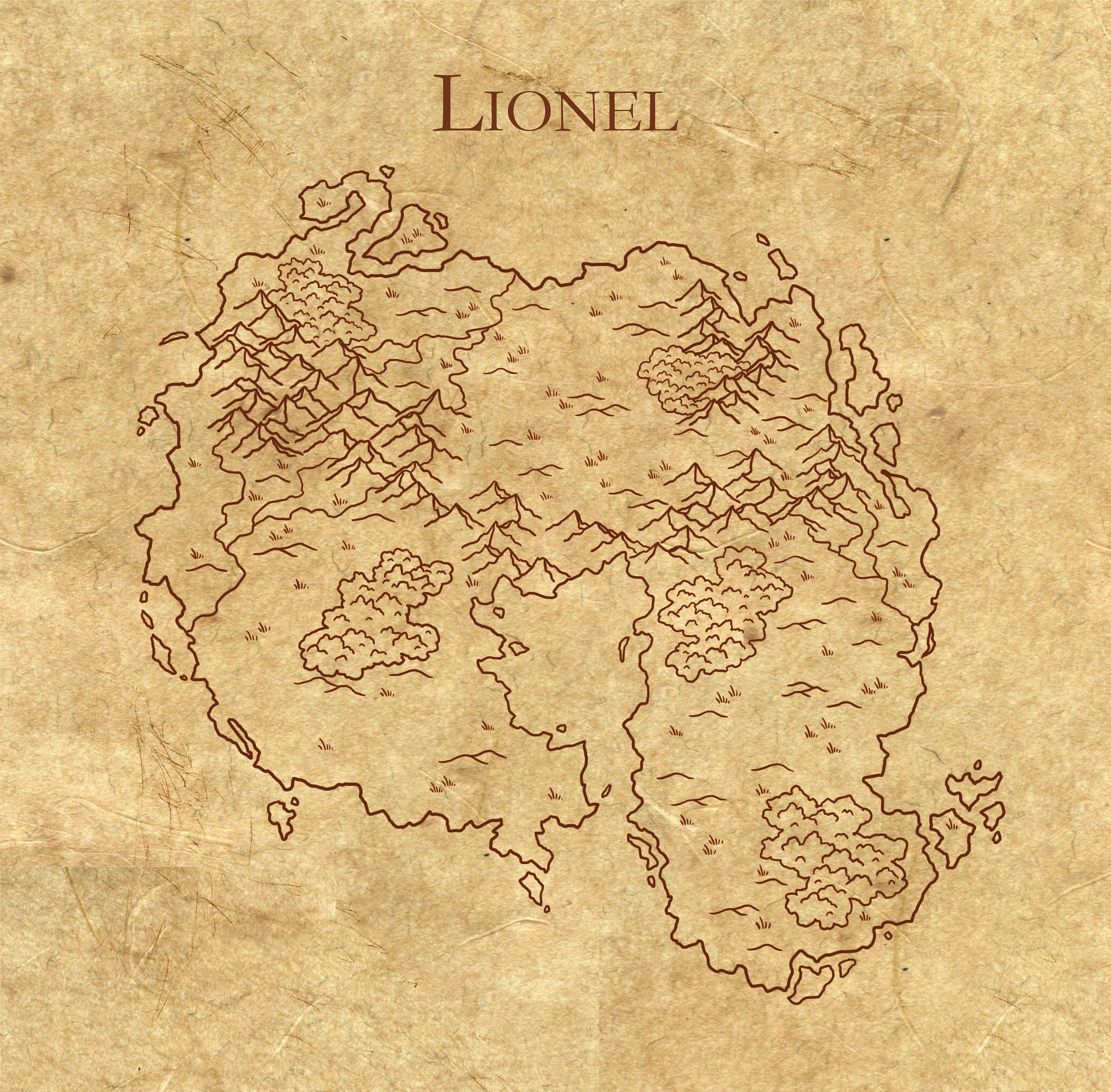 As always, we’re ending with the parchment version of the map, which I am once again very pleased with.  I’m looking forward to showing off more of Lionel in the future, but we’ve also got more continents and cartography coming to you soon, as the world of Tellest is pretty big.  Keep your eyes peeled, and we’ll have the next one ready before you know it!