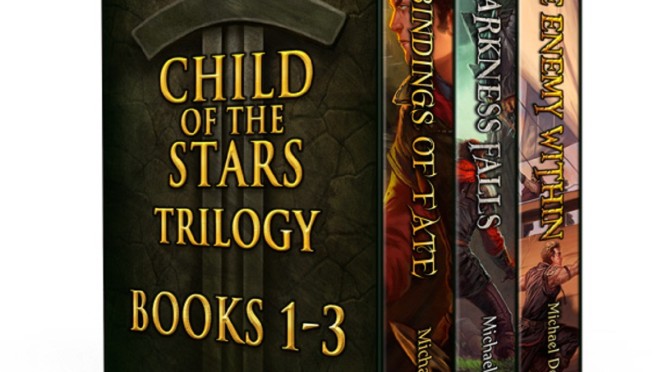 Hello lords and ladies, and welcome to another edition of State of Tellest.  As always, I try to let you know what’s planned for our future, while keeping you up to date on what’s happening right now.

First, some “bad” news, just to get it out of the way.  Over the past year and some change, we’ve been doing an awesome job of getting character and concept art in front of interested fans.  For a little indie publication, this is an incredibly huge feat.  You don’t often get the little unknown guy making a big splash with that kind of thing – it’s the people who have already gained popularity, and fans pour their hearts into art for their favorite new series.

As it stands, we have art that’s going to run for about three more months before we’re all tapped out.  See, that’s part of the plan right now.  Because of where I’m hoping to take Tellest in the future, as well as other life events (Rhianna and I are getting married this year… yay!), I need to be a little more frugal with finances, and invest properly.  That’s not to say that the art will be completely cut off.  I’m going to have certain needs for art that will require my attention (like cover art), and I have certain talented people who are both affordable and dependable, so I will lean on them whenever they are available.  Also, it’s completely possible that Tellest breaks out in the next few months.  When it happened in 2011 (albeit for only a few months) it was a complete surprise, so I’m not discounting the possibility.  But, in the case that it doesn’t play out like that, we’ll still be getting more pieces, just not at the same pace we’re getting them now.  As I said before, it’s ludicrously lucky that I’ve been able to do this as long as I have!  As for some of those other investments…

Part of what I love about Tellest is how accessible it is to other mediums.  This is a written universe about medieval superheroes. How awesome is that?  It would be a wasted opportunity not to try and see where else Tellest could go, and in a lot of ways, we’ve already scratched the surface with ideas (see Heart of the Forest – not dead, just sleeping).  Part of the reason that these have just been scratched, and not really followed to their truest potential is the aforementioned lack of capital.  And one of these ideas has potential financiers, which is an awesome thing to say the least.

In the interest of being transparent, I have about 10-15 ideas for games stirring around in the back of my head (including card and board games and video games).  I really want to be able to set my sights on things like those.  But there’s also plenty of opportunities for Tellest to evolve into the realm of comics as well.  Kev and I have been talking about that for years, and the nature of this universe fits that kind of thing perfectly.  But again, to do that, we need capital, which brings me to my next point.

What’s Next for the Tellest Written Universe?

I might as well get this out of the way first.  The Fall, the final book in this most recent endeavor, is nearly done.  To give you an idea of when I think that will actually be the case, I believe you’ll see me on Twitter next week telling you “the dragon is slain.”  It’s been an amazingly long process – something that somehow wasn’t as daunting for the other four novellas in the Tales of Tellest collection, and I hope that the care and patience I gave to it comes across well to all who read it.  Still, finishing that initial draft is only the first phase of the writing process – Nace and I still have to go through about three waves of editing before it goes to the Tellest street team (don’t forget to sign up for that and our newsletter over on the sidebar – free books are never a bad deal).  I’ll let them mull over it for a few weeks and we’ll try to have it out in time for my birthday in the middle of July.

And here’s the big reveal.  I don’t think that I’m done with the Tales of Tellest.  I really don’t.  It wasn’t done intentionally for this reason, but there were always threads that I lay out a little loosely in each of these stories.  There were ideas that I’d come back to them eventually, but I didn’t think that I’d have the itch this soon.  In fact, I was even ready to pass along the torch for Mageborn to Rhianna, who had a lot to do with the original story.  After some consideration though, I think we’re going to co-write the sequel to that, and I’m going to work on follow-ups to each of the other stories in the quintet, with the ultimate goal being a set of five trilogies (at least). Now, this is by no means a formal reveal of this goal – anything can change, but I’m very interested in continuing these stories.

Now here’s the rub: I’m still committed to continuing the story that was unlocked at the end of The Enemy Within.  There are still things that haven’t been explained.  How did Steel Tip end up in a tower in Blacklehn?  Why was Eltan Mane held captive in Viscosa?  How was Bolt able to use the ring of amplification?  These are all things that need to be told.  And on top of that, there are other novellas that I want to write, too!  I have 11 other novellas with various bits of pre-production done on them, and I don’t want them sitting down on the back burner for too long.  So what’s a nerd like me to do?  I really need to sit down and put my nose to the grindstone.  Last year, I was working on Tellest for at least 2 hours a day.  I’d like to resume that pace and eventually eclipse it – after all, some day I would like to make this a full time job.  There’s no better time to practice than now.

If you’ve been clamoring for some nice summer reading, we released our first bundle on Amazon.  The Child of the Stars Trilogy, books 1-3 are available now for the low price of 2.99.  Three books for the price of one isn’t a bad deal! 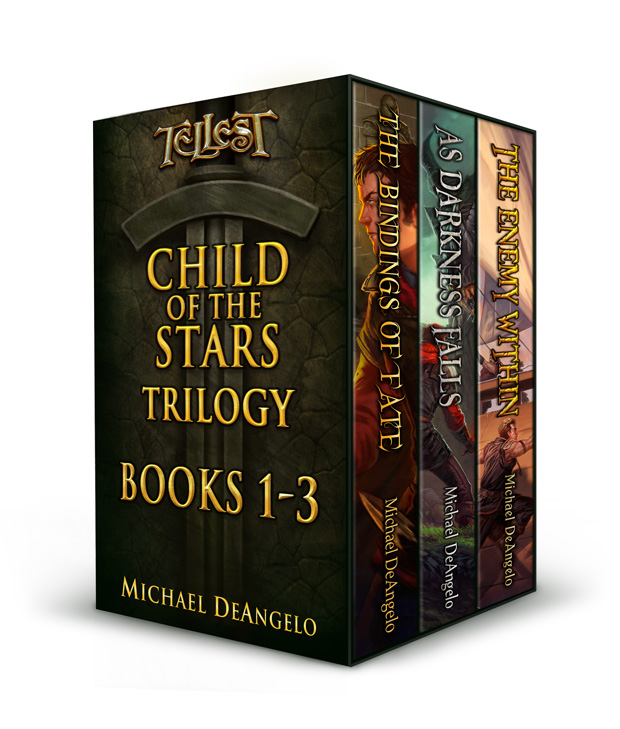 So be on the lookout for The Fall in the next few weeks.  When that comes out, I do hope you enjoy it.  I spent a lot of time on it, and I really hope that it shows.  In the meantime, I hope you’re picking out a bunch of other fantasy books for your summer reads, and that none of them disappoint you.