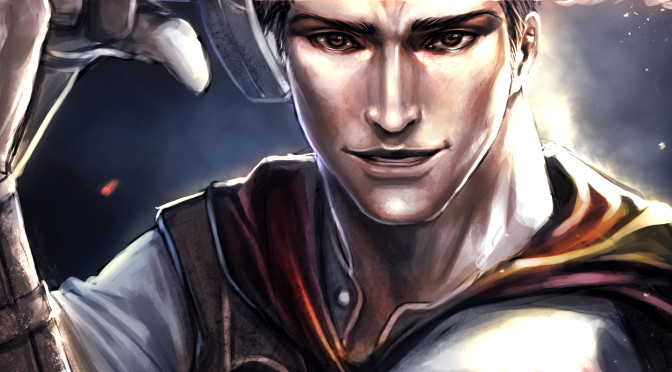 Daylight Savings is here, and that means the winter blues are just about over.  While I don’t really get into any kind of physiological funk, I certainly won’t tell you that my work doesn’t suffer at least a little bit in the winter.  With the days being brighter just a little bit longer, I often find my determination extended quite a bit too.

Things have been somewhat quiet here for a little while.  We’ve had plenty of great authors featured in our book promos, and of course we haven’t gone a week without missing an awesome art update.  We even had a new short story that ran over the past month or so.  But there’s still more to come, and I wanted to pull back the curtain a little bit so that you could see what to expect.

Tales of Tellest: Volume One

While we’re working on the final novella, The Fall, we’re also trying to figure out where we’re at with the rest of the stories that are supposed to comprise this first bargain set of Tellest stories.  First off, let’s just talk about that fifth novella for a moment.  It’s a stubborn itch to be sure, and I’m not sure exactly when it is going to be done, but I can tell you that I work on it every day.  I probably should have expected as such from it – it’s such a crucial element in the overall Tellest story that I should have never been taken as off guard as I was with it.  And even fleshing it out as much as I am, I still feel like it is moving so quickly.  That said, we are nearing the end here.  I can see the light at the end of the tunnel, and at that point, we’re really just putting all the pieces together.  After a quick stop at the editor, the final component will be in place.

We’ve also put together a “final” list of all the stories that are going to comprise this first set of Tellest stories.  Brought to you by a handful of authors, this is going to be one of the coolest things that I’ve ever done, and I can’t wait to actually be able to bring it to you.  Below, you’ll see the list as it stands right now.  Things are always subject to change, as we have a couple other writers who are considering things too, so a reshuffle is always on the table.

Tales of Tellest: Volume One:

What’s that you say?  Volume Two?  Yes, it’s always been in the works, from the moment I started the Kickstarter for the original five.  When you have a mind that flows as much as mine does, it can get a little out of control, but I’m usually able to reign things in enough to get a cognizant idea of what direction I’m trying to go in.  And while I’m not sure of the details of other stories, I do know at least the five novellas that are going to make up this set.  By title alone, see what you can divulge from this:

We’re still a long way away from the second volume, mind you.  These stories are going to be secondary to the return to the feature length novels.  Kaos, Steel Tip, Christopher and all the rest of the heroes from the Child of the Stars trilogy have many more stories to tell, and it’s possible that the scope of the world is going to grow that much wider because of it.

The Enemy Within Rerelease

Part of the Kickstarter deal that I made was getting new art for the original set of books.  We’ve had one that’s been kind of holding out for a while now, but we finally have it in place.  Leo is working on the cover for The Enemy Within, and even without full color, it is a sight to behold.  It really is a great way to end the commitment that was made, and I can’t wait to finally show everyone.  I’m also hoping it revitalizes sales on Amazon and Smashwords, but that’s yet to be seen.

The good news is, after that’s all put together, there’s just the matter of cleaning up The Bindings of Fate a slight bit in an effort to bring it up to the same quality that you’ve come to expect from the novellas.  Four or five years makes a heck of a lot of a difference in the quality of a writer’s work, and I want my readers to be comfortable across the board.  So stay tuned for that!

That’s not all that we’ve been working on.  As always, we’re on the lookout for new talent, new opportunities, and new adventures.  We’re in talks with a few close contractors that you might have seen us work with before, and, behind closed doors there’s a super secret project that we’re beginning preproduction on.  Once some steps have been taken to protect our interests, we’ll announce that.

In the meantime, thank you for being a loyal reader.  We’re going to make sure you never regret putting your faith in Tellest.