Well folks, we’re coming up to the end of an era.  We started working on these sprite art sets early last year, and now we’re officially done showing them off today.  We’ve gone through thirteen other races, and we’re officially at the end, with the trolls of Tellest.

That’s as diverse a line-up as any of the other ones I think you’ve seen in the Tellest sprites we’ve shown off so far.  We’ve got skinny sickly ones, somewhat attractive ones, and monstrous, “gonna-eat-you-up” ones.  But what makes ’em all tick? 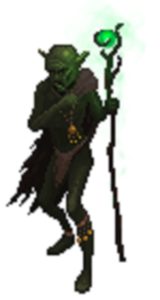 Gaul Vash is a sickly, sniveling creature, who would be considered ugly by any race.  But with all that said, he still adds value to those around him.  As a mage from Kyramas, he’s prepared himself for sacrifice for years, and he’s just looking for the perfect reason.  Perhaps the mysterious dungeon is the one he’s been searching for. 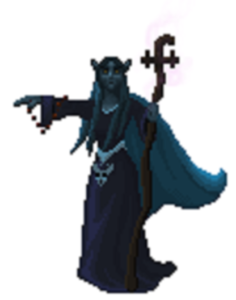 Pash Ert, meanwhile, is on the opposite end of the spectrum, as far as trolls are concerned.  With pseudo-elven features, she’s a very attractive person.  Unfortunately, just as Gaul gives his life to others, Pash takes what she needs.  There is a natural law that she alters to meet her needs: when Pash is near others, she will heal faster, but others won’t heal at all.  She is a survivor from Skar’dell, after all. 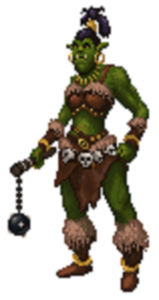 Our third and final troll champion hails from Grim’s Hold.  Quirl Rockfist fulfills the stereotype of what a troll would look like. Long tusks and green, scaly skin might make her look unattractive to the fairer races of Tellest, but to her own race, she’s a tremendous beauty.  She’s tough as nails to boot, and would make a good ally to anyone she could prove her loyalty to. 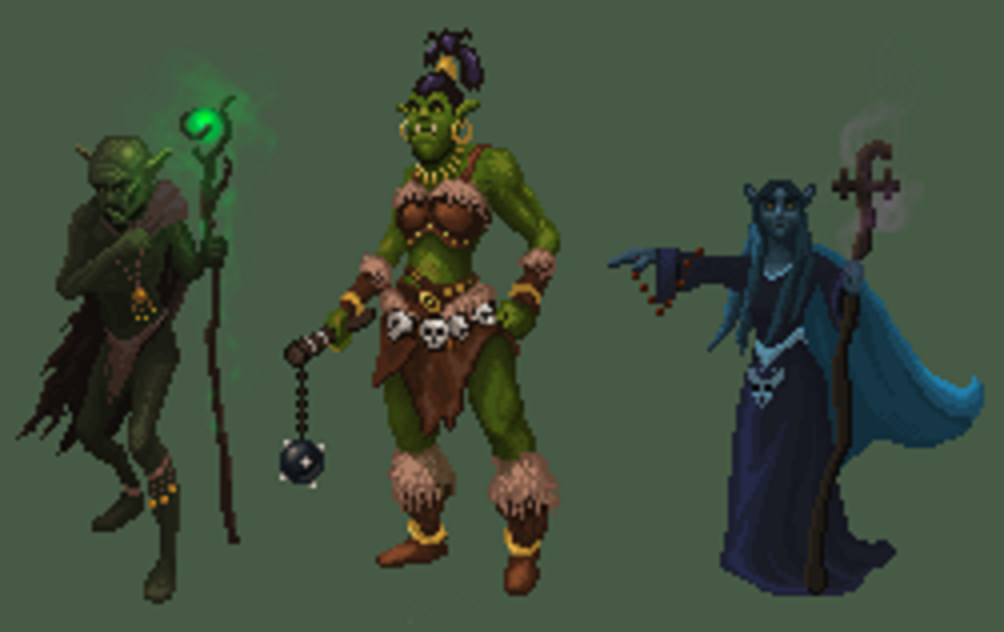 Well, there you have it folks.  That’s the final race group shot that we have for our upcoming card game.  Now, don’t despair.  We still have a lot of stuff left to show off.  Serge did an amazing job with dungeon chambers and backgrounds as well.  We can’t wait to show them off!